Facebook Twitter Copy URL
Copied
From phones that turn into tablets, Lenovo showcases a device that transforms from laptop to tablet

MANILA, Philippines – Everyone knew more foldables were coming to CES 2020, and Lenovo didn’t disappoint. The PC maker officially introduced the ThinkPad X1 Fold, a foldable that can be used either as a 13.3-inch (2048 x 1536) tablet or a laptop complete with a keyboard.

It was first teased in May 2019, but now we have more details of the device. First off, it will come with a “Bluetooth Mini Fold Keyboard,” which attaches magnetically to the bottom half of the screen when in laptop mode. It can be stored and charged wirelessly in the system when in tablet mode. It will come with an OLED display co-developed with LG, will be powered by Intel processors, and will run on Windows 10.

Intel is more than just a chip supplier for the devices as the company also helped to “overcome the hinge’s mechanical and electrical engineering challenges,” according to Lenovo.

Like the tweaked version of Android found in the Galaxy Fold to accommodate the shifting form factor, Lenovo says that the X1 Fold will also have mode-switching software baked into its version of Windows 10 called Windows 10X. However, the X1 Fold will initially ship with basic Windows 10, with Windows 10X coming at a later date. The enhanced OS will allow the device to “adapt to multiple use cases,” the company said.

Lenovo proposes several usage configurations, from dual-screen laptop orientation to a tablet-with-keyboard form. Here it is folded like a notebook: 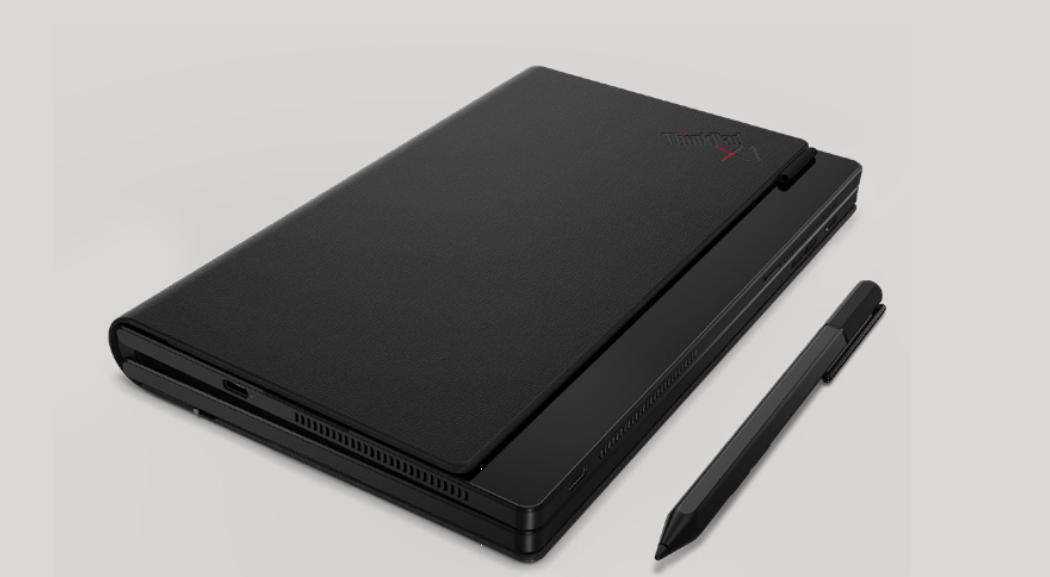 In full-tablet mode, and laptop mode with the keyboard:

A stand will be sold separately to prop up the screen in tablet mode.

It will also come with Dolby Audio, and an Active Pen stylus. Native 5G connectivity will be an option in the future. – Rappler.com