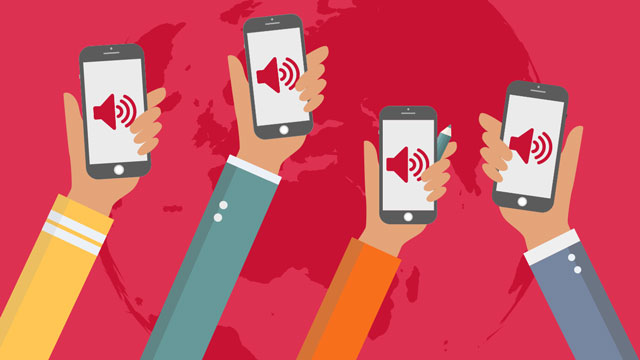 MANILA, Philippines – Digital rights group Access Now, alongside 29 other organizations, urged a number of Gulf governments to unblock Voice Over IP (VoIP) platforms so people could use it to make calls and video chats over the internet.

The organizations petitioned the United Arab Emirates (UAE), Qatar, and Oman to permanently lift a ban on VoIP services, as they caused “serious problems for the people living in those countries, especially the majority of migrant workers and foreign national residents who need to connect and communicate with their families and communities overseas.”

This includes citizens of the countries who want to talk to loved ones abroad.

Some leeway, but not enough

Due to the concerns about the coronavirus pandemic, both the UAE and Oman have taken some steps to temporarily relax their restrictions.

The petition said the UAE unblocked, “on an ‘exceptional’ and temporary basis, apps that allow for distance learning such as Microsoft Teams, Skype for Business, Google Hangouts, and Zoom.” Oman’s government has made similar moves. Meanwhile, Microsoft Teams and Zoom are usable now in Qatar.

That said, other applications, such as WhatsApp, Skype, and FaceTime are still blocked.

In urging for an unblocking of the apps, Access Now said the restrictions “have a severe impact on people’s fundamental rights of freedom of expression, privacy,  and access to information.”

The World Health Organization and governments use WhatsApp chat bots and a host of platforms to get information out to those who need it. If the block remains, it would prevent the Gulf population from accessing communities abroad and resources they might need during this pandemic.

“In addition, platforms that provide Over-the-Top (OTT) services are often cheaper when compared to pay-as-you-use services, such as SMS and long-distance calls. Members of the migrant worker community and those who cannot afford to make long-distance calls will be disproportionately affected,” the petition added.

Aside from unblocking specific VOIP services permanently, the petition urged the Gulf governments to make work further on providing access to an open, secure, and reliable internet connection for the people.

The full petition, along with the list of signatories, is available here in English and in Arabic. – Rappler.com