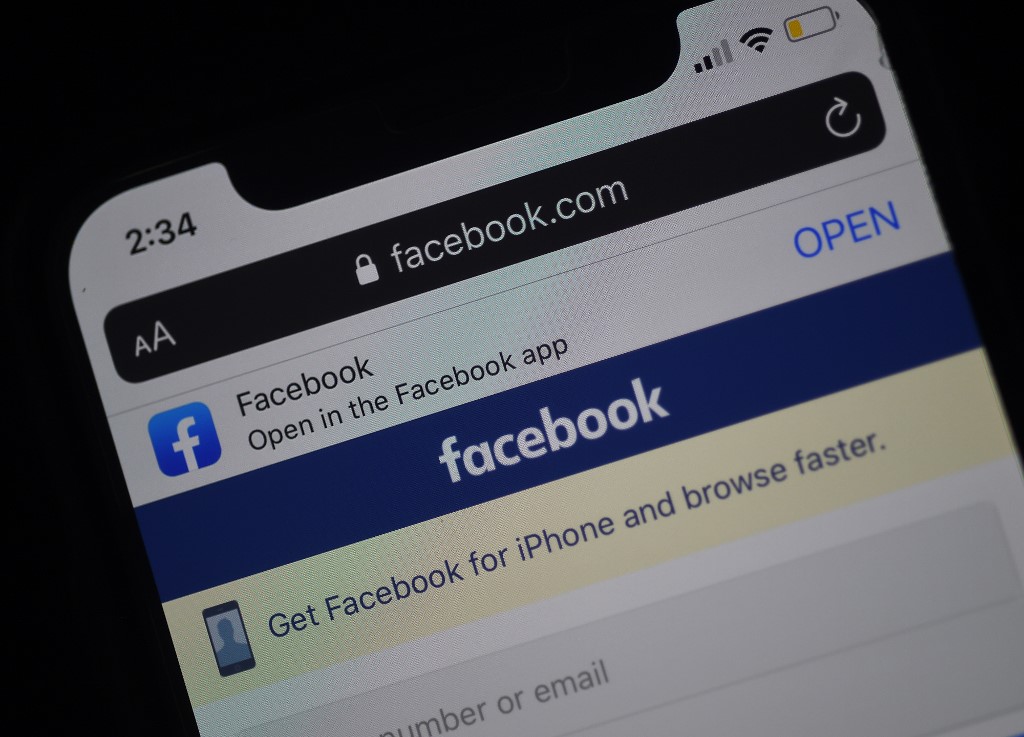 SAN FRANCISCO, USA – Facebook disrupted a “violent US-based anti-government network” and vowed to give original news priority as it remained under fire for what it takes down and lets stay.

The moves come as Facebook faces an advertiser boycott that has morphed into a global digital activist campaign aimed at curbing hateful and toxic content on the social media platform.

The disrupted network was loosely affiliated with the “Boogaloo” movement, whose followers have appeared at recent protests while heavily armed, the Silicon Valley-based company said Tuesday.

The group is distinct from the broader “Boogaloo” movement in that it actively seeks to commit violence, Facebook said in a blog post.

“This is the latest step in our commitment to ban people who proclaim a violent mission from using our platform,” Facebook said.

The social network reported that it removed 220 Facebook accounts and another 95 Instagram accounts, along with 28 pages and 106 groups “that currently comprise the network.”

Facebook added that it also took down more than 400 other groups and more than 100 other pages where similar content was posted.

“Officials have identified violent adherents to the movement as those responsible for several attacks over the past few months,” Facebook said.

The Boogaloo movement is not organized, and the ideology shares followers with some neo-Nazi and white supremacist groups, as well as with libertarians and anarchists.

Facebook said it first spotted “initial elements” of the movement in 2012 but has only been closely following it since 2019.

“We expect to see adversarial behavior from this network including people trying to return to using our platform and adopting new terminology,” Facebook said.

Few had heard of the Boogaloo movement before this year. But recently, the Justice Department charged one of its followers, California Air Force Sergeant Steven Carrillo, with the drive-by killing of an Oakland police officer during May 29 Black Lives Matter protests.

Carillo is accused of killing another policeman eight days later in an ambush after his van was discovered – laden with weapons and bomb-making materials – near Santa Cruz.

The killings came after the May 30 arrest in Las Vegas of three self-styled “Boogaloo bois” who had assembled weapons and Molotov cocktails with the aim of sparking violence during a Black Lives Matter protest.

The “Boogaloo” movement, which has adopted Hawaiian shirts as a uniform, promotes “a coming civil war and/or collapse of society,” according to a Nevada federal prosecutor involved in a criminal case against alleged members.

Facebook also vowed to give priority to original news reporting as part of an effort to divert attention from spam, clickbait and specious articles.

Additionally, the social media giant said it will downplay news stories that lack bylines that can be verified or from publishers that don’t clearly share information about their staff.

“We’ve found that publishers who do not include this information often lack credibility to readers and produce content with clickbait or ad farms, all content people tell us they don’t want to see on Facebook,” Campbell Brown, Facebook’s vice president for global news partnerships, and product manager Jon Levin said in a blog post.

The boycott gained momentum amid the latest civil unrest as activists pressed Facebook to be more aggressive about curbing racist and inflammatory content, including from President Donald Trump.

Facebook appeared to respond late last week by announcing it would ban a “wider category of hateful content” in ads.

Chief executive Mark Zuckerberg said Facebook also would add tags to posts that are “newsworthy” but violate platform rules – following the lead of Twitter, which has used such labels on tweets from Trump.

The changes announced Tuesday are aimed at stories displayed in the Facebook users’ News Feed.

Brown and Levin reasoned that original reporting by new outlets is “important journalism” that “takes time and expertise, and we want to ensure that it’s prioritized on Facebook.”

Facebook will start with English language news and subsequently expand to include other languages.

The platform will also check articles for bylines or staff pages at publisher websites to help determine who is behind stories.  – Rappler.com