YouTube now uses HTML5 by default on the web 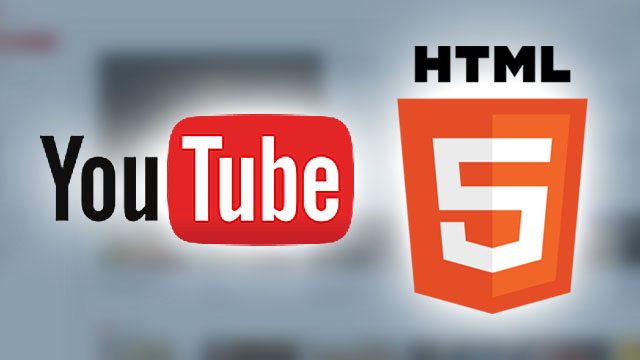 Facebook Twitter Copy URL
Copied
For the average online browser user, this won't have a direct impact on the day-to-day activity of browsing videos other than being able to see videos with less buffering

MANILA, Philippines – YouTube recently switched default players for its videos, supporting the HTML5 standard for its videos as the default on Google Chrome, Internet Explorer 11, Safari 8, and beta versions of Firefox.

In a blog post on Tuesday, January 27, YouTube said it was switching the default player from Flash to HTML5, following work with browser vendors and the community at large to close gaps in HTML5 support.

YouTube also deprecated its Flash API and the flash <object> embeds style following this development, encouraging users who embed videos to use <iframe> instead.

CNET noted that Flash was the norm for videos 10 years ago, but it was opposed by web standards supporters who did not want one company – Adobe in this case – to be the sole owner and controller of a particular technology.

For the average online browser user, however, this won’t have a direct impact on the day-to-day activity of browsing videos other than being able to see videos with less buffering.

For the long-term, however, adoption of web standards in general, and open development to improve the backbone of the World Wide Web in paricular, are seen as net positives. Flash player usage is likely to remain only on sites that don’t maintain their technology accordingly. – Rappler.com