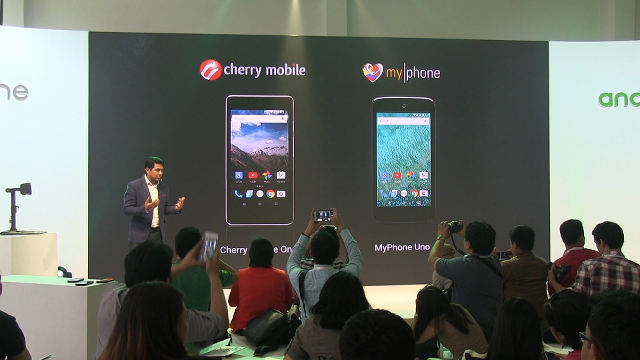 MANILA, Philippines – Following Android One’s entry into the Philippines, both Cherry Mobile and MyPhone have some information already available regarding the release of their phones, the Cherry Mobile One and the MyPhone Uno.

According to a Facebook post from Cherry Mobile, the company has already begun its rollout of the Cherry Mobile One, with its price set at P3,999 ($90.57). Aside from the phone itself, the purchase will also net users an free 8GB SD card for their phone. (WATCH: Android One in the Philippines)

MyPhone, on the other hand, does not appear to have an announcement on Facebook. Yugatech reported that a MyPhone store in SM North Edsa has slated the MyPhone Uno to be available by Friday, with the price set at P4,599 ($103). That will reportedly also come with a free 8GB MicroSD Card

The specifications for the two phones, according to information from the Philippines’ Android One page, puts Cherry Mobile One at an advantage for its price point. The amount of storage given – at 8GB plus the free 8GB card for added storage – also puts it slightly ahead of MyPhone’s offering, at least until the MyPhone Uno rolls out with its final, official pricing. – Rappler.com