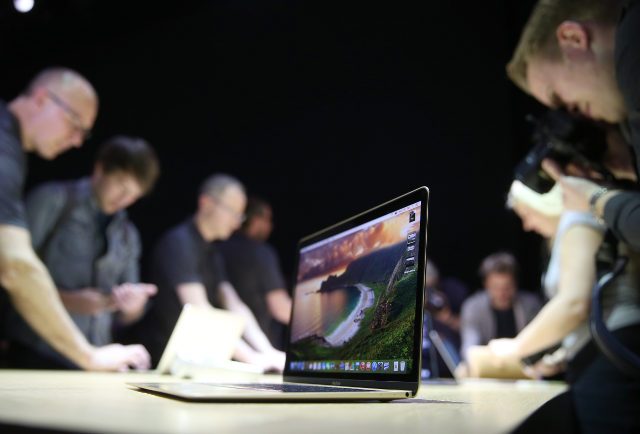 Facebook Twitter Copy URL
Copied
Documents the report was based on did not reveal how successful the spy efforts were, but at least suggest a long effort to thwart encryption

WASHINGTON, DC, USA – The Central Intelligence Agency has been working for years to break encryption on Apple devices, to spy on communications of iPhone and iPad users, a report said Tuesday, March 10.

Investigative news site The Intercept, citing leaked secret documents, said the effort began in 2006 as Apple was preparing to launch its first iPhone.

The report said the researchers were based at Sandia National Laboratories and presented their findings at a secret CIA conference, according to documents leaked by former National Security Agency contractor Edward Snowden.

The research is consistent with a broader US government program to analyze secure communications and break encryption, using a “black budget,” as outlined in earlier documents leaked by Snowden.

The report would mean US intelligence services may be able to tap into what has been believed to be secure communications using Apple mobile devices. (READ: Snowden filmmaker says US surveillance ‘out of control’)

Neither Apple not the CIA responded to an Agence France-Presse request for comment.

Apple and Google both announced last year they were hardening their encryption on devices powered by their mobile software, which would not even give the companies access. That would prevent the government from gaining access even with a legal warrant.

According to The Intercept, the security researchers sought access to the keys used to encrypt data stored on Apple’s devices. They aimed to get into the built-in “firmware” to gain secret access, according to the report.

The documents did not reveal how successful the spy efforts were but they suggest a long effort to thwart encryption to keep data private.

The report said NSA personnel also participated in the 2012 conference where findings were presented.

US officials have in the past said intelligence efforts are aimed at thwarting terror plots, and that privacy safeguards are in place for US nationals. – Rappler.com