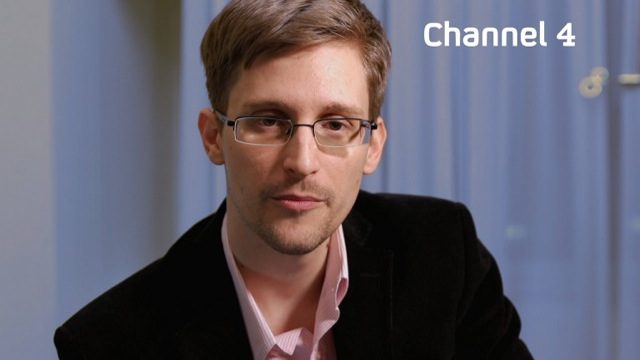 Facebook Twitter Copy URL
Copied
Snowden: 'Though we have come a long way, the right to privacy – the foundation of the freedoms enshrined in the United States Bill of Rights – remains under threat.'

WASHINGTON, DC, USA –  Legislation ending the US government’s bulk collection of telephone data is “a historic victory for the rights of every citizen,” former intelligence analyst Edward Snowden said in a commentary Thursday, June 4.

In the opinion piece, published in several newspapers internationally including The New York Times, Snowden reflected on what he said was a profound shift in the public’s awareness of mass surveillance since his infamous leaks disclosing the extent to which the US government and some partners monitor electronic communications.

“Ending the mass surveillance of private phone calls under the Patriot Act is a historic victory for the rights of every citizen, but it is only the latest product of a change in global awareness,” he said, referring to this week’s ending of the bulk data collection program under the USA Patriot Act.

“Since 2013, institutions across Europe have ruled similar laws and operations illegal and imposed new restrictions on future activities. The United Nations declared mass surveillance an unambiguous violation of human rights,” he added.

The 31-year-old Snowden remains wanted by the United States for espionage following his bombshell leaks that got him branded a traitor in some political quarters and a hero in others.

Describing his trajectory over the last two years since he made his disclosures to three journalists in a Hong Kong hotel room, Snowden said he was initially concerned no one would even care.

“Never have I been so grateful to have been so wrong,” he wrote.

“Two years on, the difference is profound. In a single month, the NSA’s invasive call-tracking program was declared unlawful by the courts and disowned by Congress.”

Provisions of the Patriot Act which underpinned US bulk surveillance programs that had been in place since 2001 expired Sunday, and were replaced with the Freedom Act, which ends the data dragnet.

Snowden added that after a White House-appointed oversight board found the program had not stopped any attacks, “even the president who once defended its propriety and criticized its disclosure has now ordered it terminated.”

Additionally, Snowden said his disclosures had helped expose technological weaknesses that allowed the government to pry into people’s electronic devices.

“Technologists have worked tirelessly to re-engineer the security of the devices that surround us, along with the language of the Internet itself,” he said.

“Secret flaws in critical infrastructure that had been exploited by governments to facilitate mass surveillance have been detected and corrected.”

“Though we have come a long way, the right to privacy – the foundation of the freedoms enshrined in the United States Bill of Rights – remains under threat,” he said.

“As you read this online, the United States government makes a note.” – Rappler.com