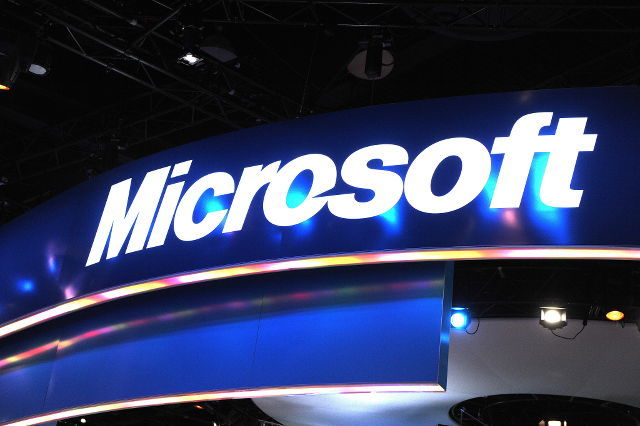 WASHINGTON, DC , USA – Microsoft announced plans Wednesday, July 8, to cut 7,800 jobs and write down the value of its struggling mobile phone division acquired last year from Nokia by some $7.6 billion – fresh evidence of its woes in the global smartphone market.

The announcement represents the second major round of layoffs in a year for the US tech giant, which cut some 18,000 jobs a year ago as part of its effort to integrate the Finnish-based phone group.

Microsoft said in a statement that it would “restructure the company’s phone hardware business to better focus and align resources.”

The cuts will also require Microsoft to take a restructuring charge of between $750 million and $850 million, the statement said.

In 2013, Microsoft announced its plan to buy the Nokia unit for some $7.2 billion, and it closed the deal in 2014, noting that some “adjustments” would push the cost slightly higher.

Microsoft has failed to get much traction for its Windows Phone platform even with the acquisition of Nokia. A survey by IDC said Windows was expected to capture just 3.2 percent of the global smartphone market this year.

Chief executive Satya Nadella said Microsoft would keep its own line of smartphones but implement a broader strategy that refocuses the company.

“I am committed to our first-party devices including phones. However, we need to focus our phone efforts in the near term while driving reinvention,” Nadella said in a memo to staff.

The cuts will include some 2,300 positions in Finland, the home of Nokia, according to an official statement from Helsinki.

The statement said the government “is disappointed with Microsoft’s decision” and called a special ministerial meeting to consider assistance for those affected.

“Loss of so many jobs is very sad for the whole society and for individuals affected,” the statement said. “It is, however, positive that Microsoft has promised to bear its corporate social responsibility beyond the level required by law.”

Microsoft had about 118,000 employees worldwide at the end of March, according to its website, with about half in the United States.

It plans to start rolling out Windows 10 in late July, introducing a new operating system which can be used to power not only personal computers but a range of mobile devices.

While it still dominates the market for personal computers, Microsoft has struggled in the market for mobile devices, the majority of which are powered by the Google Android system or Apple’s iOS.

“This was a very expensive mistake both in terms of cash and time for Microsoft,” Kagan said.

“I think Windows 10 may be Microsoft’s first real chance at growth in many years. It will also work with mobile and will be very interested to see if they can pull all the pieces together going forward.”

Ross MacMillan at RBC Capital Markets said the latest move is “part of a broader change within the company to align the Windows and Devices group.”

“We have argued for an exit of Phone, but today’s moves significantly lower the drag from the business on earnings and cash flows,” the analyst said in a note to clients.

Last month, Microsoft announced a shakeup of top management including the departure of Stephen Elop, the former Nokia chief who came on board with the US giant’s acquisition of the Finnish firm’s handset unit.

Nadella, who became CEO in 2014, is seeking to reinvigorate a company that had been the world’s largest but which has lagged in recent years as Google and Apple have taken leadership of the tech sector. – Rob Lever, AFP/Rappler.com