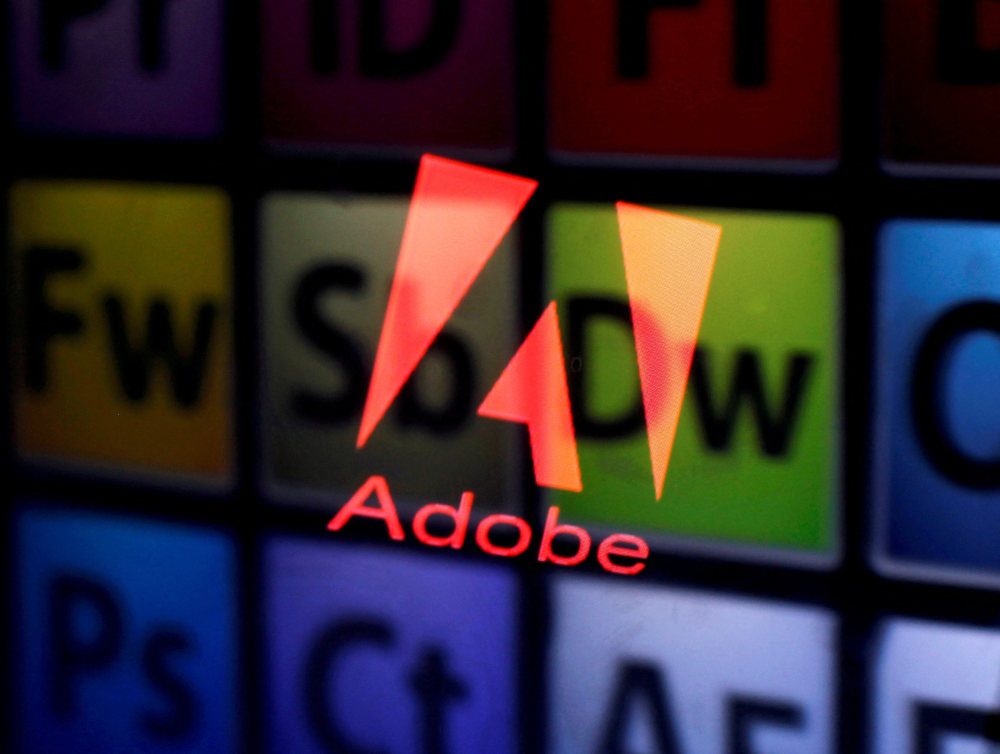 ADOBE. An Adobe logo and Adobe products are seen reflected on a monitor display and an iPad screen, in this picture illustration July 8, 2013.

Adobe Inc agreed on Thursday, September 15, to acquire cloud-based designer platform Figma for $20 billion, sparking investor concerns about the rich price tag that led to a drop of more than $30 billion in the market value of the Photoshop maker.

The cash-and-stock deal, the biggest buyout of a privately-owned software startup, will give Adobe ownership of a company whose web-based collaborative platform for designs and brainstorming is widely popular among tech firms including Zoom Video Communications, Airbnb Inc and Coinbase.

Adobe Chief Executive Officer Shantanu Narayen hailed Figma’s business as “the future of work” and said there were “tremendous opportunities” in combining it with his company’s offerings, such as document reader Acrobat and online whiteboard Figjam.

“This partnership will give Figma users access to Adobe’s photography, illustration, and video technology, all in one place. And, Figma in return can offer its deep expertise in building in the browser,” said Josh Coyne, partner at Kleiner Perkins, who first invested in Figma in 2018, an investment expected to deliver over 100 times in return once the deal closes.

Adobe investors were less impressed, driving down the company’s stock by 17% on Thursday. Many of them said they understood the rationale around the strategy, but argued Adobe overpaid for a company that was valued at about $10 billion in a private fundraising round a little over a year ago.

David Wagner, portfolio manager and equity analyst at Aptus Capital Advisors, which owns a 1.5% stake in Adobe, said Figma’s annual recurring revenue (ARR) was $400 million, a tiny fraction of Adobe’s $14 billion, making it an unreasonable for Adobe to pay the equivalent of 11% of its market value for 2.8% more ARR.

“We’re disappointed with the price paid for the company (Figma),” said Wagner.

Adobe said it expected the deal to be accretive to its earnings three years after its completion. It added that Figma’s total addressable market would reach $16.5 billion by 2025 across design, whiteboarding and collaboration.

Adobe is one of the most acquisitive companies in the Silicon Valley and has bought numerous businesses over the years, as it has looked to defend market share against competitors.

Prior to Figma, its largest acquisition was that of software maker Marketo for $4.75 billion in 2018.

The deal is expected to close in 2023, subject to regulatory approvals.

San Francisco-based Figma will continue to be led by co-founder and Chief Executive Officer Dylan Field and operate independently. Either company will have to pay a termination fee of $1 billion if they scrap the deal.

Meanwhile, Adobe’s fourth-quarter revenue forecast of $4.52 billion came in below the $4.58 billion estimated by analysts, according to Refinitiv data.