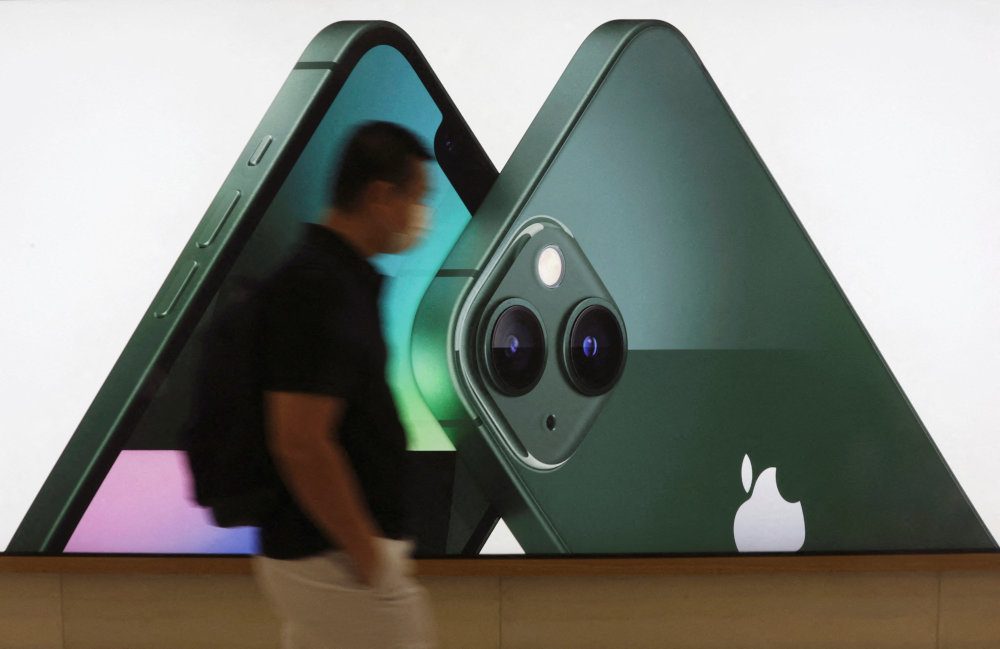 APPLE. A customer passes an Apple iPhone 13 advertisement at an Apple shop in Singapore on March 18, 2022.

Apple Inc plans to start manufacturing the iPhone 14 in India as the US tech giant seeks alternatives to China after the Xi administration’s clashes with Washington and lockdowns across the country disrupted production, Bloomberg News reported.

The company has been working with suppliers to ramp up production in India and shorten the lag in manufacturing new iPhones from the typical six to nine months for previous launches, the report said on Tuesday, citing people familiar with the matter.

According to the report, Apple’s Taiwan-based supplier Foxconn has studied the process of shipping items from China and assembling the iPhone 14 at its plant outside the southern Indian city of Chennai.

Production of the first iPhone 14s from India is likely to be completed in late-October or November, the report added.

Apple did not immediately respond to Reuters’ request for comment.

The company has been shifting some areas of iPhone production from China to other markets including India, the world’s second-biggest smartphone market, and is also planning to assemble iPad tablets there.

India and countries such as Mexico and Vietnam are becoming increasingly important to contract manufacturers supplying American brands as they try to diversify production away from China.

Last week, Nikkei reported the tech giant’s suppliers are in talks to produce Apple Watch and MacBook in Vietnam for the first time. – Rappler.com