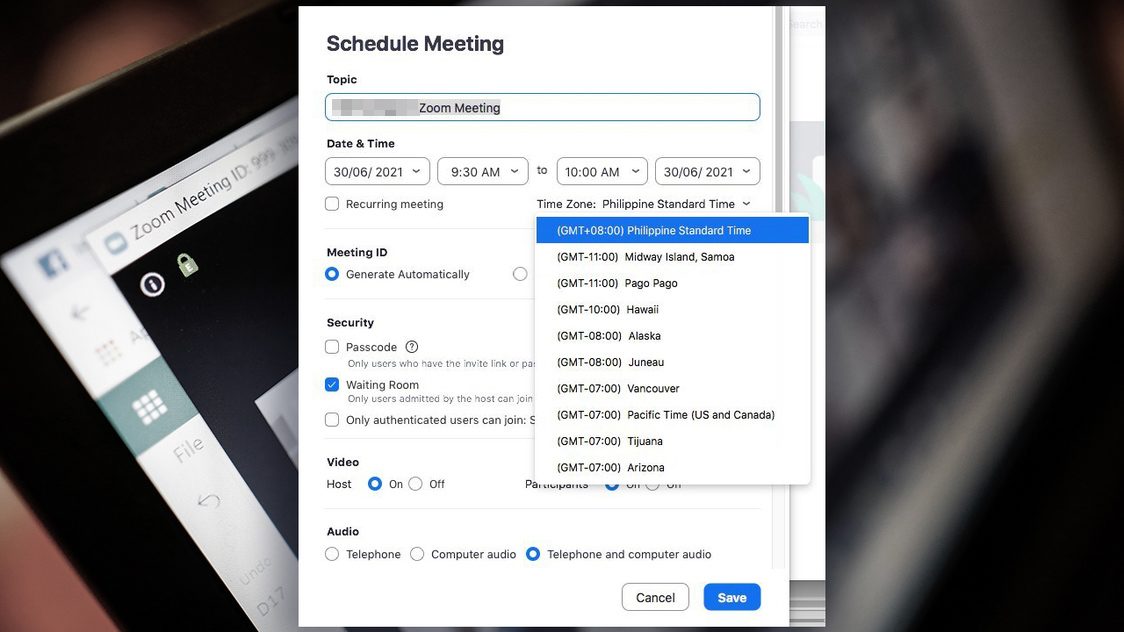 Facebook Twitter Copy URL
Copied
'In this day and age where diversity and inclusion are to be the norm, Zoom should be able to model these values seamlessly, being a tool that allows users to transcend boundaries,' says the user who requested for the addition

Zoom has added Philippine Standard Time as a timezone option when scheduling a meeting.

Prior to this, users were limited to other GMT+8 options such as Hong Kong, Singapore, and Malaysia.

The change occurred after a Filipino user sent Zoom a message, asking why there wasn’t an official Manila time zone in the options. Zoom, responding quickly, asked the user to send over their suggestion to the official feedback channel for Zoom at zoom.us/feed. The videoconferencing company proceeded to suggest that in the meantime, they may use the other GMT+8 options.

Rappler saw a screenshot of the exchange.

The user said they have already been using those options, but also explained why it was important for Zoom to have the specific Manila option.

Beyond practical reasons, the user explained why representation and inclusion mattered. “It is about respect and being acknowledged as part of the Zoom community, not just convenience,” they said.

“In this day and age where diversity and inclusion are to be the norm, Zoom should be able to model these values seamlessly, being a tool that allows users to transcend boundaries.”

Just after about 4 hours, the user found that the option had been added, and thanked the company for the very quick response.

“You made me and my community feel seen in a very concrete way,” they said. They said they hope to visit the Zoom office in Manila soon to thank the company personally.

Try updating your Zoom app, and let us know if you’ve gotten the update. – Rappler.com