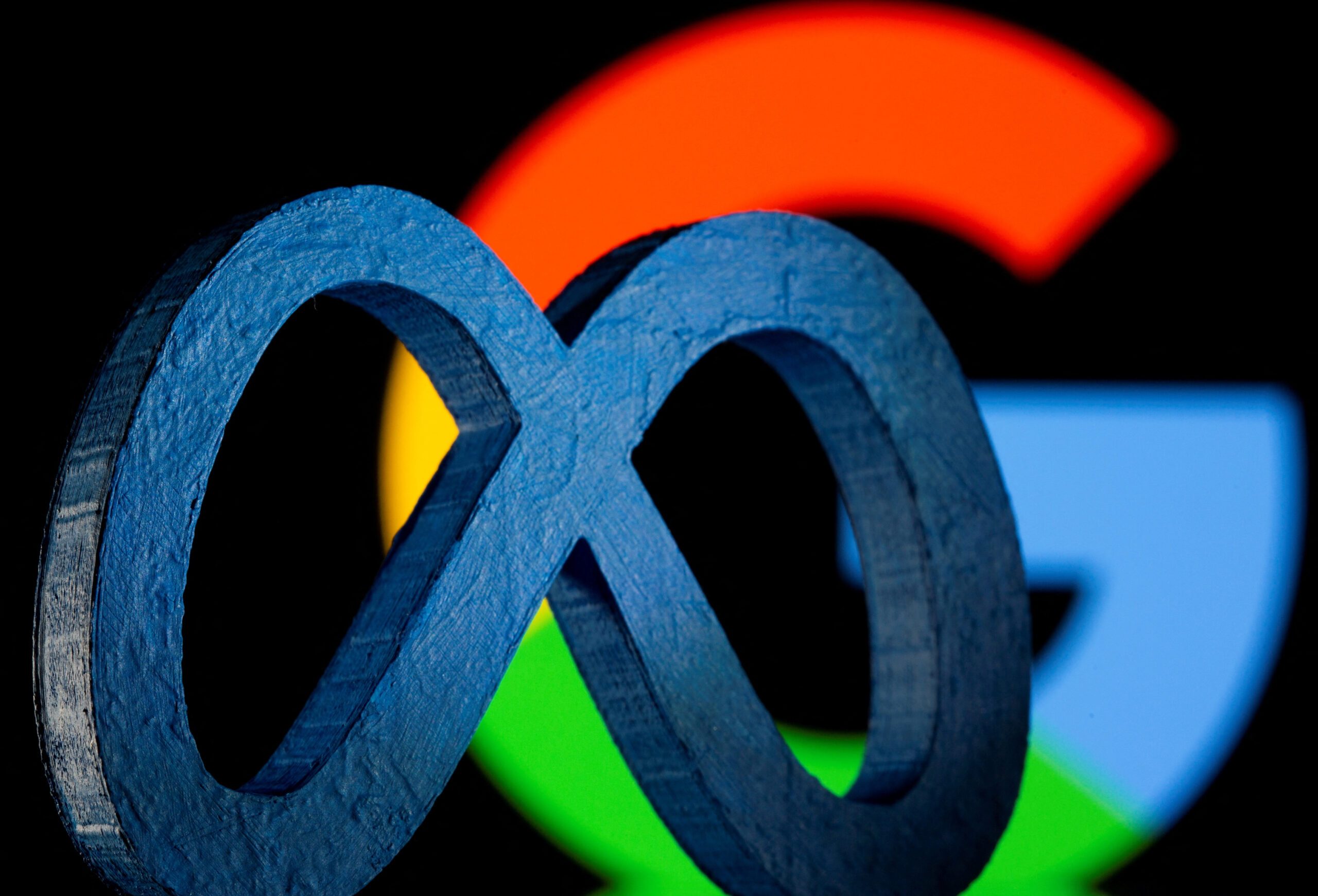 META. A 3D printed Facebook's new rebrand logo Meta is seen in front of displayed Google logo in this illustration taken on November 2, 2021

But the law, which took effect in March 2021 after talks with the big tech firms led to a brief shutdown of Facebook news feeds in the country, may need to be extended to other online platforms, the review said.

“At least some of these agreements have enabled news businesses to, in particular, employ additional journalists and make other valuable investments to assist their operations,” said the report.

“While views on the success or otherwise of the Code will invariably differ, we consider it is reasonable to conclude that the Code has been a success to date.”

The report mostly recommended that the government consider new methods of assessing the administration and effectiveness of the law, and did not suggest changing the law itself.

But it did note the law lacked “a formal mechanism to extend the Code to other platforms”, and suggested the government order the competition regulator, which led the design of the law, to “prepare reports on this question”.

“Digital platforms must continue to negotiate in good faith with news businesses to ensure they are fairly remunerated for the news content they create.”

Google director of government affairs and public policy in Australia Lucinda Longcroft said the company had “furthered our significant contribution to the Australian news industry” by signing deals representing 200 mastheads across the country and “the majority of these outlets are regional or local”.