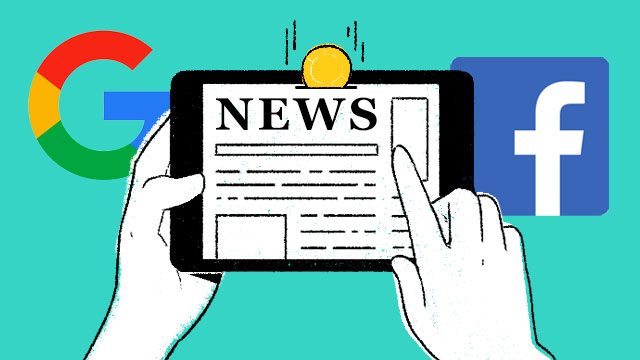 Facebook Twitter Copy URL
Copied
Under the code, tech companies will be required to negotiate with news firms 'in good faith' over payments for use of their content

Australia unveiled a draft law Friday, July 31, to force Google and Facebook to pay news media for their content in a “world-leading” initiative sure to prompt a confrontation with the digital giants.

Treasurer Josh Frydenberg announced the “mandatory code of conduct” to govern relations between the struggling news industry and the tech firms after 18 months of negotiations failed to bring the two sides together.

“Nothing less than the future of the Australian media landscape is at stake with these changes,” he said at a news conference.

Frydenberg said legislation implementing the code would be introduced into parliament in the coming weeks and include “substantial penalties” that could cost the tech companies hundreds of millions of dollars.

While the code could eventually apply to any digital platform using Australian news content, Frydenberg said it would initially focus on Facebook and Google, two of the world’s richest and most powerful companies.

Australia’s initiative has been closely watched around the globe as news media worldwide have suffered in an increasingly digital economy where advertising revenue is overwhelmingly captured by Facebook, Google and other big tech firms.

The news industry crisis has been exacerbated by the economic collapse caused by the coronavirus pandemic, with dozens of Australian newspapers closed and hundreds of journalists sacked in recent months.

Facebook and Google have strongly opposed any move forcing them to share advertising revenue, hinting they could simply boycott Australian media if mandatory payments are imposed.

But Frydenberg warned that the code would prohibit any “discrimination” against Australian media by the tech companies.

“Today’s draft legislation will draw the attention of many regulatory agencies and many governments around the world,” Frydenberg said, calling the initiative a “world-leading regulatory framework”.

“We want Google and Facebook to continue to provide these services to the Australian community which are so much loved and used by Australians.

Under the code, drawn up by the Australian anti-trust watchdog ACCC, tech companies will be required to negotiate with news firms “in good faith” over payments for use of their content.

If agreement cannot be reached within three months, the issue will go to binding arbitration to determine the amount of payments.

The code also imposes a range of obligations on the digital platforms including providing advance notice of algorithm changes affecting news ranking and transparency over advertising run against news content.

Violations of the code will draw penalties of up to Aus$10 million (US$7 million) per breach or 10 percent of the company’s local turnover, which the ACCC has estimated at some US$4 billion annually.

But both rejected earlier drafts of the proposal for mandatory payments to news publishers, though they have said they would take part in a collaborative code of content to mediate complaints from the news industry.

Both companies say advertising revenue linked to news content is a small fraction of their overall revenue.

“Digital platforms are not the cause of the inherent difficulties with monetising journalism,” Google said in a submission to the ACCC.

The companies also say they provide hundreds of millions of dollars in value to Australian news companies by driving traffic to their websites, through grant programmes and limited purchases of news content. – Rappler.com