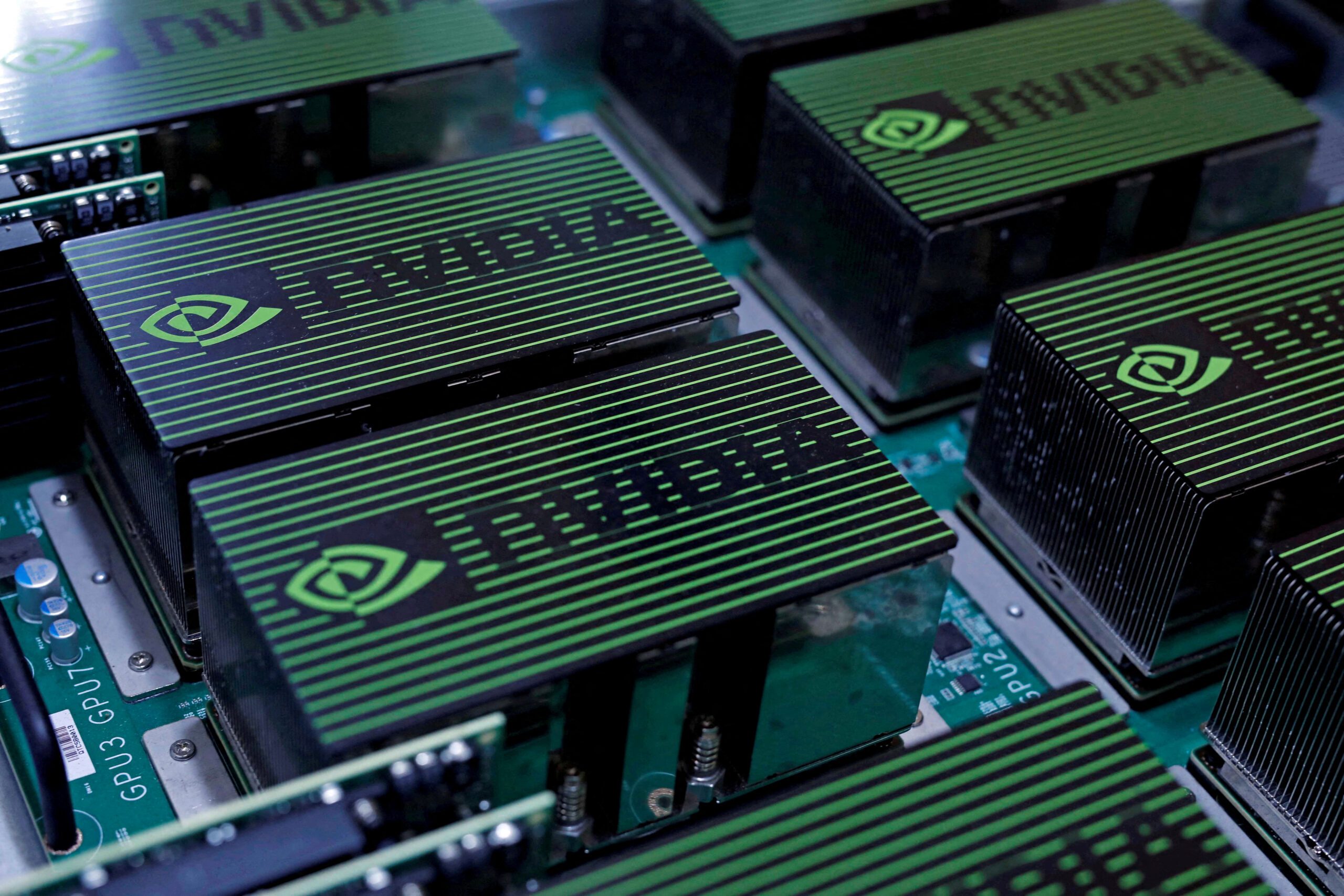 NVIDIA. The logo of Nvidia Corporation is seen during the annual Computex computer exhibition in Taipei, Taiwan May 30, 2017

Facebook Twitter Copy URL
Copied
The restricted chips have the ability to carry out AI calculations quickly, at huge scale, and with high precision, necessary for tasks such as designing fighter jets

The United States beefed up its effort to cut off the flow of advanced technology to China by instructing Nvidia Corp and Advanced Micro Devices to stop sending their flagship artificial intelligence chips there.

While the news shocked the chip sector by the time markets closed Thursday, sending the Philadelphia semiconductor index down 1.9% and Nvidia and AMD down 7.6% and 3% respectively, the letters from the US officials appeared to target a narrow but critical part of China’s computing industry.

The regulations appear to focus on chips called GPUs with the most powerful computing capabilities, a critical but niche market with only two meaningful players, Nvidia and AMD. Their only potential rival – Intel Corp – is trying to break into the market but has not released competitive products.

Originally designed for video games, the usage of GPUs, or graphic processing units, have been expanded to a wider array of applications that include handling artificial intelligence work like image recognition, categorizing cat photos or scouring digital satellite imagery for military equipment. Because all the chip suppliers are American, the US controls access to the technology.

Some national security experts saw the US move as a long time coming.

GPUs “have been totally uncontrolled to China and to Russia, so in a lot of ways I see this action as kind of catching up to where the controls probably should have been if we were really serious about trying to slow China’s AI growth,” said Emily Kilcrease, a senior fellow at the Center for a New American Security.

The US Department of Commerce, which declined to comment on the specifics of whatever new rules it may be developing, appears to have targeted the effort narrowly.

Similarly, AMD said that only its most powerful MI250 chip – a version of which is being used at Oak Ridge National Laboratory, one of several US supercomputing sites that supports nuclear weapons – is affected by the new requirement. Less powerful chips such as AMD’s MI210 and below are not affected.

What the affected chips share is the ability to carry out calculations for artificial intelligence work quickly, at huge scale and with high precision. Less powerful AI chips can work quickly at lower levels of precision, which is sufficient for tagging photos of friends and where the cost of an occasional mistake is low – but are insufficient for designing fighter jets.

The only major market rival to AMD and Nvidia’s chips is Intel’s still-unreleased Ponte Vecchio chip, whose first customer is Argonne National Lab, another US installation that supports nuclear weapons.

“While we understand the U.S. Government is continuing to look at new restrictions, no new export control rules have been published and there are currently no changes to our business,” Intel told Reuters in a statement. “We are closely monitoring the process.” – Rappler.com