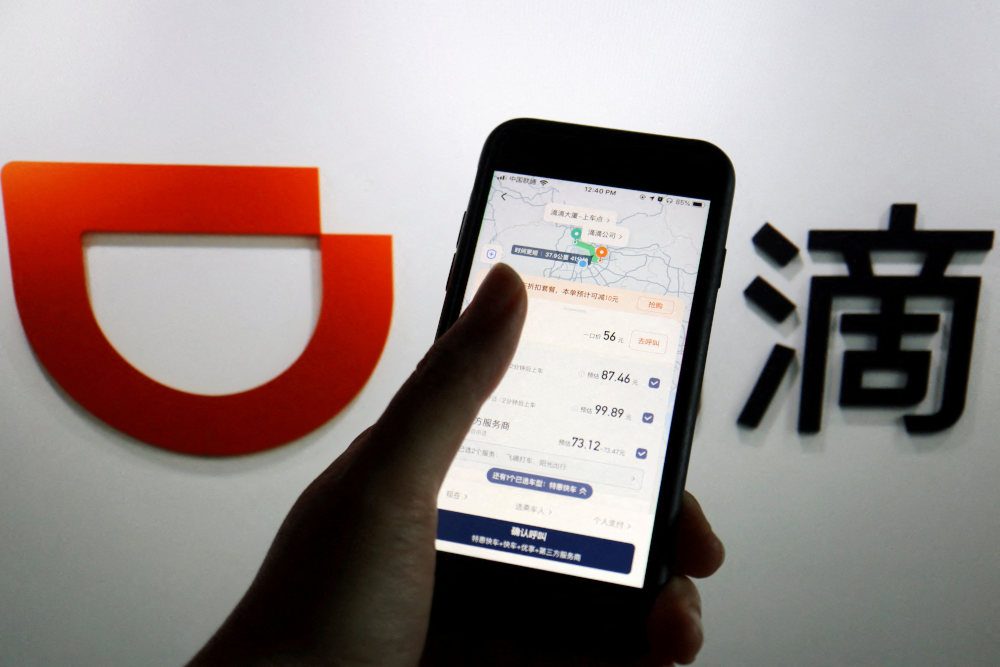 DIDI. The app of Chinese ride-hailing giant Didi is seen on a mobile phone in front of the company logo displayed in this illustration picture taken July 1, 2021.

SHANGHAI, China – China’s cybersecurity regulator said on Thursday, July 21, it has fined Didi Global Inc 8.026 billion yuan ($1.19 billion), concluding a probe that forced the ride-hailing giant to delist from New York within a year and cast a gloom over the Chinese tech sector.

In an unusual move, the CAC said it had also fined the company’s founder and Chief Executive Cheng Wei and President Jean Liu 1 million yuan each.

“Didi’s violations of laws and regulations are serious, and should be severely punished,” it said.

Didi said in a statement on its Weibo account that it accepted the CAC’s decision and would conduct comprehensive self-examination and rectification.

Didi ran afoul of the CAC when it pressed ahead with its US initial public offering (IPO) even though the regulator had urged the company to put it on hold while a cybersecurity review of its data practices was conducted, sources have told Reuters.

The CAC announced its inquiry shortly after the company listed on June 30, 2021. It also ordered app stores to remove 25 mobile apps operated by Didi and told the company to stop registering new users, citing national security and the public interest.

The regulator did not say in its Thursday statement whether it would allow the apps to return to app stores or allow new user registration.

Didi had previously said it would need to apply for the apps to be restored and three sources told Reuters that the company has updated the apps to ensure they were compliant once a relaunch was allowed.

Didi did not immediately respond to a request for comment on the apps.

The restrictions have hit Didi badly, chipping away at its dominance and has allowed rival ride-hailing services operated by automakers Geely and SAIC Motor Corp Ltd to gain market share.

In December, the company announced it would delist from the New York Stock Exchange, and won its shareholders’ nod for the plan last month.

Shares of Didi had soared in the IPO, giving the company a valuation of $80 billion and marked the biggest U.S. listing by a Chinese firm since 2014. But by the time of its delisting, its shares had lost over 80% in value. – Rappler.com