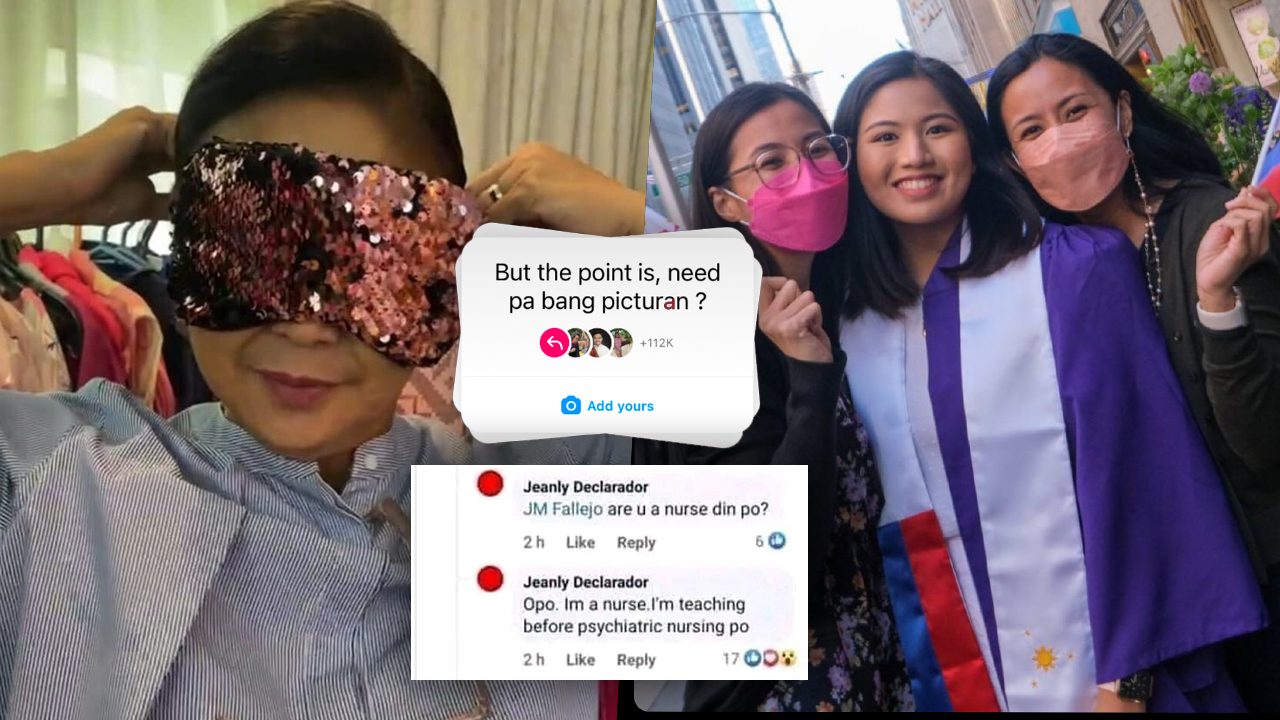 A week after elections, supporters of Vice President Leni Robredo seemed to have transitioned from grieving voters to meme-lords.

The so-called pink movement turned pale on election night when it was known that the dictator’s son Ferdinand “Bongbong” Marcos Jr.’s was headed for a landslide win. The spirits of self-described kakampinks were rejuvenated when Robredo appeared via Facebook Live last May 12, presenting the pink the gifts she received during the campaign season.

This started a thread of memes after supporters took screenshots of Robredo’s livestream, including comparisons of the Vice President to instant noodle packaging, dolls, and cats.

A certain Jeanly Declarador commented that Robredo is ‘not acting normal’ and would soon enough cross over from reality insanity because of “delusion of grandeur.”

Another commenter, by the name of JM Fallejo, agreed that this was also his assessment of the Vice President. “Are you a nurse din po?” asked Declarador. To which, in true fashion of the copypasta phenomenon in social media, she also replied to her own question, “Opo, I’m a nurse.” (“Yes, I’m a nurse.”)

Copypasta is defined by Merriam-Webster Dictionary as a block of text copy-pasted throughout the internet. Made-up conversations, copy-pasted posts and comments are not entirely new, but some netizens found the slip up so obvious and transparent it’s almost begging to be exposed.

Right after Robredo’s Facebook live and thanksgiving event, the Vice President flew to the United States with her daughters to attend the graduation of her youngest child Jillian at New York University (NYU).

Typical of proud parents with graduating kids, Robredo has been posting photos of Jillian donning the purple toga of NYU.

One viral comment from a certain Melinda Barlis said, “Yeah, I get it. Ga-graduate ang anak. But the point is need pa bang picturan?” (“Yeah I get it. Your daughter is graduating. But the point is, do you really need to take photos?”)

This comment triggered a chain of Instagram story posts where people also posted their graduation photos, pets, and even selfies. The chain came from a sticker that was initiated by Robredo’s second child, Tricia.

Even singer-songwriter Taylor Swift, who spoke during the graduation rites of NYU, became the subject of the ‘Yeah I get it’ memes. Brands like delivery app service Grab and restaurant chain Pizza Hut jumped on the bandwagon.

Robredo will step down as vice president after June 30. Succeeding her will be Davao Mayor Sara Duterte. Right after election day, many Robredo supporters have expressed grief and distress.

Meanwhile, also overseas was Marcos, who flew to Melbourne, Australia, to enroll his son.

In a thanksgiving rally, Robredo announced she would organize a non-government organization Angat Buhay by July 1. – Rappler.com