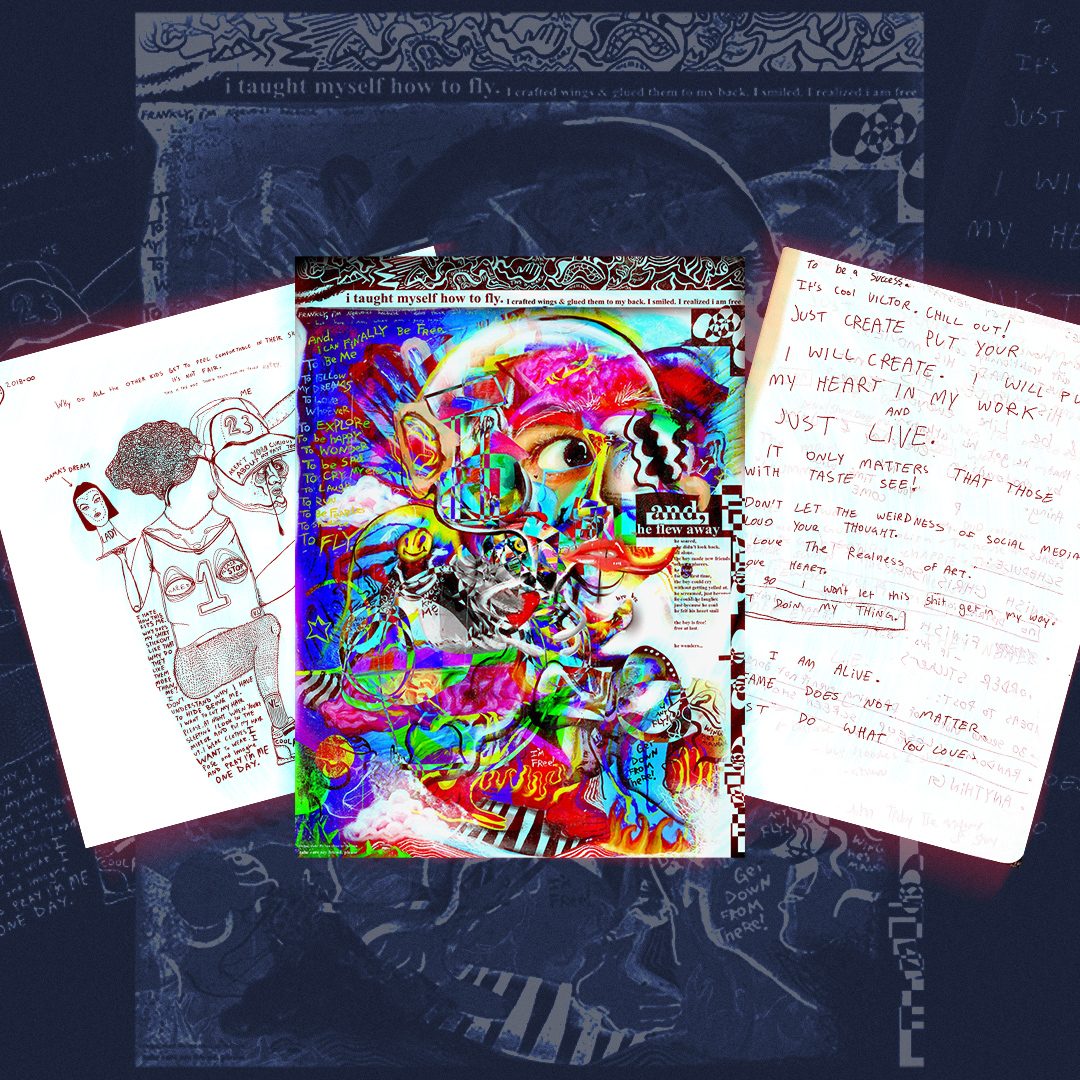 FEWOCIOUS ART. A combination of images from the work of transgender artist FEWOCiOUS including a still from the video, 'Year 5, Age 18 ? I Taught Myself How To Fly,' and journal notes

Facebook Twitter Copy URL
Copied
'I feel like, a lot of times, trans voices aren't heard or aren't as respected, so to have my platform to say 'hey look, this is my life and look at what we're doing' – it means the world,' says artist Victor Langlois

An NFT is a form of crypto asset which uses blockchain to record the ownership status of digital objects, such as images, videos and text. While anyone can view the item, only the buyer of an NFT has the official status of being its owner.

In an online auction called “Hello, I’m Victor (FEWOCiOUS) and This Is My Life,” Christie’s sold five lots by FEWOCiOUS, whose real name is Victor Langlois.

The five lots, which drew more than 20 bidders, represent one year of Seattle-based Langlois’ life as he discovered his gender identity and transitioned from female to male between the ages of 14 and 18.

Langlois is the youngest ever artist to have a sale at Christie’s.

Each lot consists of a video artwork which exists in digital form only, sold as an NFT, a set of doodles, drawings and journal entries from the corresponding year in both physical and NFT form, as well as a physical-only painting.

“I feel like, a lot of times, trans voices aren’t heard or aren’t as respected, so to have my platform to say ‘hey look, this is my life and look at what we’re doing’ – it means the world,” Langlois said in an interview.

The sale was the latest in a series of moves by traditional auction houses to embrace NFTs, which surged in popularity in early 2021.

“I think NFTs are the future,” said Langlois, who also owns cryptocurrencies.

“If you’re posting your art and sharing it with the world digitally, I think to offer a way for collectors to own it as a digital asset is just the next step,” he added. – Rappler.com