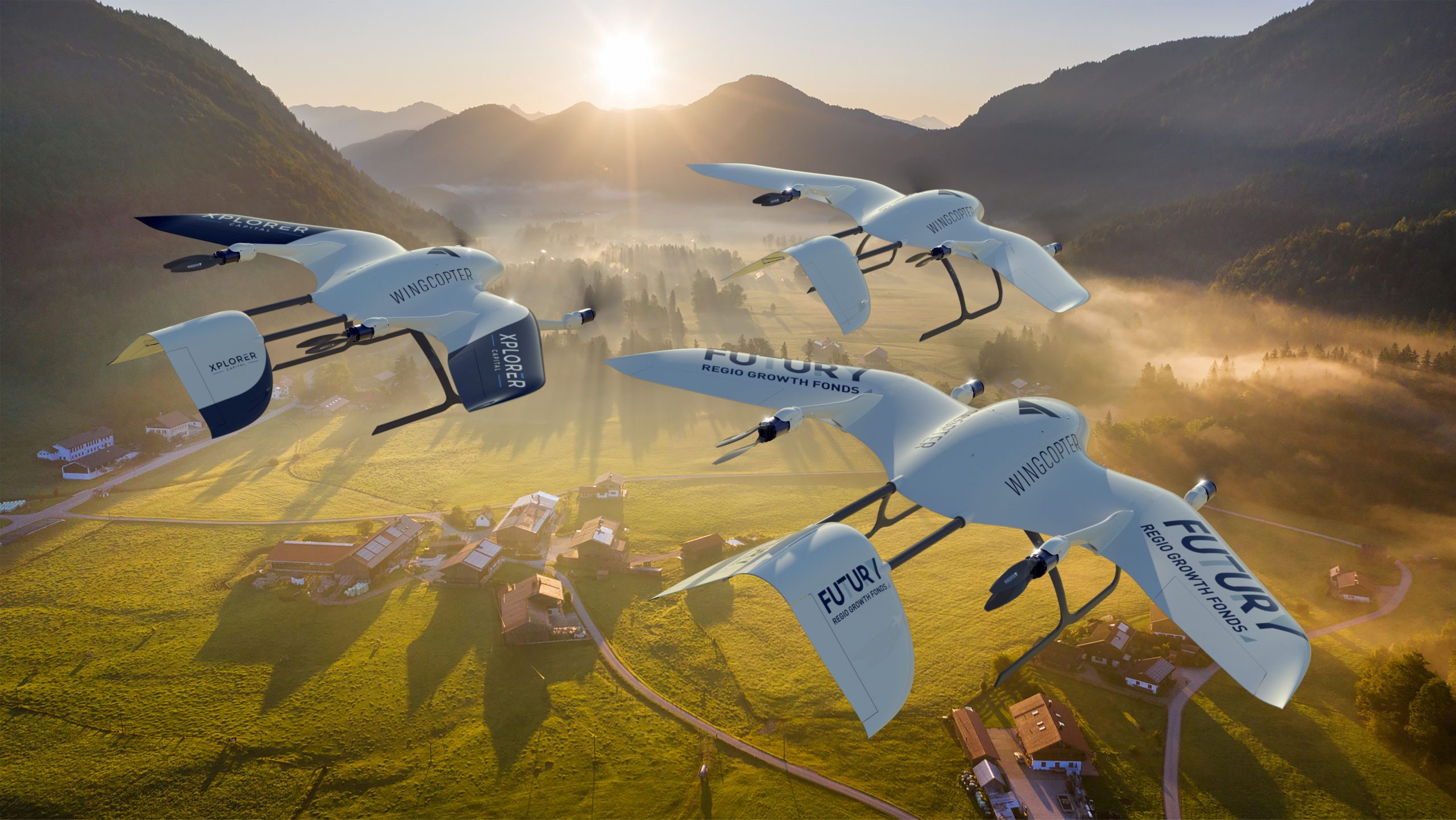 WINGCOPTER. A rendered image of drones made by German start-up Wingcopter over Bavaria, Germany, in this handout obtained on January 25, 2021

Facebook Twitter Copy URL
Copied
One of Wingcopters's drones can transport about 2,500 vaccine doses a day, chief executive Tom Pluemmer says, and the company is seeking partners to build a new drone that could carry up to 1,000 doses per flight

German start-up Wingcopter has secured fresh funding to strengthen its position in the race to offer COVID-19 vaccine distribution by air, seeking to get shots into the arms of people in hard-to-reach places, it said on Monday, January 25.

The company, based in Weiterstadt, is working on a number of trial projects for countries in Africa and Southeast Asia, aiming to scale up operations to deliver vaccines to millions of people, chief executive Tom Pluemmer told Reuters.

Pluemmer expects the pandemic to increase acceptance of unmanned aircraft and reshape logistics by transporting medical equipment and supplies quickly and safely while minimizing human contact.

“COVID is now making it necessary to build it out fast, but once it’s there we will have a new type of infrastructure that could carry things like medication, blood, lab samples and even normal daily goods,” he told Reuters on Monday.

Wingcopter is one of several drone start-ups seeking to play a role in the delivery of vaccines in regions lacking good storage facilities or developed transport infrastructure.

Wingcopter said it has secured $22 million in Series A funding to help to set up the logistics infrastructure needed to distribute COVID-19 vaccines and ramp up drone production.

One of Wingcopters’s drones can transport about 2,500 vaccine doses a day, Pluemmer said, and the company is seeking partners to build a new drone that could carry up to 1,000 doses per flight. – Rappler.com