Apr 25, 2016 5:58 PM PHT
Michaela Nadine Pacis
Facebook Twitter Copy URL
Copied
As Wings soars to the top of the heap to win its first major international tournament, we look at the highlights of the epic final day of ESL One Manila 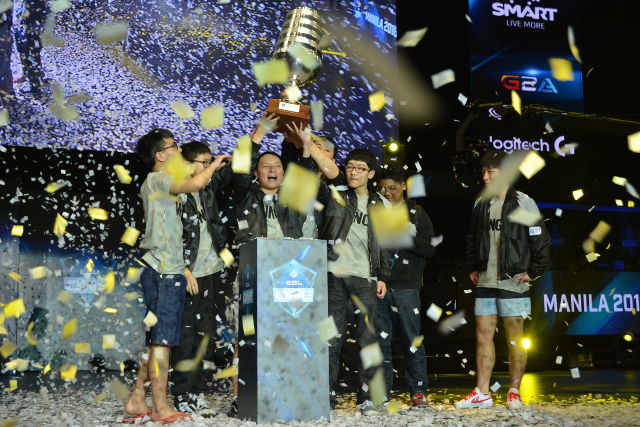 If Saturday’s ESL One Manila bouts featured long ,almost slugfest-like battles, then the final day of the tournament had fast, explosive ones that ended with an earth-shaking bang.

It was a rough ride for the 4 teams but in the end, only one group stood on top of everyone else. It was Wings that soared to the very top with upset after upset, winning their very first major international tournament.

These are the highlights of the epic final day of ESL One Manila. 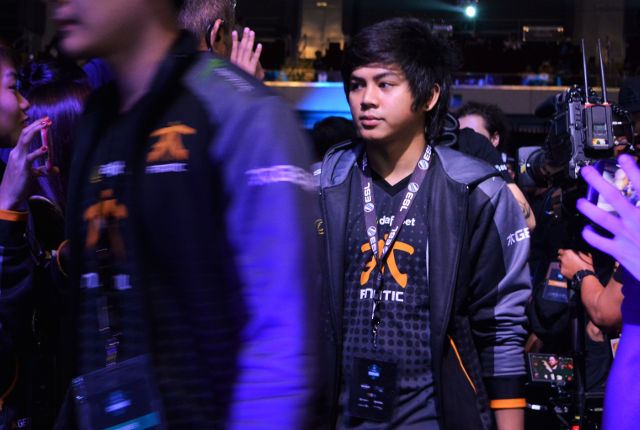 Fnatic was the clear favorite of the crowd. The team was met with great applause from the Filipino fans and the cheers only got louder when Fnatic support and fellow Filipino gamer DJ made his way on stage. Just because they were the favorites, however, did not mean they would have an easier time in getting through the semi-finals.

In game one, DJ proved that he indeed one of the greatest players in Southeast Asia, as he opened the game with a quick first blood on his Enchantress. It was an action packed match-up and the trades were happening early in the game. Fnatic started to dominate 10 minutes into the game with DJ making plays all over the map. 28 kills later, Fnatic seals the deal with an insane clash at the bottom part of Wings’ base.

Game two saw a feisty Wings hoping to get back in the tournament. While DJ tried to assert his dominance in the map once again, a couple of mistakes from the Fnatic side made it easy for Wings to even out the game early. They then steadily pushed their lead with the net worth and kills falling into their favor 15 minutes into the game. A major clash at the top of Fnatic’s base ended the game.

Wings did not want to lose their momentum in game 3 and decided to dominate the game early. Even though Fnatic tried to claw their way out of their sticky situation, Wings kept them dancing to their own tempo. A bloody match at the top base of Fnatic ended the game with 19 kills to 5. 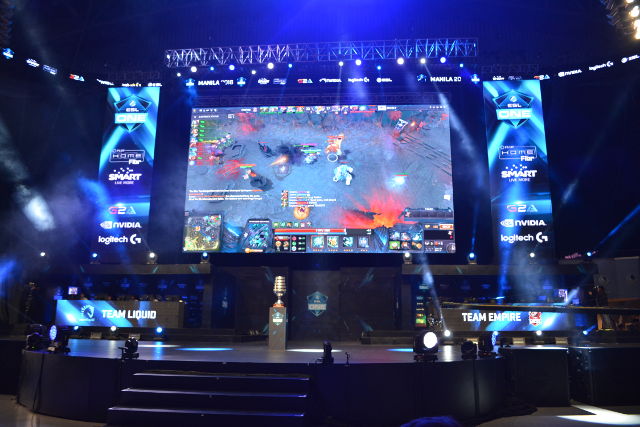 It was the first time the Manila crowd got to see Team Liquid in action on the stage and the expectations were pretty high. Much like Fnatic, Team Liquid was met with a loud cheer as they entered the stage. But the crowd was a little divided as Team Empire was also liked by many fans after their incredible performance on Saturday.

The two western teams started things off cautiously, with the first blood given to Team Empire only at around the 5-minute mark of the game. Team Empire attempted to capitalize on their minor early game lead but Team Liquid was not having any of it. After a brutal team fight at the radiant side of the jungle Team Liquid pressed on their lead while Team Empire tried to strike back. A major clash at the end finished the 30-minute game with 24 kills to 17.

Game two was a little similar to the first game. Team Empire once again tried to start an early lead but Team Liquid was smart and patient enough to prevent it. A triple kill from FATA’s Death Prophet within only 6 minutes in the game was enough to start the ball rolling. Team Liquid’s Antimage was stellar and created an immense impact in the game especially towards the end. The successive kills delivered by Antimage closed the game after 36 minutes. 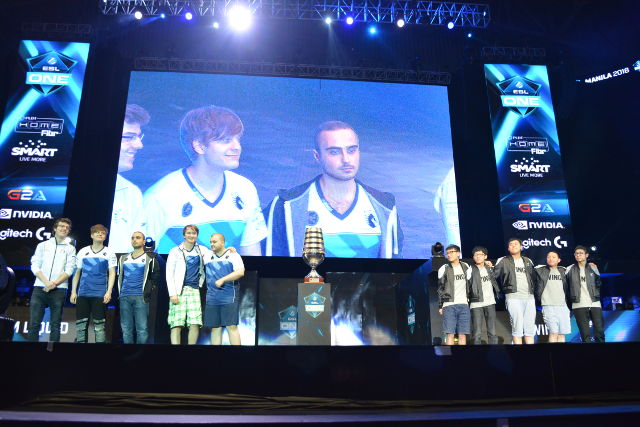 It’s at this point that the fans in the arena became more divided. A large chunk of the crowd remained faithful to the stars of Team Liquid but there was also a significant number of people who were starting to root for the dark horse that was Wings.

While the entire best of 5 series ended with a relatively fast-paced 3:0, it wasn’t exactly “gg eazy” for the Wings’ crew. Team Liquid put up an extremely tough fight, playing their minds out despite the sudden uphill battle that they found themselves in.

In the first game, Wings wanted to start off strong getting first blood in the first 3 minutes and winning the early skirmishes. Not wanting to trail behind Liquid focused on the objectives and made smart early rotations to push their way slowly towards Wings’ base. Wings picked up on this mid-game and followed suit to gain the lead once more. By then the kill count became 20 – 14 in favour of Wings as the team evaporated the members of Team Liquid one by one. Wings emerged the winner after a massive clash fatally hurt Team Liquid, forcing a win after 39 minutes.

In the second game, Wings pulled off a tactical and creative team composition with Bane, Beastmaster and Earthshaker that focused on holding down members of Team Liquid during skirmishes. Meanwhile Team Liquid was finally able to use Earth Spirit.

Things fired up quickly in the early game with first blood going to Team Liquid, this was followed by a couple of moments of trading kills where Liquid remained on top. Wings quickly learned from their earlier fight and started focusing on the objectives, picking out Liquid members who over-extended and were out of place. Wings’ smart positioning catapulted them to Liquid’s base where it was almost like they never allowed their opponents to even step out of their base.

While Liquid made an immense effort to catch up to Wings by using their Earth Spirit to punish Wings’ mistakes, Wings’ had the upper hand by using their creative team composition to keep the pressure and win the game. 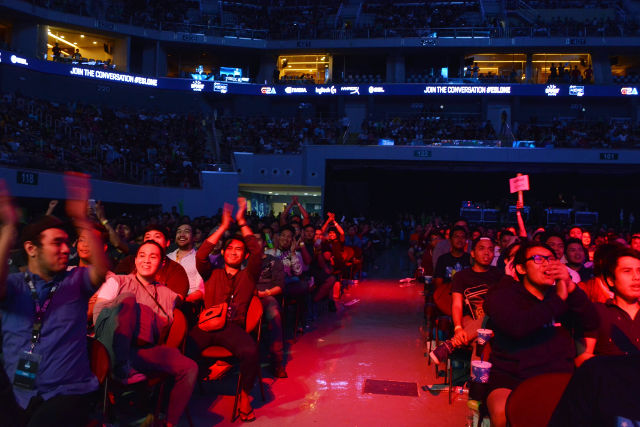 In the final game, Liquid once again gets first blood with a first minute matched that preluded a series of slugfests in the early game. For the entire first half of the game, the map was filled with bloodbaths and Liquid was the one dominating.

For a while everyone thought there was going to be a game 4. That was until Wings’ Alchemist inched its way to becoming a threatening juggernaut for the team. And while the second half of the game was still a bloodbath, this time Wings’ crawled their way into victory. Despite some of their members getting caught out the team focused on surprise attacks in the mid to late game that sent Liquid reeling.

An amazing team fight that felt like it lasted for a full 5 minutes at the top of Liquid’s base spelled the end of everything. Wings’ outperformed Liquid in the end and they won the entire match-up with a sweep. 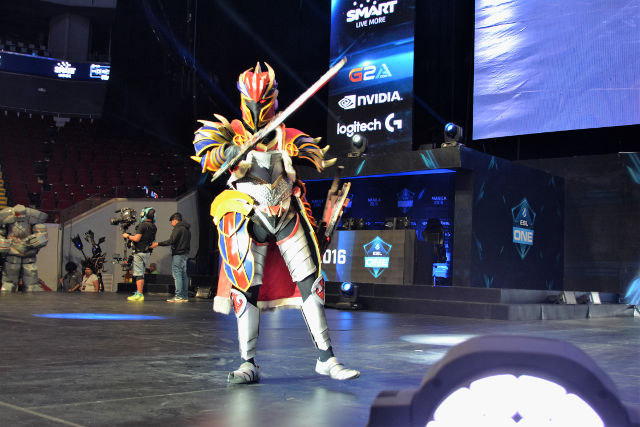 Light-hearted breaks to keep everyone entertained

To give everyone a quick breather before the finals started, a fast DoTA 2-themed cosplay competition was held. Philippine cosplay queen Alodia Gosengfiao was among the panel of judges, dressed up as the Wind Ranger.

A pretty impressive line-up of cosplayers emerged from the stage, but it was the Dragon Knight that became both a crowd favourite and judge favourite, earning him the first prize that included a hefty Nvidia GTX 970 graphics card. 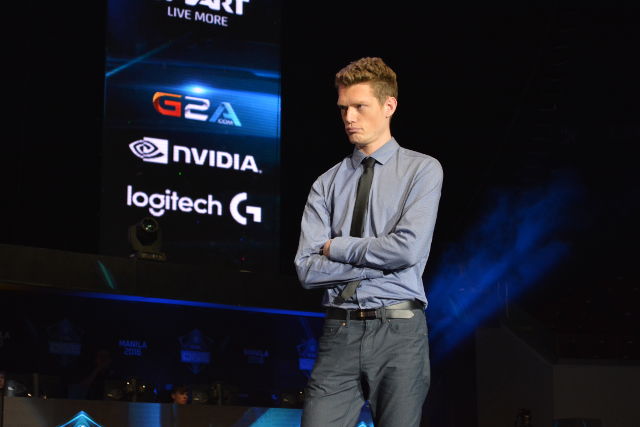 Aside from the cosplay competition, the Macho Man tradition was brought back to life at ESL One Manila.

The Macho Man competition had the casters doing their best to impress the crowds with their smoldering looks. And by the end of it, while Tobi won the hearts of the fans, it was declared that a rematch would follow at ESL One Frankfurt. 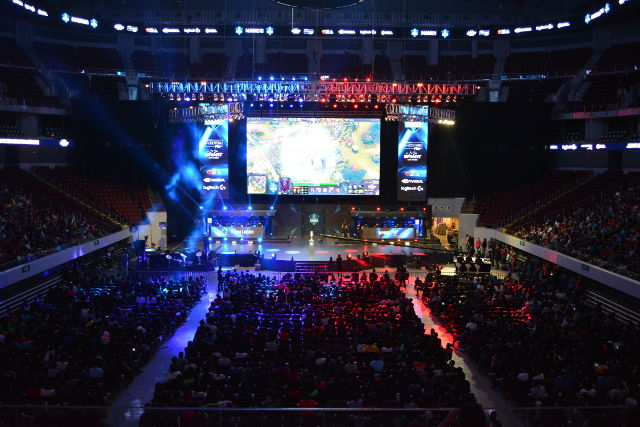 ESL One Manila was an unforgettable experience not only for the Filipino fans but also for the international community of DoTA 2 gamers.

The epic performances and upsets stole the show, keeping everyone watching all throughout the weekend. Heart-stopping shows like the 70-minute match between Team Empire and Team Secret, as well as the incredible Wings finals sweep reminded gamers all around the world why they love DOTA 2.

Even the players and staff felt that ESL One Manila was especially different from all the other events they’ve had. They were equally impressed at the audience and loved the passion that the Filipino fans outpoured for the professional scene of DOTA 2.

The stories weaved at ESL One Manila is truly one for e-sports’ history books. – Rappler.com