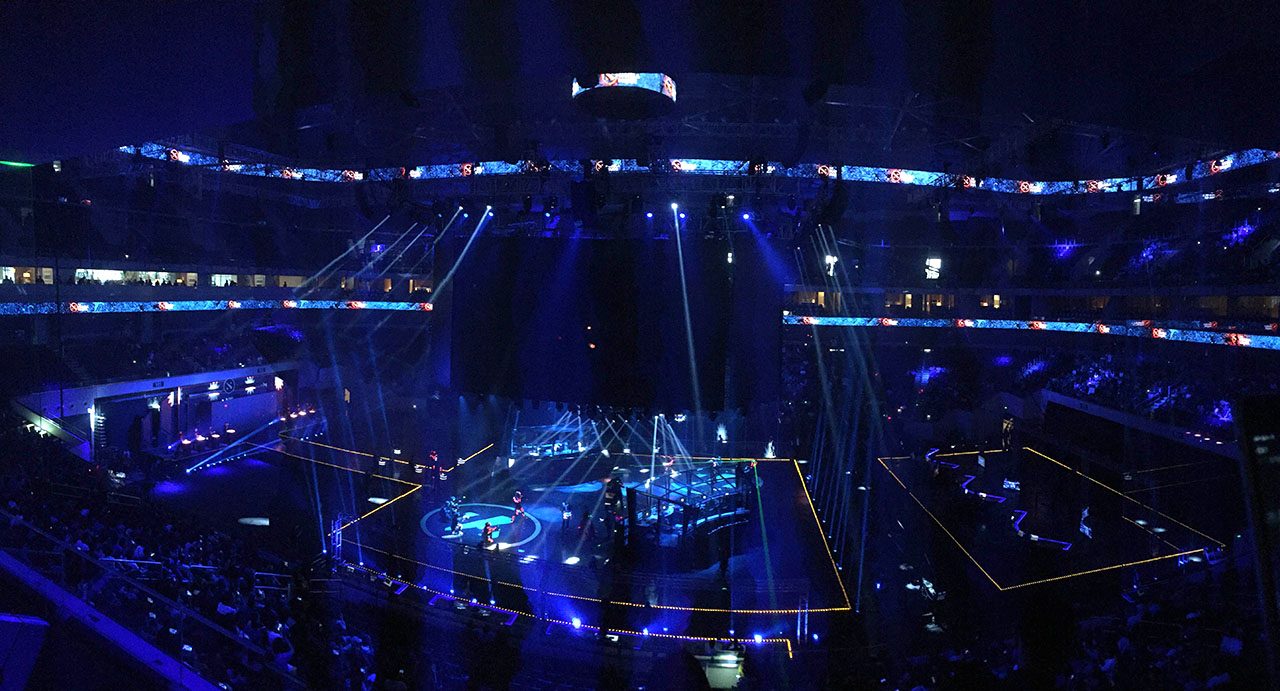 Facebook Twitter Copy URL
Copied
As the third day of epic DOTA 2 gaming dawns, who do you think will capture the hearts and minds of Manila Major viewers?

MANILA, Philippines (UPDATED as of June 9, 11:30 pm) – The third day of matches in the Manila Major brings the promise of more action-packed DOTA 2 gameplay.

Unlike the previous days, the upper bracket matches for day 3 will now be placed later in the day, with all these matches being best-of-3 showdowns. 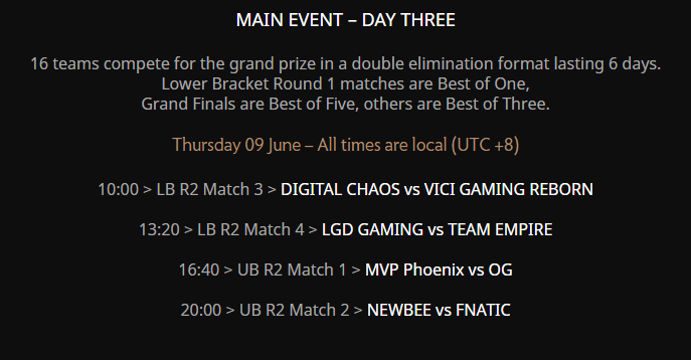 To complete the second round of the lower brackets, Digital Chaos will fight Vici Gaming Reborn at 10:00 am while LGD Gaming will stand up to Team Empire at 1:20 pm.

Upper bracket matches, meanwhile, will start at 4:40 pm with MVP Phoenix taking on OG. Capping off a day of gaming will be Newbee tackling the forces of Fnatic. Where do your allegiances lie now following two days of epic battles? Who do you think will make it to day 4? Let us know in the comments! – Rappler.com