Facebook Twitter Copy URL
Copied
It's the second to the last day of DOTA 2 action for the Manila Major tournament. Today's matches promise to provide plenty of excitement for spectators around the world!

We’re expecting some tense DOTA 2 matches throughout the day as the competition is whittled down further.

Day 4 saw Team Liquid beating Natus Vincere 2-0 and LGD Gaming taking out Vici Gaming Reborn 2-1 as part of the third round of lower bracket matchups. This led to a Fnatic-Team Liquid faceoff, with Team Liquid taking out the compeition 2-0!

For day 5 of the matches, we continue with the second bout for the fourth round of lower bracket battles where MVP Phoenix will take on LGD Gaming.

This continues with a bout between OG and Newbee on the final upper bracket match.

The winner of the MVP Phoenix – LGD Gaming battle will take on Team Liquid for the fifth round of the lower bracket – the final set of matches for the day. 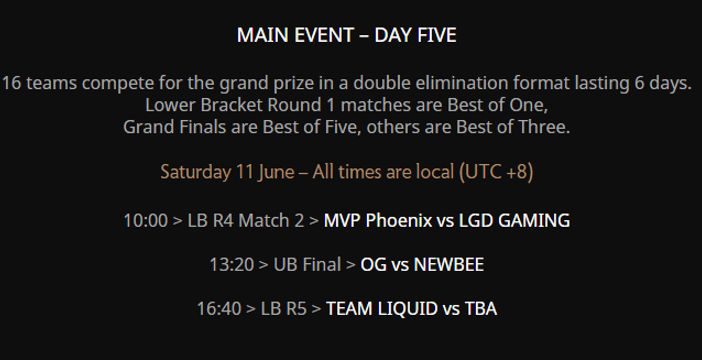 Here are the standings at the end of the day: 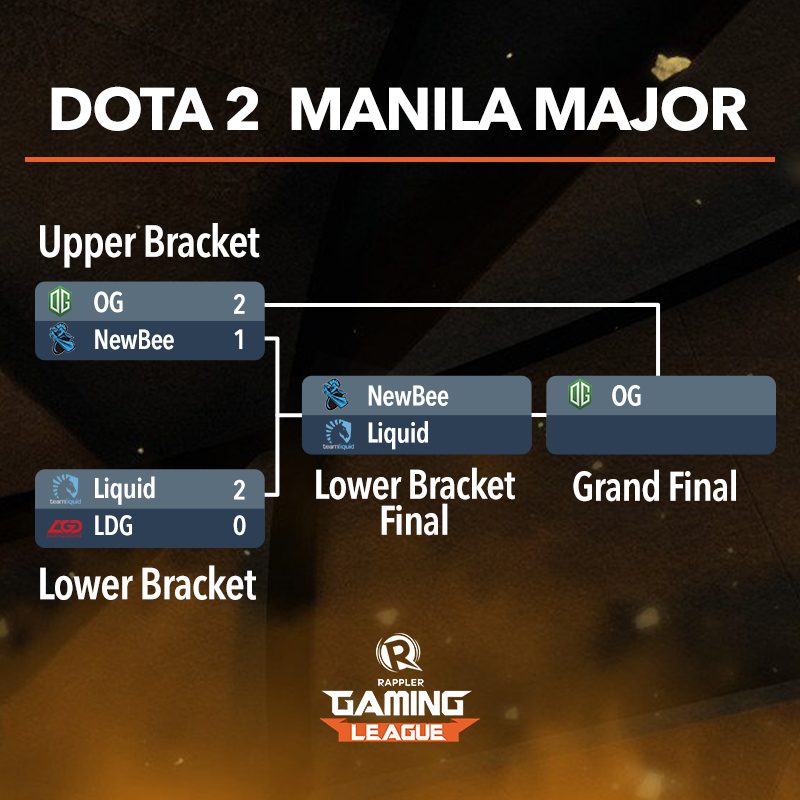 Feel free to call out your winners in our comments section! See you on the battlefield! – Rappler.com