Where is Apple going with the AirPods? 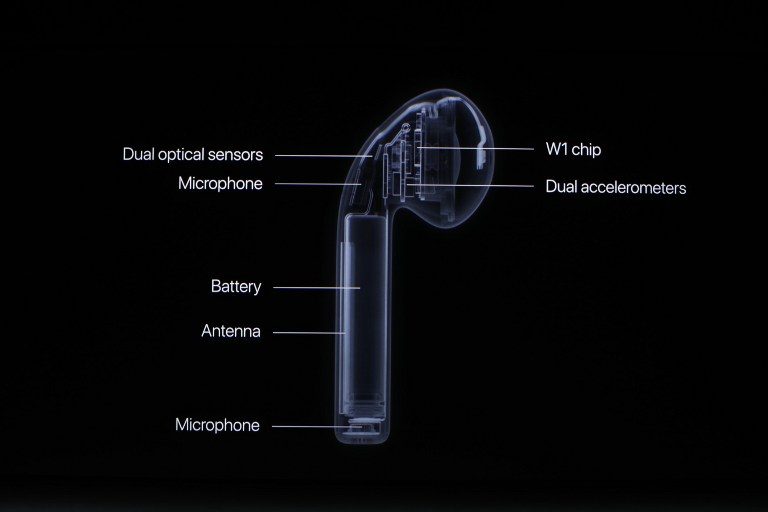 Facebook Twitter Copy URL
Copied
In essence, Airpods are still just earphones. But they're also an attempt by Apple to make inroads into an all-wireless ecosystem

MANILA, Philippines – The much-maligned wireless earphones from Apple, the Apple AirPods, is a step towards a wireless future.

A completely wireless ecosystem has always been the logical next step for mobile, even if manufacturers and consumers have not been fast to adapt. Apple’s move to do away with the headphone jack and introduce the AirPods is the company’s effort to push the industry forward. They’re getting some flak right now from some people, but Apple has always had a way of attempting to push things around.

But the Pods’ W1 chip might just tweak that experience. The chip aims to eliminate a number of things with today’s wireless experience: constant pairing and constant charging. With the device constantly paired, the process of having to hook up your listening device to your phone is eliminated. Think about it: if the tech works as well as advertised, it’ll spoil consumers. Suddenly, plugging in your wired headphones feels like a chore. (Read: 5 redeeming qualities of the Apple AirPods)

According to Apple, the device will let you listen for 5 hours on a single charge – a sore point because there are similar devices that already have double the juice. What sets the AirPods apart though is the included charging case which packs 24 hours worth of battery charge. Put the Pods inside the case, and Apple says that after 15 minutes, the device is good to go again for 3 hours of listening time. This usage proposition doesn’t sound as elegant as other more mature Apple innovations. But it’s novel enough that iit’s worth a shot. Whether the solution is sticky enough, we’ll see when the product comes out.

Sealing up the smartphone

To give the AirPods the stage, Apple sealed up the headphone jacks – also a sore point. We’re thinking Apple was aware of how the audience would react – but maybe that’s what they wanted. They wanted a bold statement that they’re changing things up. Look a little beyond the surface, and you’ll see that what they may be trying to say is that they’re committed to moving to a wireless ecosystem. If they can do away with something as beloved as the headphone jack, what’s stopping them from removing all ports altogether? Is their Lightning Port next? Where is this all leading up to? With all the potential entry points for liquid plugged up, Apple could theoretically bring a truly waterproof phone one day – a development as important to smartphones as the all-wireless revolution. A phone that can go anywhere – deep into the sea, or in the middle of a storm – sounds like a revolution in itself. (Read: WATCH: Conan’s satirical video on how Apple’s AirPods might fare in real life)

Apple has always had a good track record of copying and improving tech: smartphones, tablets, and now, wireless earbuds. If anything, consumers should be excited about what Apple could bring to the table – or how Apple can change that table altogether. (Probably not changing soon: Apple’s premium pricing.) Tim Cook has enormous shoes to fill, and the bold move toward “wireless everything” seems to deliver the message that Apple can still disrupt the industry even without Steve Jobs.

And if the AirPods fail? Well, at the very least, you’ll have new earrings to wear. – Rappler.com