What virtual reality racing on the PlayStation 4 feels like 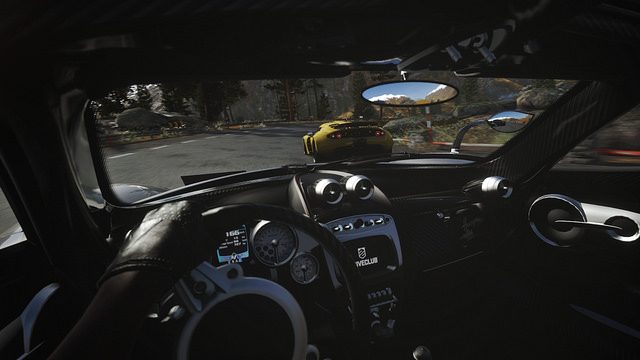 TOKYO, Japan – Driveclub, a racing franchise exclusive to the PlayStation 4 (PS4) is careening straight to the world of virtual reality (VR), with Driveclub VR. Set for release this year, the realistic racing sim aims for one thing: bring a definitive VR driving and racing experience to the PlayStation VR (PSVR) system.

At Tokyo Game Show 2016, I got to test out the ride myself, going for a few laps around one of Driveclub‘s tracks. My verdict: It’s nothing short of incredible.

As I’ve never experienced playing a fast paced game in VR, I expected to experience dizziness or motion sickness.

Initially, it took awhile for me to calibrate the PSVR as I was doing my best to adjust the headset to get rid of the blurry screen and lessen the potential discomfort once I started playing it. The VR peripheral required a little calibration so I wouldn’t say it’s a plug-and-play device, but it was easy enough to adjust the settings.

Right out the bat, I struggled to get the controls right as I’m used to pushing the pedal to the metal immediately. There was a point where I kept spinning out of control for the first lap and crashing into the wall. I was pleasantly surprised that I didn’t feel dizzy at all.

We raced around a city track that only had a couple of sharp turns and a few slopes. The race was held during the late afternoon when the sun was just about to set, which was perfect for showcasing the graphics of the PSVR.

The best part of the demo was going through the sharp turns. With the PSVR, you really feel you understand how a racecar driver feels as the car drifts through the turns. I wasn’t even embarrassed that I would lean right or left to match what I was seeing. Crashing into a wall felt real enough that my body went rigid for a split second before I realized this wasn’t real. The graphics on the PSVR are not as crisp and clear as seeing them on the television but they’re good enough to sustain that feeling of immersion. The lighting and shadows are still spot on, and the buildings and track still have quite a lot of detail, but don’t expect an HDR experience. Then again, we played on a standard PS4 so the experience could be more visually arresting on the more powerful PS4 Pro. (Read: Confirmed: The PS4 Pro does pump out nicer graphics)

The demo allowed us to pair the VR headset with either the standard PlayStation controller or a set of steering wheel and pedals. The latter set of peripherals obviously offer the more authentic experience.

Peripherals or none though, what matters the most here is the VR contraption attached to your head and how much it augments one’s idea of a racing game. In a nutshell: the experience is so seamless and immersive that it’s easy to get carried away in the game.

The performance was smooth, and I was amazed by how seamless the game interfaced with the VR headset. With a game that has rapid visuals you would expect some difficulty or lag in rendering the 360-degree environment.

In my short go-around, the visual performance was hitchless. I noticed no drop in frame rates or clipping even as I looked around the cockpit while clocking in at a throat-tightening 290 kp/h. (I like to live on the edge.) Even at that speed, the game retained that disbelief-suspending responsiveness.

There was no actual inertia or g-forces acting on my body. Yet Driveclub VR nails a lot of crucial points to count as an immersive experience. If you’re the type of player who moves their entire body when playing racing games then you’re in for a treat. It’s an exciting time to be a racing game fan with promising VR tech for consoles upon us.

My time with the game was limited but I could tell that the VR in Driveclub VR is well- executed. It’s games like these that can make one believe that VR gaming truly is the next great frontier.

Now, perhaps if the cockpit can show functional side mirrors and the rearview mirror, then we’d be another step closer to blurring the lines between reality and VR gaming. – Rappler.com