MANILA, Philippines – It took me a while to shake off nausea from trying out the virtual reality (VR) device, Oculus Rift, for the first time. My prior dalliances with VR include a chance encounter with Nintendo’s Virtual Boy in the 1990s, a VR rollercoaster ride on the Samsung Gear VR, and some experiences with those cardboard things you slap onto a smartphone.

My time with the Oculus Rift at the local game development studio, Zeenoh, was my first prolonged exposure to the current crop of VR devices. Supremely and divinely blessed was I that Zeenoh chose a horror game for this session.

Actually, I didn’t have much of a choice. The game, Nightfall: Eclipse, is the 7-man team from San Juan’s first VR title. It takes place in a haunted mansion filled with the masterful works of a clearly troubled individual: creaky floorboards, mist-laden hallways, and sinks bloodied by a rather disorderly dinuguan cook.

Navigating through the supernatural mess are 3 characters: journalist Rianne Gonzales, “camera operator” Mark Concepcion, and Judith Mae Chua, the world’s unluckiest intern. There is a 4th character: Randy. But according to Zeenoh, Randy died before the actual game proper. They visit the cursed mansion in hopes of uncovering a mystery, like good journalists are wont to do.

Inside, they uncover a number of things not from this world. The player chooses an avatar from the 3-character pool.

I chose Rianne because we share a surname. Frivolous but whatever. According to Geoffrey Daigon, the studio’s creative director, the characters will have a number of differences that slightly tweak the game experience.

As Rianne, I found myself right smack in the middle of a room. It was pitch black. They told me to press “A.” I did, and a burst of light chased away the darkness – momentarily. They said the “A” button had your character activate the flash on their camera – although the actual experience is more akin to a lightbulb coming to life before slowly fading away.

There was indeed a Resident Evil (RE) vibe to the setting. Daigon, prior to the demo, said their horror game was inspired by the original RE game for the PlayStation, which was also set in a mansion.

They’re also very good at surprising you. I walked along a dark hallway and out one popped. I screamed, and the developers in the room laughed, probably pleased with their handiwork. Nightfall: Eclipse mostly nails the immersion that VR is supposed to deliver. “I am inside this scary mansion,” my eyes, ears, and body told me but my brain was more sensible. “Laro lang ‘yan (It’s just a game).” 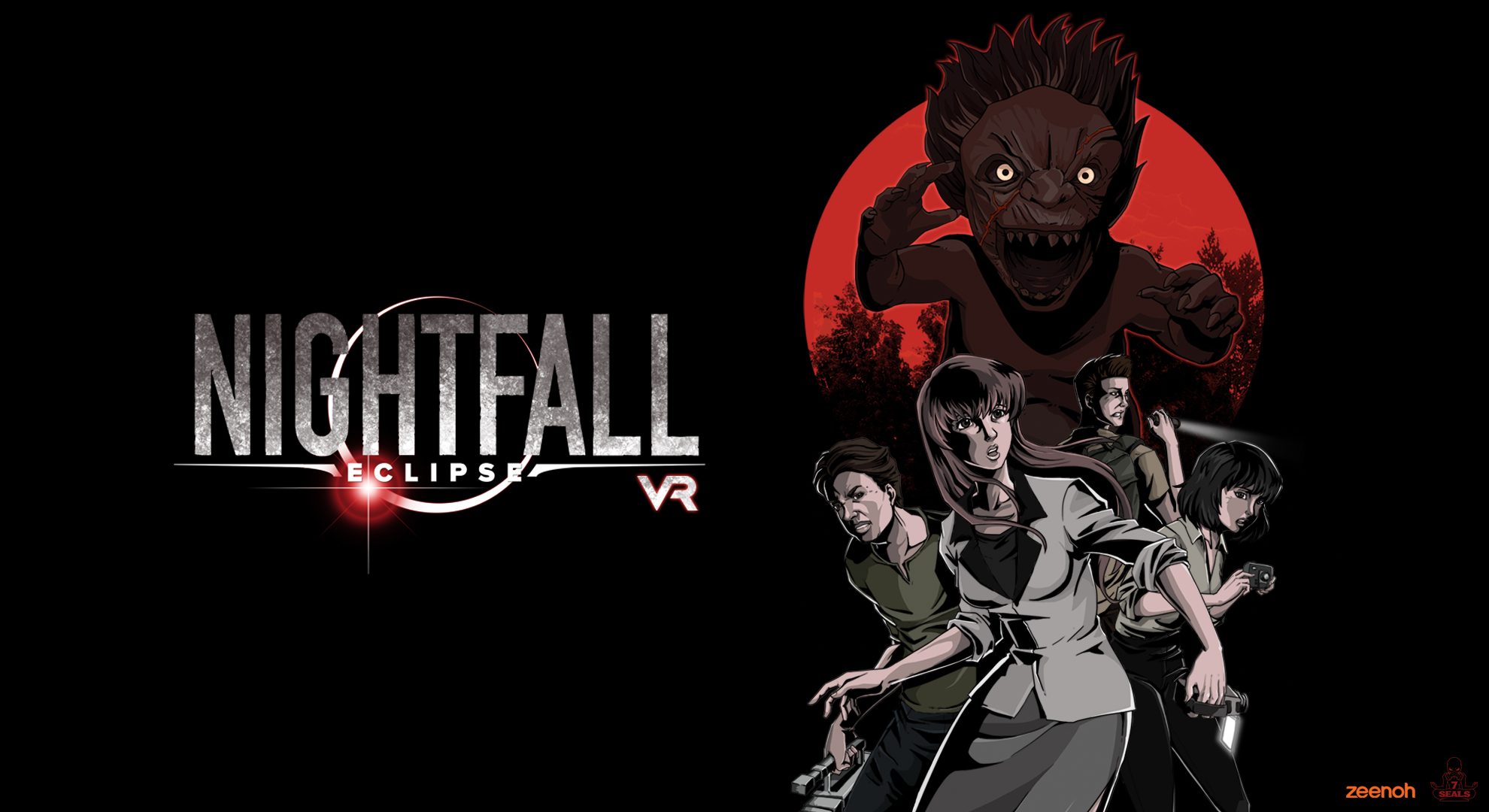 The game got me good a number of times. You can see this in the video above. It was a new experience and offered a fresh perspective to the gamer who’s used to his typical 3rd-person survival affair. The trappings were familiar; it’s survival horror. But I wouldn’t say yet that this was more immersive than the best non-VR horror games I’ve played.

The game – a $7-title when it releases via Steam later this month – had some moments that shook the suspension of disbelief. I felt the penitent could run towards you with some real weight to his motion. A number of sound effects also sounded like something I heard from an old horror movie.

Still, the game, which is currently 90% done, said Daigon, got me good a few times – and isn’t that the goal of a horror game? I was legitimately dizzy after the experience but Daigon said that is normal for a first-timer. It’s not so bad to discourage me from playing more VR games in the future. If anything, Zeenoh Games should be applauded for being bold enough to develop original material – and on a platform that has yet to reach mainstream adoption, no less.

Eclipse is the second game in the Nightfall series. The first, Nightfall: Escape, hones in on Ara Cruz’s adventure in the same cursed mansion featured in Eclipse. Cruz, according to Zeenoh, is also a reporter and whose name was inspired by the real-life journalist Kara David. Escape is now available on Steam for $14.99.  – Rappler.com