Facebook Twitter Copy URL
Copied
From sleeping in the streets, the designer worked his way to crafting an app that allows users to earn rewards from selfies

CEBU CITY, Philippines – After having to drop out of college, Seph Mayol, the co-founder of Cebu start-up Hoy! Rewards, spent his days working in a computer shop near the University of San Carlos in the late 90s.

“I didn’t even have a computer. I worked as an assistant in an Internet cafe,” he said. “When it wasn’t busy, that’s when I’d practice design on my own,” he told Rappler.

He’s now a co-founder of an original social app called Hoy! Rewards. The app gives rewards for users who take selfies with their favorite brands.

He was 17 when he first starting practicing design. “We experienced living in the streets before,” Mayol said in Bisaya.

His parents got sick while he was young. While his mother survived, his father passed away.

“Computers were really my passion,” he said. “In those days, there weren’t any YouTube tutorials. So I just studied design of the Americans and Europeans,” Mayol explained.

Before founding Hoy! Rewards with his business partner Royce Albert Dy, Seph took the skills he learned in the internet cafe and worked as a freelance designer, creating online and offline projects for Hollywood websites, movies and celebrities.

Freelancing helped provide a good living for Seph and his family. But by 2015, he, together with Dy, was ready to develop his own app. (Read: [Executive Edge] Hoy! Turning selfies into brand placement)

Mayol got his idea for Hoy! from watching movies. “The idea hit me while I was watching Transformers,” he said. “I noticed how brand placements were very noticeable in that movie; usually brand placements are being done in a subtle manner.” This was also the time when the Philippines was hailed as the “selfie capital of the world.” 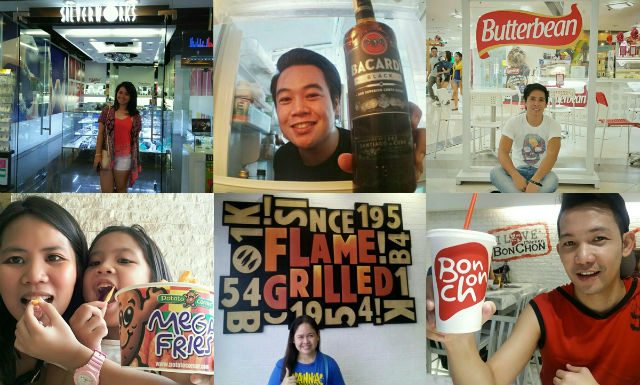 The idea excited him. “What if there’s a camera in front of us, in all of our daily activities, just like the actors in the movies? How many brands do you think you could show to your audience?” He noticed that people were already doing this, and saw an opportunity.

For someone to get rewards, one should first download Hoy! from Google Play or the iTunes app store then set up their profile.

Each Hoy! brand partner assigns a “goal memory” or the number of likes the user’s selfie should achieve. For example, Chowking might ask you to take a picture with their store logo, cup, food packaging or take-out bags. The app will tell the users how many likes the photo should generate. Hoy will validate if the task has been completed, then a digi-stub will be issued for a reward of free food or dessert from Chowking.

Seph said the goal is for Hoy! to be mentioned in the same breath as Uber, Facebook, Instagram, Grab, Viber and other popular mobile apps used across the globe.

While the company has received partnership and acquisition offers, Seph is committed to maintaining the identity of Hoy! as a uniquely Cebuano-made app.

But it hasn’t been without challenges. Mayol said he’s had to market the app to partners on his own in Manila after a partnership with a public relations agency fell through. From this February to June this year, this required him to split his week between Cebu and Manila.

“I learned that if you want to get into start-ups, there are no shortcuts. Hard work is the only way to go up,” he said.

“Don’t get carried away with the glitz, glamour and romanticized success stories,” Mayol advises other aspiring tech entrepreneurs. “There are just as many stories of failure as there are of success. It gets discouraging sometimes, but you just have to keep going.” 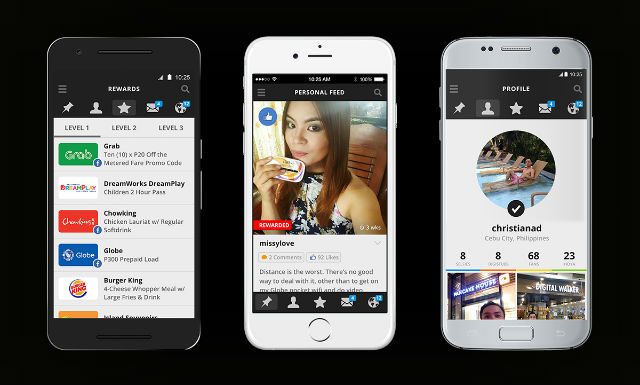 But since Hoy! re-launched this 2016, 14,000 users have registered to join the rewards network. And almost 400 have claimed rewards for their selfies.

It wasn’t too long ago, where Seph was sleeping in the streets. Now he and his business partner are planning to seek venture capital funding to help the app go worldwide. – Rappler.com