LOOK: The phones revealed at the Mobile World Congress 2017 so far The Mobile World Congress (MWC), the world’s biggest annual expo for mobile devices, officially kicked off on Monday, February 27 at Barcelona, Spain. The expo runs until Thursday, March 2 but brands and manufacturers wasted no time in announcing their newest wares.

You’ve most likely heard of the returning Nokia 3310, which has been burning up social media feeds since it was announced in the wee hours of Monday, Manila time. The new-and-improved feature phone from Nokia – now owned by HMD Global – was certainly the most popular, yet it wasn’t the only one worthy of attention.

Here’s a rundown of the devices that have been announced after day 1 of the MWC.

With Samsung phones not making an appearance at the show, Huawei and their P10 and P10 Plus enjoyed some extra attention. The P10 has a 5.1-inch 1080p display, a Kirin 960 processor and 4GB of RAM – 2 specs that are the same on the recently released Huawei Mate 9 phablet. But what sets the P10 apart is its dual cam Leica setup which has a new-and-improved portrait mode.

The P10 Plus, on the other hand, can be had with 6GB RAM if one chooses to. Its cameras feature wider apertures. The phone also comes with a larger battery and supports 4.5G with 4 LTE antennas for faster connections. A mid-range unit with a dual-camera setup: a 13MP primary sensor and a 2MP secondary sensor for depth-sensing. The system is able to emulate apertures from f/1.0 to f/8.0 to give you more control over bokeh or the out-of-focus parts and has post-capture refocusing. The V8 Lite is the cheaper version, and lacks the appealing dual-cam setup. 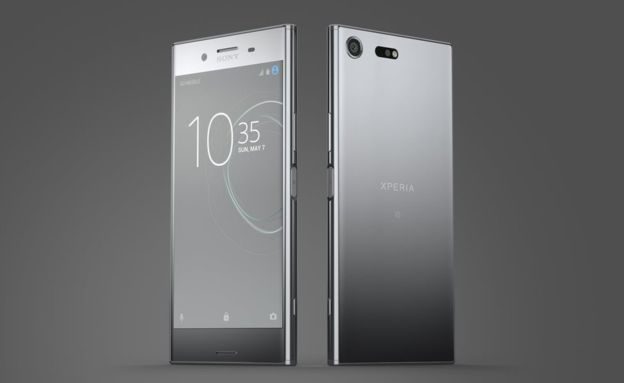 A beast of a phone featuring the Snapdragon 835 chip – the first flagship to officially carry Snapdragon’s most powerful. Along with that, it’s also the first phone to have a 4K screen with support for HDR imagery, and 960 frames-per-second (fps) slow-mo shooting ability, which is 4 times the norm for smartphone cams. The phone is wrapped with Gorilla Glass 5 all around for extra protection and for that shiny look.

The XZs, specs-wise, is like last year’s XZ with the addition of the super slow-mo capability introduced in the XZ Premium. Sony’s XA series gets a revamp with the XA1 (a 5-incher) and the XA1 Ultra (a 6-incher). Both carry the XA’s borderless edge-to-edge design DNA and a propensity for powerful cameras. The XA1 and Ultra both have a 23MP main shooter with SteadyShot technology but only the latter has a selfie-friendly 16MP front-facing cam with autofocus and dedicated LED flash. The 3 and 5 are more affordable derivatives of the Nokia 6, which is now available in some markets, and has been spotted in Lazada going for P18,590. Here’s a great feature, however, that will be available in all models: they will all run on Android’s latest version, Android 7.1. The legendary phone returns now with 2G connectivity, a 2-megapixel camera with LED flash, a headphone jack, an FM radio, an MP3 player, 16 MB storage plus a MicroSD card slot with support up to 32 GB, and above all, 22 hours of talk time. Its specs point to a pretty standard smartphone experience: a 5.2-inch screen, a 1.5 GHz octa-core chip, 2 GB of RAM, an 8MP rear camera. Its entire back panel lights up to produce different patterns that serve as notifications or as some sort of visual equalizer dancing to the music.

Alcatel A3 and U3 Surprisingly, this phone from this famous battery brand has some good specs: an octacore 2GHz processor, a 5.5-inch full HD display, 4GB of RAM, 64GB of storage, a dual camera setup on the rear, a 4,000 mAh battery, and an 8MP front shooter. It also comes with a fingerprint sensor, is IP68 dust and water resistant, and judging by its appearance, very, very tough. LG’s G-series is no longer the flagship with the V-series taking that mantle. Yet the G6 still has some amazing things going for it. Chief of which: its strange 5.7-inch screen with an 18:9 screen ratio, which makes it appear narrower and longer than usual. Why? So there’s more to see while still retaining easy single-hand use. The LG G6 comes with a Snapdragon 821 chipset, formerly Snapdragon’s best, 4GB of RAM, an IP68 waterproof and dustproof rating, and Android 7.0 Nougat. Hate frequently charging your phone? The X Power2 and its 4,500 mAh battery are for you. With that battery size, LG says you get 18 hours of web surfing or 15 hours of continuous video playback. Apart from the battery, its other specs are pretty ordinary: a 1.5 GHz processor, a 5.5-inch HD (720p) display, 13MP rear camera, 5MP front camera, and Android Nougat.

Motorola Moto G5 and G5 Plus A budget pair from the Lenovo-owned Moto brand with specs and looks that punch above its weight class. The duo has a new metal exterior for a really cool vibe. The regular one carries a 5-inch Full HD display, a 1.4GHz Snapdragon 430 chip, 3GB of RAM and a 2,800 mAh battery. The Plus version has a faster 2GHz octa-core processor, a 3,000mAh battery and a 5.2-inch Full HD display. Nokia isn’t the only one trying to make a comeback. Blackberry, in partnership with TCL, officially announced the KEYone, a phone with a 4.5-inch screen and Blackberry’s signature keypad. The phone’s frame is made of aluminum and has a soft textured back. As for specs, it has a Snapdragon 625, a 3,505 mAh battery, a 12MP rear camera and Android 7.1.

It’s nothing but a concept at the moment, but if ZTE’s plans push through, we’ll soon have a phone capable of reaching 1 Gbps data speeds. The concept phone from the Chinese phone maker will use the Snapdragon 835 processor, which uses the X16 modem. The modem is able to reach gigabit LTE speeds. Attaining such speeds will enable phones to view 4K content and 360-degree VR videos to name a few.

Which of these phones are you most looking forward to? – Rappler.com