How Diwata-2 is better than PH’s first satellite, Diwata-1 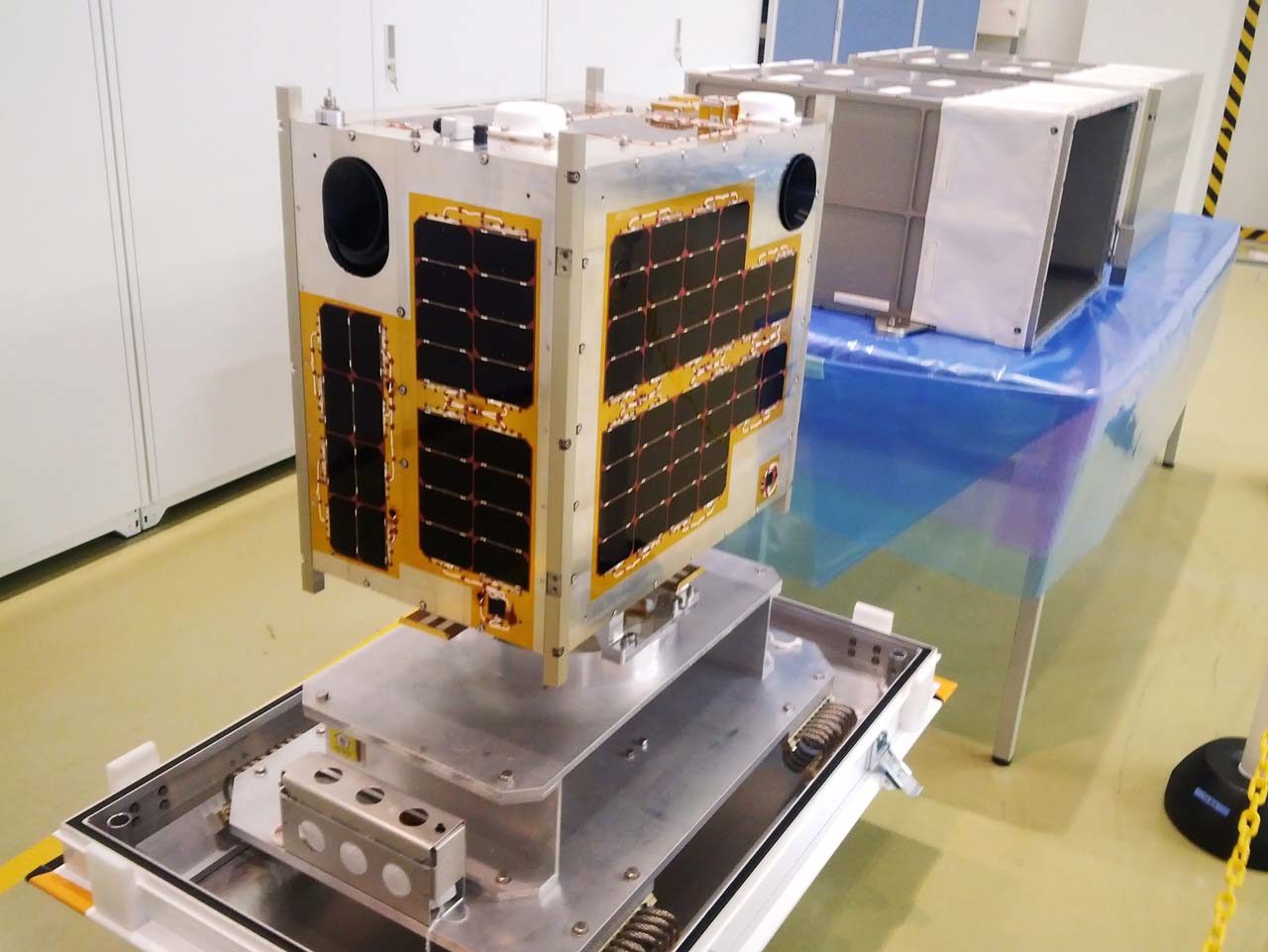 Diwata-1’s booth at the May 24 fair showed a miniature rendition of the 50-kilogram micro-satellite placed inside a glass box while a PC monitor showed some of the thousands of photographs it has transmitted to its ground receiving station (GRS) at the Department of Science and Technology – Advanced Science and Technology Institute (DOST-ASTI), UP Diliman, Quezon City.(Read: Introducing Diwata, the first Philippine-made satellite)

The micro-satellite was a celebrity at the tech fair, having ushered the Philippines into the space age when it was launched and deployed to orbit on April 27, 2016. (Read: PH microsatellite Diwata-1 launched into space)

But where does the DOST’s satellite program go from here? Thankfully, Ariston Gonzalez, one of the “Magnificent 9” (the group of Filipino engineers who pioneered the design, development, and assembly of Diwata-1) was on hand to satisfy this curiosity.

Gonzalez fielded questions from visitors about the Philippines’ maiden eye-in-the-sky. He also provided some updates on Diwata-1’s “sibling,” Diwata-2, now under development in Japan.

Gonzalez was in Japan a week before the fair, where he was involved with the design and development of the country’s second satellite, targeted for deployment in the second quarter of 2018.

“For now, we are still at the structural development, and the evaluation of components together, [and] testing. It is on time, really. Hopefully, in the next few months we can start integrating the engineering model. The engineering model is the next critical phase before we proceed to the flight model, which is the final one that we will send to JAXA,” said Gonzalez.

Naturally, Diwata-2 has some improvements over its older sibling.

Diwata-2’s payload includes 4 state-of-the-art cameras like 1. However, Diwata-2, is the only one with a radio for better communication. Diwata-2 will also be sent to an orbit 213 kilometers higher than its older sibling (orbiting at 400 kilometers above earth) for a longer life. Diwata-1’s useful life is expected to cease in November 2018 as she gives in to decay and the gravitational pull of the planet.

Diwata-2, while an improvement, will have the same mission as 1: to monitor the country’s agricultural landscape and environment. The new model is designed to be able to monitor things more closely, aided by its “sun-synchronous orbit.”

At the celebration of Diwata-1’s first anniversary in orbit, Dr. Gay Jane Perez – among the project leaders at the PHL-Microsat Project – explained the benefits of the Diwata-2’s sun-synchronous orbit: “With Diwata-2 being sun-synchronous, we get passes in a more periodic way. So, if we have an area, for example, experiencing drought, we can monitor the development on this specific area.” Essentially, the new feature improves the ability to monitor.

Gonzalez, at the tech fair, said that they’re planning to put up a second GRS in Davao City to which Diwata-1 and 2 will be able to transmit photographs. The first GRS (named “PEDRO”) is at the DOST-ASTI facility in UP Diliman, Quezon City.

Diwata-1 has currently captured thousands of photographs, taken over the course of 5,000 passes around Earth, moving at 7 kilometers per second. The Diwata-1 photos are available for free to both government agencies and private individuals at the PHL-Microsat website.

The agreement is aimed at sending two satellites in space, with Diwata-1 being the first.

At present, 9 Filipino engineers from UP and DOST are at the helm for the continuation of the PHL-Microsat program: Delburg Mitchao and Ellison Castro at HU; Leonard Paet at TU; Adrian Sales and Joven Javier at the Kyushu Institute of Technology (KyuTech); research student Gerwin Guba; Julie Banatao and Paolo Violan, who will also be enrolled soon at a Japanese academic institution; and Ariston Gonzalez, who will be stationed at the DOST-ASTI.

Gonzalez moved back to the Philippines after finishing his Master of Science in Aerospace Engineering at TU in March 2017. A third micro-satellite is a distinct possibility.

Dr. Carlos Primo David, executive director of the Philippine Council for Industry, Energy and Emerging Technology Research and Development (DOST-PCIEERD) told Rappler recently that DOST is planning to build Diwata-3. Nothing is final yet, he clarified, but they are in discussion with Japanese engineers for a 3rd Diwata.

With these projects, Gonzalez said that STEM (science, technology, engineering and mathematics) is “very much alive in the Philippines.”

“[If] more young minds can engage in this – they have a place to go. In fact, the place they can go is very high: space. If they can stick to it…there are lots of things going on in the environment, and lots of ongoing developments they can contribute to,” Gonzalez said. – Rappler.com