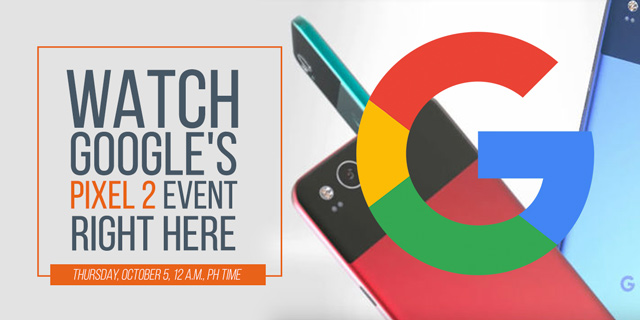 MANILA, Philippines – After last month’s big Apple event, it’s now Google’s turn to wow us with their new products – chief among which are the new Pixel phones, the Pixel 2 and the Pixel 2 XL.

Other products that the search giant is likely to reveal are a new version of their home assistant Google Home, new Daydream VR devices, and a new high-end Chromebook called the Pixelbook. (READ: Beyond Pixels: Other expected things at Google’s Pixel 2 event)

Google will be livestreaming their event on YouTube, Wednesday, October 4, 9 am, Pacific time.

Philippine viewers can catch the event on Thursday, October 5, 12 am.

Watch the show right here as we’ve embedded the livestream above. – Rappler.com