MANILA, Philippines – ASUS officially unveiled their 2018 flagship, the ZenFone 5, at Spain’s Mobile World Congress, Wednesday, February 28, Philippine time. The 5 will come in three variants: the standard, the top-of-the-line 5Z, and the entry-level Lite.

Prior to that, the Philippine arm of the company held a small media event where they showcased a preproduction version of the 5. The showcase confirmed an online leak: the ZenFone 5 will have a notch similar to what we’ve seen on the iPhone X. This makes ASUS the first high-profile brand to come out with a phone that obviously borrows the X’s most distinctive physical feature. 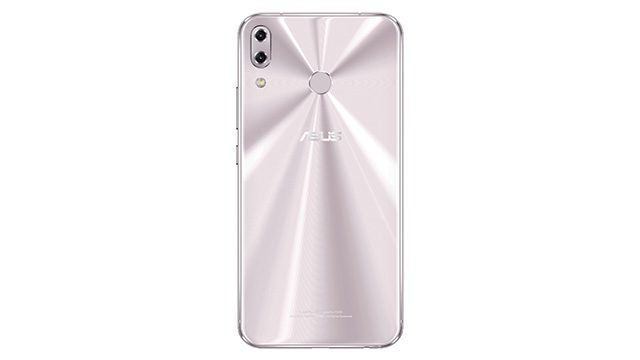 For comparison, here’s the iPhone X’s back portion: Before the 5, there were a handful of manufacturers who copied the iPhone X’s design.

To be fair, Google itself is rumored to be incorporating the notch design in its upcoming OS update, Android P, in preparation for more Android phones with the notch. The ZenFone 5 just happens to be one of the first to do so. (READ: Google likely ‘borrowing’ iPhone X notch with upcoming Android update)

Here’s another first: the 5 is the first phone to have a midrange Qualcomm Snapdragon 636 chip with its neural processing engine enabled. Simply put, the phone will be AI-powered. The 636 launched in October 2017, and has been known to be in other phones such as the Xiaomi Redmi Note 5. But ASUS says this is the first instance that the chip’s AI capabilities have been unlocked for a phone. The AI amounts to several things, ASUS said. It powers the phone’s AI display management capabilities – it supposedly knows when you are viewing it, and so, it won’t dim down. It also has auto color temperature, wherein the screen’s color temperature is adjusted according to the situation.

It has AI ringtone, which adjusts the volume of the ringtone based on your surroundings. In a meeting for instance, the phone will automatically lower the volume. With AI photography, the phone learns your preferences when taking photos, and applies it to future instances. It also has AI-powered smart charging, where it learns when you need to charge the phone fast, and when it can slow down the charging in case you’re going to connect it for a long time. Check out the specifications below:

The top-of-the-line 5Z shares similar specs with the 5 but comes with a few upgrades including Qualcomm’s flagship chip, the Snapdragon 845 chipset, 8GB of RAM, and 128GB or 256GB of storage, starting at 479 euros (P30,600)*. So far, the 5Z is the only one with an official price attached, and will come out in June. The budget variant ZenFone 5 Lite loses the iPhone notch, and its screen shrinks a bit to 6 inches with an aspect ratio of 18:9 and full HD+ resolution (2160×1080). It will come in two processor variants: one with a Snapdragon 430 and the other with a Snapdragon 630. RAM and storage are also variable with choices of 3GB RAM and 32GB of storage or 4GB RAM and 64GB of storage.

It will sport dual cameras on the front and back unlike its bigger brethren which only have the dual camera setup at the back. It will have a 3,300 mAh battery, and is set to come out in March – the first out of the gates for ASUS’ new 5 series. – Rappler.com