Facebook Twitter Copy URL
Copied
Samsung shows off the new Galaxy S9 in the Philippines alongside its global launch at the Mobile World Congress in Barcelona, Spain

MANILA, Philippines – The follow-up to the Samsung Galaxy S8, the Galaxy S9, has been unveiled.

In conjunction with its launch at the Mobile World Congress 2018 in Barcelona, Spain, Samsung held a launch event for media in the Philippines. The S9 and the S9+ were showcased to attendees, and their official specs, features, and prices revealed.

The official figures are quite close, if not spot-on, with the swirl of rumors circulating online pre-unveiling. Chief of which is the variable aperture cameras: one is an f/1.5 shooter while the other is f/2.4. The former allows for more light to come into the sensor, so theoretically, it will have better lowlight performance. For the uninitiated, a smaller aperture number means a bigger opening, and much shallower depth-of-field.

The f/1.5 aperture is currently the biggest in the smartphone business, topping Korean rival LG’s V30 and its f/1.6 shooter. Samsung boasts multi-image processing for the S9 that’s designed to reduce image noise when shooting photos under low light. Samsung said the S9 is 60% better at shooting in lowlight compared to the S8.

Camera aside, many of the S9’s improvements over the S8 are software-based. First is its ability to shoot 960 frames-per-second (fps) super slow-mo videos. The S8 shot 240 fps slow-mo clips. The S8’s slow-mo camera uses an auto-take feature, which automatically activates the slow-mo recording when motion is detected in a certain square area. It also has “Auto BGM” (background music), a feature that lets you choose from 35 audio samples to serve as music for the slow-mo clip. 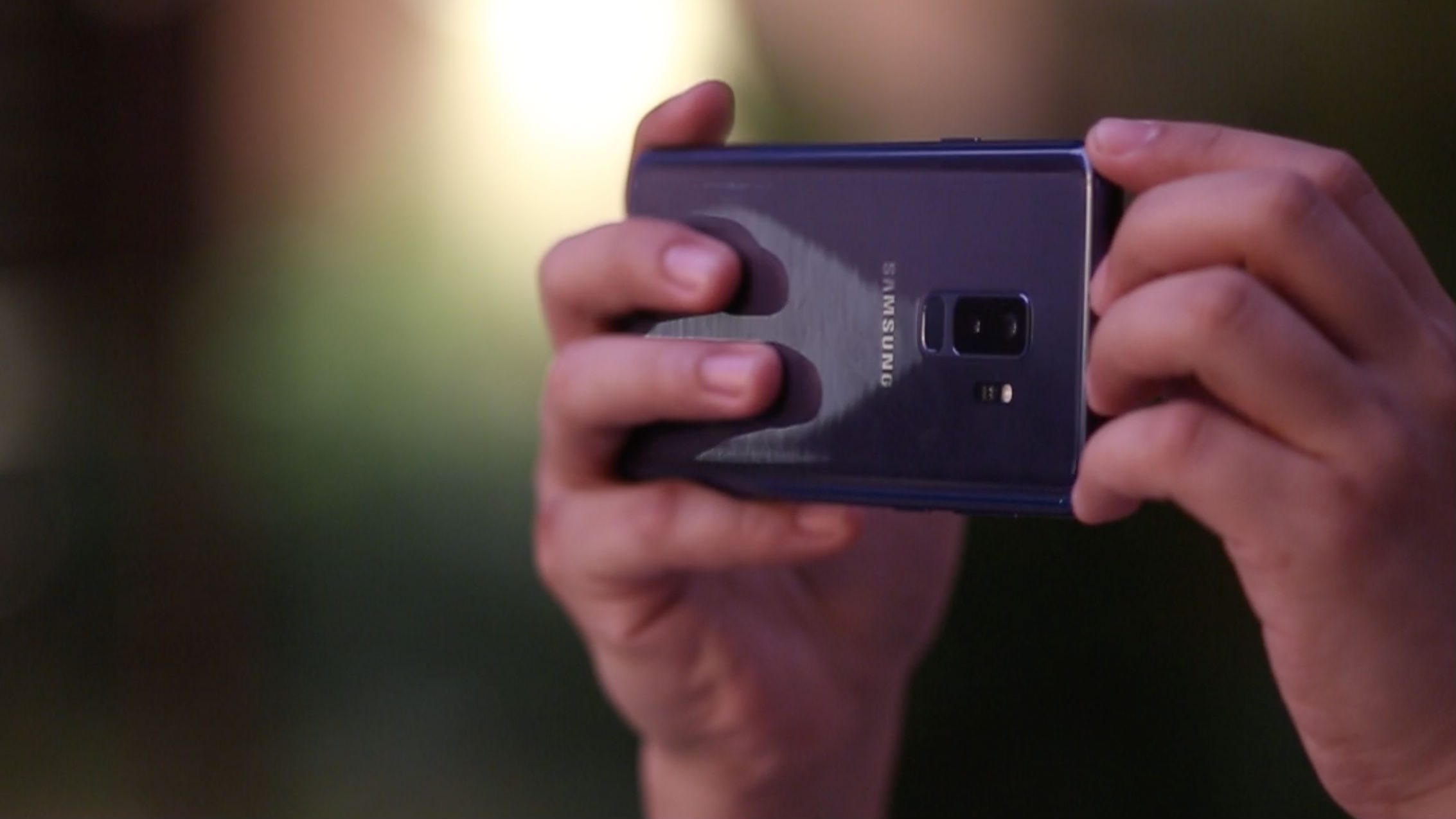 Users may also use their own music, and may transform slow-mo clips into GIFs.

In a turn of events, Samsung includes a feature that’s iPhone-inspired: AR (augmented reality) emojis. Like the iPhone X’s animojis, AR  emojis let you use a virtual face as your own, which mirrors your real face’s expressions. We’ll report more on the differences between Samsung’s AR emojis and the iPhone X’s once we get the chance.

The S9 also has what it calls “art bokeh” which lets you transform bokeh (the blurry background usually seen as orb-like objects) into other shapes such as hearts or stars or something else.

The Infinity Display lives on

The Bixby button, which summons Samsung’s virtual assistant, remains. The audio jack is also retained to the joy of many.

The changes? The fingerprint sensor has been moved to the bottom of the cameras. The S8’s sensor was placed beside the cameras. Some are saying that the new placement is more ergonomical and friendlier to the finger. The top and bottom bezels have also gotten slightly smaller: 0.4 mm has been shaved from the top while the bottom bezel gets a 0.88 mm trim. The S9 screen is also blacker, said Samsung, which means it blends better with the bezels. Samsung showed a presentation slide where the S8’s screen showed a grayish tinge next to the bezels.

And the rest of the features

The S9 also gets stereo speakers – one at the bottom and one at the top – powered by premium audio brand AKG. Samsung said the speakers are 1.4 times louder than what the S8 was capable of.

One big security upgrade is the S9’s ability to use both iris and face detection simultaneously. The S8 made users choose one or the other.

The S9 also comes with Bixby 2.0, which features live AR-visualized language translation, among other new features. With live translation, just point the camera at a body of text, and it can convert to a number of different languages.

One of the major differences between the S9 and S9+ is the RAM, with the former having 4GB and the latter with 6GB.