Cryptocurrency mining: What you need to know 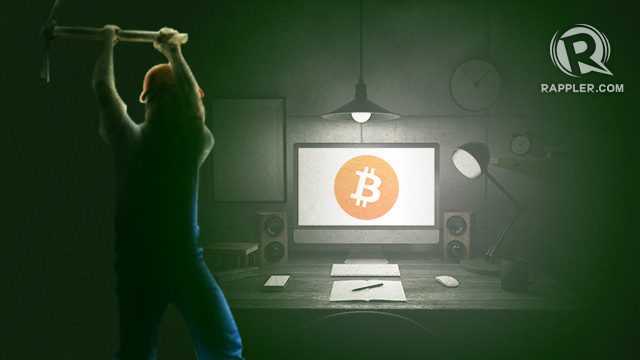 Facebook Twitter Copy URL
Copied
Ever thought about setting up your own cryptocurrency mining empire? Here are the must-know facts before you attempt to

Ever since Bitcoin and other forms of cryptocurrency strode into the scene, cryptocurrency mining has become a topic of discussion among computer enthusiasts and interested parties looking to make money or have an alternative revenue stream going.

For those of you who’ve ever thought about Bitcoin, or ethereum, or monero, and wanted to get into the mining side of things, there are a couple of things you need to know beforehand.

What is cryptocurrency mining?

For the most part, cryptocurrency mining is essentially a form of digital bookkeeping.

A miner performs accounting actions (also known as transaction verification) for the coin network of his choice. He gets paid for the service with a fraction of cryptocurrency every few days.

What do you need to mine cryptocurrency?

You’ll need a couple of things just to get started, aside from cryptocoin wallet where cryptocurrency will go into.

It may sound easy, but it’s not cheap or as simple a solution as one may think. Malicious cryptomining is becoming a thing

Yes, it is an expensive enterprise to set up even just one miner. The returns do not necessarily justify spending as much unless you’re willing to go in it for the long haul and with multiple machines running.

That said, you’ll also need to find a place with adequate cooling for the miners, as cryptocurrency mining computers generate oodles of heat.

To actually make a profit, you generally need to invest a lot, and ensure you have cheap electricity, or you’ll be spending more money before you could ever strike it rich.

That said, unscrupulous actors have taken to using malware against people’s devices for mining. Through malware, the cryptominers use other people’s electricity for their mining ventures, either to offset or eradicate the costs of setting up a mining empire, with all the malware-affected devices providing profit instead.

There is also something called drive-by cryptomining. When Coinhive, a cryptocurrency mining API for Monero on browsers, was released, it allowed people to attack others on the browser level. A notable case involved someone using the Android devices of millions of users to mine Monero.

MalwareBytes, in a recent report, also noted the rise of spam and exploits, as well as Mac-based cryptominers making the scene for malware makers looking for a payday.

Cryptomining hits the environment too

That isn’t to say cryptomining doesn’t have its own physical issues. As we mentioned earlier, cryptomining generates heat, and you need electricity to power the computers and the cooling you’ll be using on a cryptominer.

As a result, cryptocurrency mining eats up a lot of electricity, and in one study, bitcoin mining now consumes more electricity than 159 countries.

What does this translate into? Depending on where you live, that could mean an increased use of fossil fuels.

In a Futurism report, it’s been said that even if hardware improves to cut electricity consumption, “it seems unlikely that serious miners would cut down on their efforts simply because they can use less electricity in the process.”

The report added, “even as hardware gets more efficient, there will be no drop in consumption – and that could mean that this problem will only get worse.”

Should you get into cryptocoin mining?

Unless cryptocurrencies die out suddenly, cryptocoin mining will remain a big thing. It is not an easy, or necessarily environmentally-friendly way to make money, so you can’t really generate it as a second income stream.

If you’re willing to spend some money to turn your gaming PC into a cryptocoin mining rig, however, it may keep you warm on a cold night while you sleep. (Actually, someone has done this already.)

That’s at least one of the quirkier unintended consequences for cryptominers moving forward. – Rappler.com