4 things to know about Telegram messenger 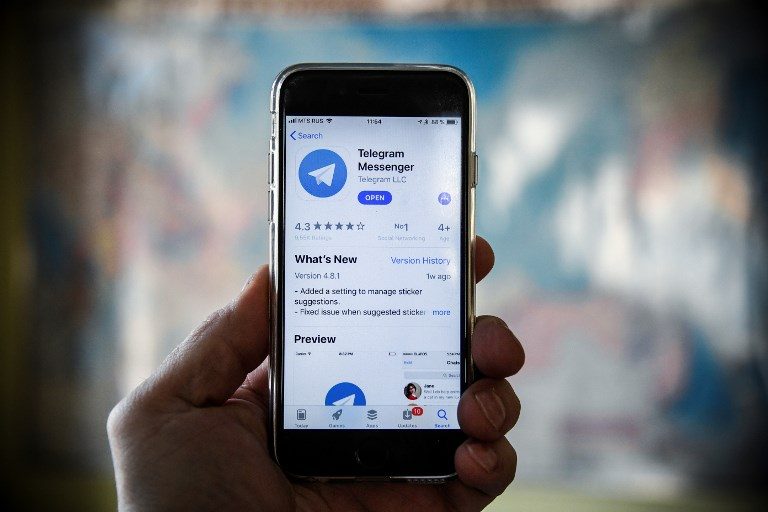 Facebook Twitter Copy URL
Copied
Here are four things to know about the company, which says it has 200 million active users

MOSCOW, Russia – The popular messaging app Telegram risks being blocked in Russia after refusing demands to hand over its encryption keys to give the FSB security service access to users’ data.

Here are 4 things to know about the company, which says it has 200 million active users:

Known as Russia’s Mark Zuckerberg after the Facebook boss, Pavel Durov has amassed a fortune of $1.7 billion (1.4 billion euros) at 33, according to Forbes magazine.

He founded popular social networking site VKontakte in 2006 and Telegram – with his brother Nikolai – in 2013. Unlike his sibling, Pavel doesn’t shy away from the limelight.

He once threw bank notes from his office window in Saint Petersburg, shows off his sculpted chest on Instagram, and has quarrelled with shareholders and the authorities.

“Unlike other popular apps, Telegram doesn’t have shareholders or advertisers to report to,” Pavel Durov wrote on Telegram’s blog last month.

“We haven’t disclosed a single byte of our users’ private data to third parties,” he added.

Durov offered whistleblower Edward Snowden a job after his revelations of mass surveillance.

The service has been accused of aiding terror plotters by refusing to share users’ information. Iran recently restricted its use.

After the Paris attacks in 2015, Telegram shut accounts linked to the Islamic State group and has blocked 6,000 others.

Durov has said Telegram draws a clear line, with no restrictions on “criticizing local authorities, challenging the status quo and engaging in political debate.”

On the other hand, “promoting violence and calling for actions that can harm innocent people are not OK,” he wrote last year.

Investors are closely watching Telegram’s move into cryptocurrency. Experts say the messenger wants to create its own virtual currency.

The messenging service has raised $1.7 billion this year alone, a record figure for the sector, to develop the blockchain technology on which cryptocurrencies are based.

But the service’s heady growth has also had glitches. Last month the system went down for a few hours in Europe and the Middle East.

“Every service growing too fast is bound to experience growing pains, unfortunately,” Pavel Durov said. “Telegram is no exception, although we strive to be one.” – Rappler.com