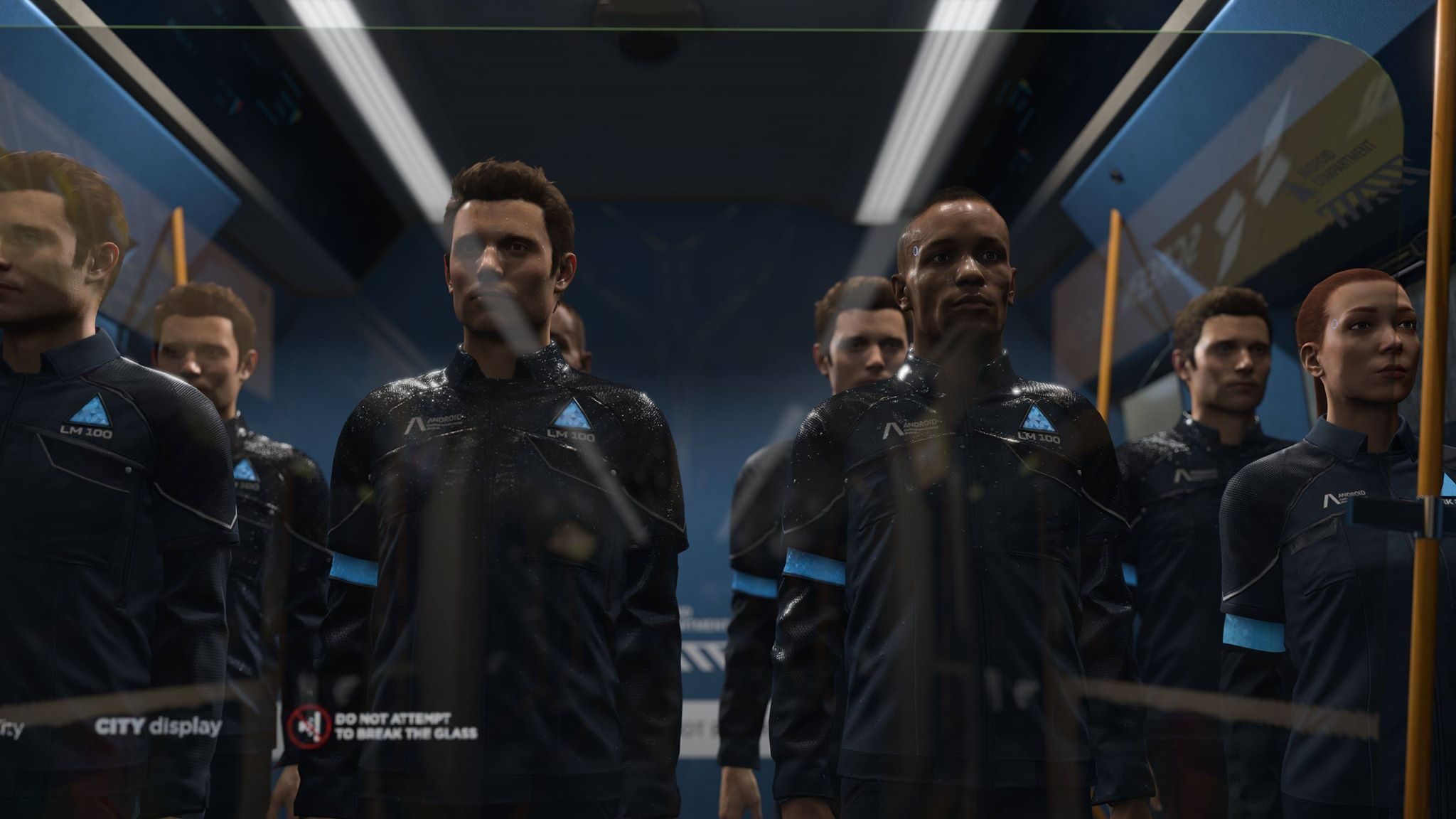 Much information and gameplay have been released about Detroit: Become Human before I even had my hands on it during a preview event last week. I’ve even tried it for a bit during the first Playstation Experience in Kuala Lumpur last year.

And while I’ve always had an inkling as to how the game would work, none of the things I’ve picked up on the game since its first appearance in E3 2016 could have prepared me with my experience during the preview.

We’ve always known that some of the best games centered around choices are often some of the most emotional and gut-wrenching games out there. It’s only natural. We become more involved in the story and in the characters, the more choices or power we’re given to influence an outcome.

And with many of these games, the focus becomes microscopic. We pick and choose which characters matter to us and we strive to keep them alive or give them the happy ending we think they deserve. And for the rest of the characters and the world itself, they either become collateral damage, or their stories are left forgotten.

From what I’ve seen so far, Detroit: Become Human takes a different approach. By taking us on a journey of three different characters and putting them against a backdrop that is both strange and familiar, we not only become invested in their stories but we also become invested in our world’s story.

DETROIT 2038. Welcome to the future, where advanced technology thrives and a portion of humanity strives to survive

Initially, I thought Detroit: Become Human would be similar to Rockstar’s L.A. Noire, except it deals with a lot more choices and it’s set in the future. Around close to two hours into the game I realized that, clearly, it isn’t the case. Detroit: Become Human paints a vibrant future with dark parallels to our present and our past. Parallels that can make us uncomfortable.

Detroit: Become Human is not afraid to ask the tough questions, nor is it afraid to give us a taste of our realities while presenting us with the future. Guillaume de Fondaumière, co-founder of Quantic Dream, confirmed in our interview that this isn’t a game for players to use as an escape from the present. This is a game that directly tackles worldly issues.

“We wanted to create a game that would touch upon socially relevant themes and that’s not something that’s very often done, if ever, in video games. But we believe that gamers, they read books, they go to the cinemas – and we create games for an adult audience, for an audience that wants maybe a little bit more from their gaming experience than just adrenaline,” says de Fondaumière.

The more I dove into the stories of androids Connor, Kara, and Markus, the more I realized that Quantic Dream painted a future that is not so different from today. True, there’s a dramatic upward shift in our technology with the existence of human-like robots with incredible intelligence and eerily human-like reactions. Yet almost every scene I’ve experienced in the game felt all too familiar.

Racism, abuse, and job displacement due to the advancement of technology – issues we face today – are prevalent in the game. Except this time, it revolves around the androids themselves.

There’s a scene in the game where one of the androids step into the back of the bus, the area assigned for androids, which harkens back to the days of racial segregation in America, a time when African Americans were heavily discriminated and separated from the rest as much as possible.

The selection of Detroit is definitly intriguing. It was a boiling pot for racial tension in the late ’60s, hosting what would historically be known as the bloodiest “race riot” in the United States’ “long, hot summer of 1967” – a string of 159 riots precipitated by the social inequalities experienced by African Americans.

At the same time, it was also the center of the automotive revolution back in the day – a period of prosperity that has come and gone in real life, but that which the game restores. This time though, it’s androids not automobiles.

The city’s history provides a potent, if also unsettling, springboard for the game’s narrative. And it only gets more intriguing the more you dig up things about the city and relate it to the game. Heck, RoboCop itself was set in Detroit, Michigan, although de Fondaumière had told us that the movie wasn’t an inspiration to the game.

But we digress. We go back to the game.

There’s a scene in the game implying an android being abused to the point where it had to be brought back to the store to put it back together and reset its memory. If one was to witness what happened to the android, I can imagine it would be a harrowing scene to relive.

There’s also another scene where an android is beaten up by a mob angry at how androids have replaced their jobs leaving them with no viable source of income. It’s a strong reflection of society’s direction should we not be able to adapt to the advancement of technology. It begs the question of how we are to secure jobs for those affected by the changes of technology.

Indeed, if you’ve come to play to escape such topics, you’ve picked up the wrong game. That being said de Fondaumiere elaborated that Quantic Dream has no blatant political message embedded in Detroit: Become Human.

“We don’t have a message for society but we’re asking questions. We’re telling gamers okay, here’s the context, what would you do in such a situation? There’s nothing right or nothing wrong with the answers that you are giving but we’re showing you the logical consequences of your actions.”

Whether or not your perspective in these issues will shift because the victims are technically inhuman, will be up to you. But do be warned though, Quantic Dream has done an impressive job in inducing empathy for these androids.

I’ve covered three scenes for each of the three characters and already I’m heavily invested. The three characters start with a base personality. Connor is cold, Kara is caring, and Markus is obedient; from there players get to evolve the three into completely different characters depending on player choice. 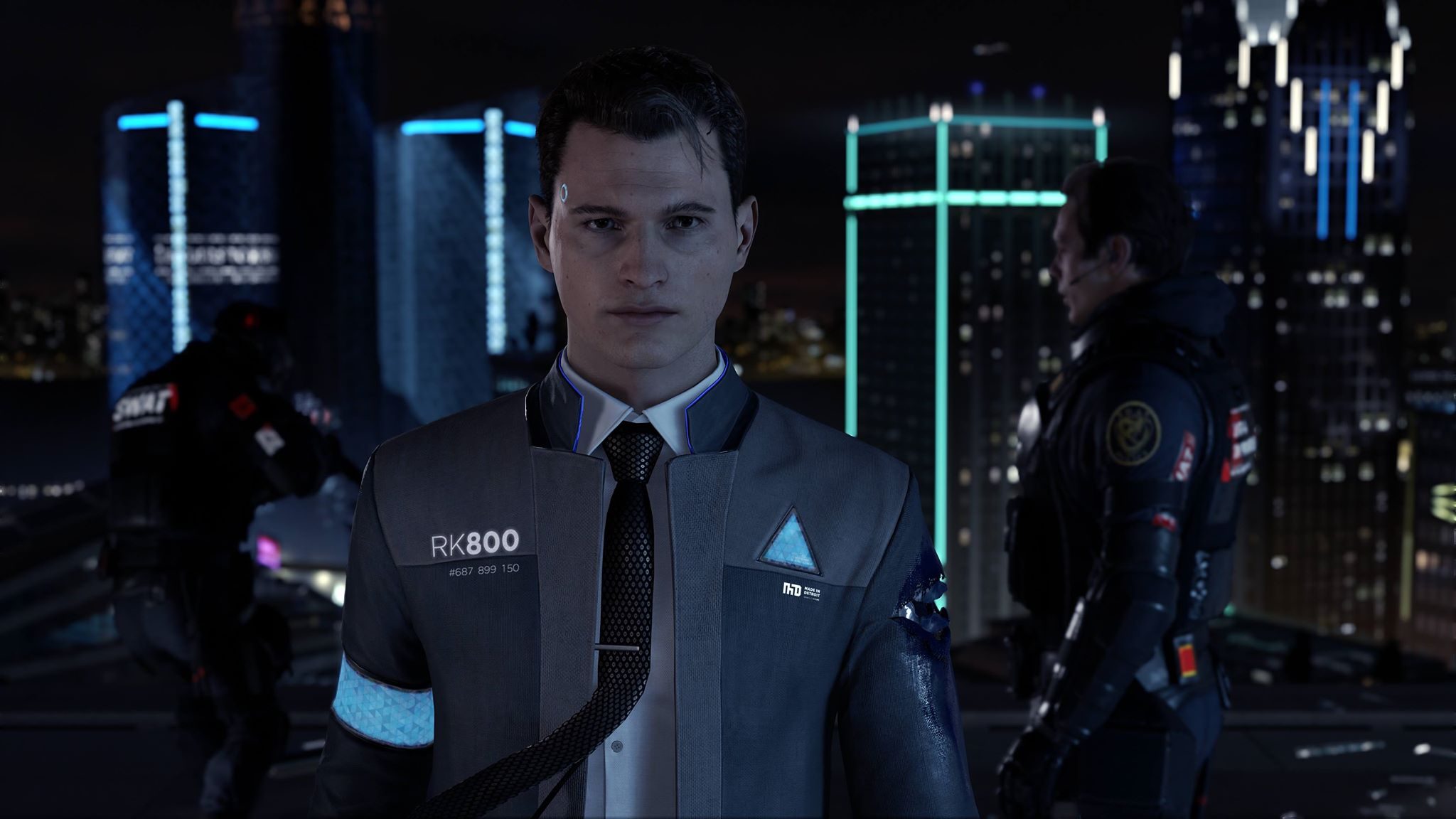 You would think that the experience of controlling and going through the stories of three characters separately would feel jarring. But it makes perfect sense that if anyone could pull it off, it would be Quantic Dream.

After all, this would be the French studio’s fourth game that centers on narrative.(Heavy Rain, Fahrenheit, Beyond Two Souls are the others). “We’re learning with every game to master this grammar of interactive narrative. We’re also trying to push the boundaries of graphics, realism, and animation. Our objective is to make it as fluid as possible,” says de Fondaumière.

And yes, Quantic Dream’s signature of creating games with heavy cinematics is taken up a notch in this game. The motion capture, the animation, the voice acting, the music, and even the way the camera works in the game brings a whole new level of immersion – even when we’re viewing the game in a third person perspective from three different characters.

But it’s not just the cinematic look and feel that will pull you in. It’s also the gameplay. There will be points in the game where we mimic the movements of the characters with the controller, small actions and visuals that we can easily miss that can impact the entire scene, and nerve-wracking dramatic moments that will keep us on our toes.

And what could also potentially drive you mad to play this game over and over again is the fact that you can actually see all the choices you have missed to reach certain endings right at the end of the scene.

With most games that have branching narratives, you don’t get to see the full picture of your actions, but in Detroit: Become Human, every time you finish a moment in the game, you are given a flowchart (see below) with all the possible endings and branches. And what’s frustratingly good about this game is that any and all of the three characters can die, and the game will continue on. With what I’ve seen so far I was right to have high hopes in Detroit: Become Human. True, it may not have taken the form that I initially thought it would when I first saw this in E3 and when I played the demo during Playstation Experience, but it’s seems like it was for the best.

I continue to put this game at the top of my must play list not just because it can quench my thirst for a narrative-focused choice-driven game, but the issues that Quantic Dream dare cover here may lead to a game that has more substance than most big titles today.

If the preview of the game is already this compelling, I can only hope that the rest of the game would be just as moving and additionally, fulfilling.

Detroit: Become Human will be released exclusively for the PS4 on May 25. – Rappler.com