Apr 26, 2018 3:56 PM PHT
Rappler.com
Facebook Twitter Copy URL
Copied
Early reviews position the game as an equivalent of a first-year Hogwarts student's first handmade potion: it's likely to have mixed results, and may even feel weird after your first sip 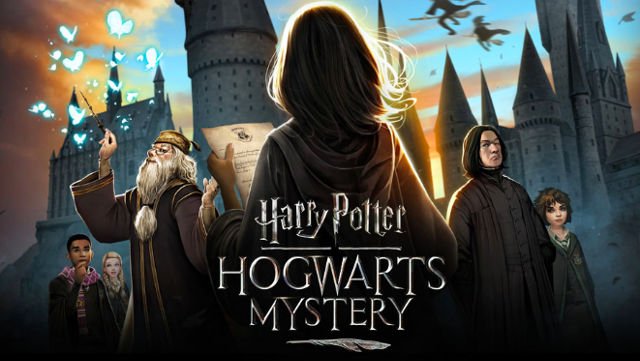 Set 7 years before Harry Potter attends Hogwarts, Jam City and Warner Bros’ Harry Potter: Hogwarts Mystery places you in the shoes of your very own character going to the fabled school of witchcraft and wizardry.

The game, available on iOS and Android, will task you with the daily doings of a wizard or witch in training, from sorting hat ceremonies to learning about potions and defending against dark arts.

Early reviews, however, position the game as an equivalent of a first-year Hogwarts student’s first handmade potion – it’s likely to have mixed results, and may even feel weird after your first sip of microtransaction magic.

Inverse said the game throws you into an easter egg-filled world where you can see familiar characters before their circumstances in the books.

“Instead, your player character will go to school alongside characters like Bill Weasley and Nymphadora Tonks, learning about magic and a new mystery that has no connection with Voldemort (at least for now),” writes James Grebey.

“There are tons of Easter eggs, including cameos by Hagrid’s dog when it was a puppy and Peeves, the castle’s poltergeist who never appeared in the films.”

Polygon, meanwhile cites good writing and the acting talents of the original actors as helping bring forth the stature of the characters and bringing to life the world of Harry Potter.

To wit, reviewer Julia Alexander felt engrossed with the world-building set within the game, saying, “It’s the perfect game for someone like me who finds the most interesting parts of Harry Potter are the relationships and the drama that builds.”

That said, some Potterheads may find themselves scratching their heads at the storyline as well.

The Next Web’s Rachel Kaser noted some inconsistencies in the writing relative to the overall timeline of Harry Potter, as it relates to your character’s brother dropping out of Hogwarts for an unspecified offense.

“At the time this game takes place,” she wrote, “Harry Potter is about 4 years old, and the wizarding world is only 3 years past a gruesome war in which several people willingly worked with a maniacal magical dictator.”

“That means at least some of my character’s classmates would have been Death Eaters’ children, and yet the game would have me believe everyone’s suspicious of and picking on me (up to and including the teachers) because my older brother washed out of school. It’s like a bad HP fanfiction,” Kaser finished.

Pocket Gamer cited the energy meter for actions as a big hindrance to enjoying the game.

Emily Sowden explained, “You get about ten minutes of guilt-free playing before you’re locked in with a tangle of Devil’s Snare. You need five stars to pass, you’ve got eight hours to do it in, but the first two moves wipe out your entire 24-energy bar. “

The game tasks players with completing such school activities, but with a limited energy bar to complete them in. While you could wait for your energy to replenish by not playing the game, players can also opt to pay real money for gems that they can use to magically replenish their energy meter.

Collider and The Next Web, in their reviews, both say these acts of paying real money to replenish energy and continue playing are what suck the magic or fun out of the game.

Collider’s Dave Trumbore said of the system: “Imagine going to see your favorite Harry Potter movie in the theater and finding out that the screening was free! That’d be great. But then, when you get to that first climactic moment where Harry, Ron, and Hermione find themselves in a bit of trouble, the projection stops dead until everyone in the theater ponies up some cash….”

“Or, since this theater isn’t a money-grubber by any means, no of course not, you and your friends can just sit for 15 minutes while the cooldown timer resets and allows the movie to continue playing on. Doesn’t that sound like fun?” Trumbore finished.

Whether or not Harry Potter: Hogwarts Mystery will appeal to you will likely depend your tolerance for microtransactions. If you’re willing to throw a bit of money at the problem, you may be able to make some magical memories in the game. – Rappler.com