The World Health Organization is to include “gaming disorder,” the inability to stop gaming, into the International Classification of Diseases. By doing so, the WHO is recognizing the serious and growing problem of digital addiction. The problem has also been acknowledged by Google, which recently announced that it will begin focusing on “Digital Well-being.”

Although there is a growing recognition of the problem, users are still not aware of exactly how digital technology is designed to facilitate addiction. We’re part of a research team that focuses on digital addiction and here are some of the techniques and mechanisms that digital media use to keep you hooked.

Digital technologies, such as social networks, online shopping, and games, use a set of persuasive and motivational techniques to keep users returning. These include “scarcity” (a snap or status is only temporarily available, encouraging you to get online quickly); “social proof” (20,000 users retweeted an article so you should go online and read it); “personalization” (your news feed is designed to filter and display news based on your interest); and “reciprocity” (invite more friends to get extra points, and once your friends are part of the network it becomes much more difficult for you or them to leave). 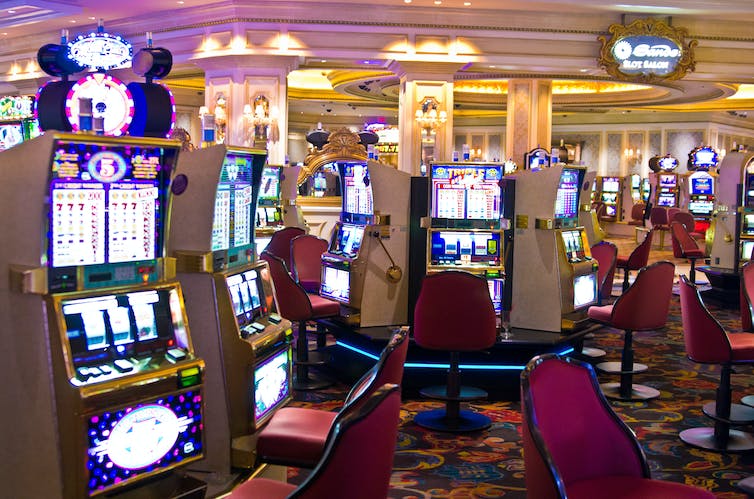 Technology is designed to utilize the basic human need to feel a sense of belonging and connection with others. So, a fear of missing out, commonly known as FoMO, is at the heart of many features of social media design.

Groups and forums in social media promote active participation. Notifications and “presence features” keep people notified of each others’ availability and activities in real-time so that some start to become compulsive checkers. This includes “two ticks” on instant messaging tools, such as Whatsapp. Users can see whether their message has been delivered and read. This creates pressure on each person to respond quickly to the other.

The concepts of reward and infotainment, material which is both entertaining and informative, are also crucial for “addictive” designs. In social networks, it is said that “no news is not good news.” So, their design strives always to provide content and prevent disappointment. The seconds of anticipation for the “pull to refresh” mechanism on smartphone apps, such as Twitter, is similar to pulling the lever of a slot machine and waiting for the win.

Most of the features mentioned above have roots in our non-tech world. Social networking sites have not created any new or fundamentally different styles of interaction between humans. Instead they have vastly amplified the speed and ease with which these interactions can occur, taking them to a higher speed, and scale.

People using digital media do exhibit symptoms of behavioral addiction. These include salience, conflict, and mood modification when they check their online profiles regularly. Often people feel the need to engage with digital devices even if it is inappropriate or dangerous for them to do so. If disconnected or unable to interact as desired, they become preoccupied with missing opportunities to engage with their online social networks.

According to the UK’s communications regulator Ofcom, 15m UK internet users (around 34% of all internet users) have tried a “digital detox.” After being offline, 33% of participants reported feeling an increase in productivity, 27% felt a sense of liberation, and 25% enjoyed life more. But the report also highlighted that 16% of participants experienced the fear of missing out, 15% felt lost and 14% “cut-off.” These figures suggest that people want to spend less time online, but they may need help to do so.

At the moment, tools that enable people to be in control of their online experience, presence and online interaction remain very primitive. There seem to be unwritten expectations for users to adhere to social norms of cyberspace once they accept participation.

But unlike other mediums for addiction, such as alcohol, technology can play a role in making its usage more informed and conscious. It is possible to detect whether someone is using a phone or social network in an anxious, uncontrolled manner. Similar to online gambling, users should have available help if they wish. This could be a self-exclusion and lock-out scheme. Users can allow software to alert them when their usage pattern indicates risk.

The borderline between software which is legitimately immersive and software which can be seen as “exploitation-ware” remains an open question. Transparency of digital persuasion design and education about critical digital literacy could be potential solutions . – The Conversation | Rappler.com