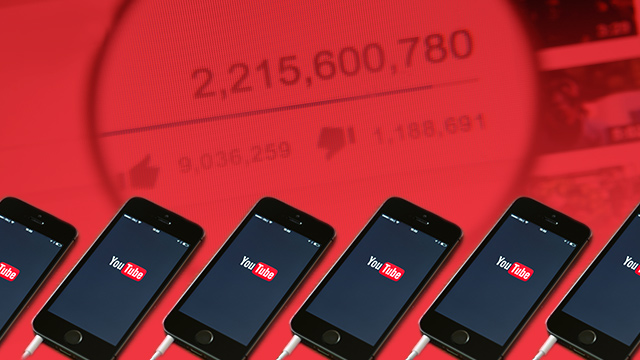 MANILA, Philippines – The New York Times earlier this month reported on how the market for fake YouTube views continues to flourish. Suppliers of fake views, usually generated with bots or other automated non-human implements, continue to earn significant amounts of money while clients continue to buy, some believing that the views are coming from authentic sources.

YouTube, as with most tech companies facing external manipulation, is in an arms race. They make changes to the platform, but the infecting organisms manage to mutate and adapt. It’s not so dissimilar from anti-virus companies constantly adapting to, well, viruses.

YouTube’s parent company, Alphabet Inc., is not a stranger to platform manipulation, having dealt and possibly continuing to deal with “black hat” search engine optimization practices, which increase a page’s search ranking on Google by illicit means.

In YouTube’s case, the views are being inflated for a customer, because views are supposed to indicate value to users and ranking systems such as the Billboard Hot 100 music charts, and to YouTube’s algorithm as well. The more views a video has, the more chance it has of being promoted by YouTube to users; a snowball effect, in essence.

But the inauthentic views cheapen the YouTube metric, like the circulation of fake money in a country. Views will carry less weight with the knowledge that a certain portion of it is fake or has been bought. Twitter and Facebook also face a similar problem with fake account and followers, and posts and interactions made by these.

From The New York Times report, here are a few critical numbers to know about the shady business of view-buying:

$1.2 million – The amount of money that one such company, Devumi.com, has earned over 3 years, selling about 196 million views.

$5,000 – The amount that one book author, one Dr. Judith Oppenheimer, paid for YouTube views. The video promoting her book garnered 58,000 views, but she was under the impression that the supplying company was providing real views coming from real humans. There was no increase in sales, said Oppenheimer, and that’s because the views were from bots.

Oppenheimer is among the clients interviewed by The New York Times, who thought they were paying for legitimate views, which never translated to better sales.

Less than 1% – According to YouTube, the percentage of fake views on their platform. This potentially still equates to tens of millions of fake views, given that YouTube collects billions of views daily.

18 months – The amount of time it took one Martin Vassilev, a fake view supplier based in Ottawa, Canada, to go from living in his dad’s house and living on welfare to buying a BMW and a house – by selling YouTube views. In late 2014, he was fulfilling 150 to 200 orders a day, resulting in earnings of $30,000 a month.

$1 – The price of 1,000 views from a wholesale supplier of fake views. Vassilev buys his views at this rate, and resells the same amount of views for $13.99 to clients, with 100 free “likes” thrown in.

$109,000 – The amount of money that another seller, Carlton E. Bynum II, spent for Google ads promoting his fake views services in one year. Ads for the services still continue to run on Google, which is owned by the same company that owns YouTube. Bynum earned $191,000 in the same year, reaping the fruits of his promotional efforts.

Some phrases like “buy YouTube views” are banned by Google, but purveyors manage to always find a workaround.

Hancock Press reportedly asked for thousands of dollars from the authors for online promotions, which included YouTube views, but the authors didn’t see an increase in sales either.

$134.99 – The price of 25,000 views from one company, 500views.com. Views are delivered within days or weeks, but the bigger the order, the longer it takes to deliver the views.