Use of ‘cyber troops’ found in 48 countries, up from 28 last year – report 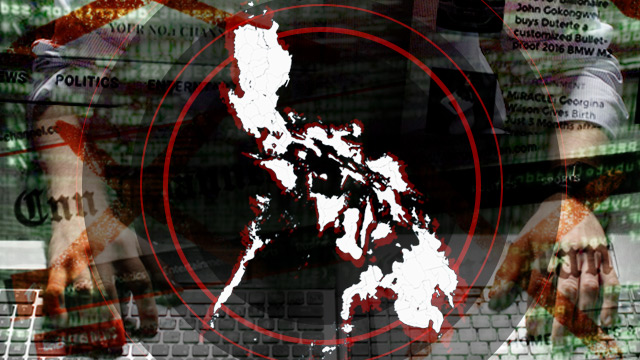 Governments and political parties around the globe have taken advantage of social media to erode trust in institutions that work on facts, such as the media, scientific communities, and a range of other public groups.

Following the recent US Senate and House Hearings of Facebook Chief Operating Officer Sheryl Sandberg and Twitter CEO Jack Dorsey, it became evident that there was a lot at stake when it came to organized groups using social media to manipulate the thoughts and feelings of other people. (READ: Facebook’s Sheryl Sandberg and Twitter’s Jack Dorsey testify before U.S. Congress)

The University of Oxford, in a 25-page report from July titled, “Challenging Truth and Trust: A Global Inventory of Organized Social Media Manipulation,” aimed to inform people about the further spread of misinformation and manipulation campaigns.

To do this, authors Samantha Bradshaw and Philip N. Howard gave quantitative information on how social media manipulation has grown.

The number of countries in which the report found “evidence of formally organized social media manipulation campaigns” has gone up from 28 countries in its 2017 report to 48 countries in 2018.

What do PH cyber troops do?

The Philippines has been in the report since 2016.

The 2017 report saw indications that private contractors – with Nic Gabunada identified – engage in these operations. The Partido Demokratiko Pilipino‐Lakas ng Bayan (PDP-Laban) was also identified as a political party that has made use of cyber troops.

In 2018’s report, the following were listed as the number of organizations using social media infuence operations:

The report also said cyber troops in the Philippines used both human and automated accounts to send out certain types of messages. These include pro-government messages, messages against the opposition, and trolling or harassment.

As such, Pinoy cyber troops make their own content. These would include fake videos, blogs, memes, pictures, or news websites.

According to the report, the strategies employed “involve more than simply posting forum comments or replying to genuine user posts, but instead are important sources of junk news, and conspiratorial or polarizing information that can be used to support a broader manipulation campaign.”

The report also noted the trend that organizations around the world were spending money on cyber troop movements – with the sizes of the cyber army created through spending differing depending on the country.

Some might be temporary, made to affect an incoming election for example. Others might be more permanent or long-term, and may be staffed by a larger contingent of people.

Based on the report, the Philippines has a “medium” cyber troop capacity.

This means the troops “have a much more consistent form and strategy, involving full-time staff members who are employed year-round to control the information space. These medium-capacity teams often coordinate with multiple actor types, and experiment with a wide variety of tools and strategies for social media manipulation.”

The report also quantifies this, saying Philippine cyber troops are around 400-500 strong, having multiple contracts valued at over $200,000. They also appear to now be a permanent fixture in the social media space.

Manipulation operations have an impact

The report makes it clear – the practices of democracy are violated by the strategies and techniques employed by cyber troop operations, and they actually do work, to democracy’s detriment.

“To start to address these challenges,” the report concludes, “we need to develop stronger rules and norms for the use of social media, big data and new information technologies during elections.”

These have to be done as soon as possible so that such activities are curbed rather than tolerated as an unfortunate side effect of having social media to begin with. – Rappler.com

Download a copy of the report and related appendices here.