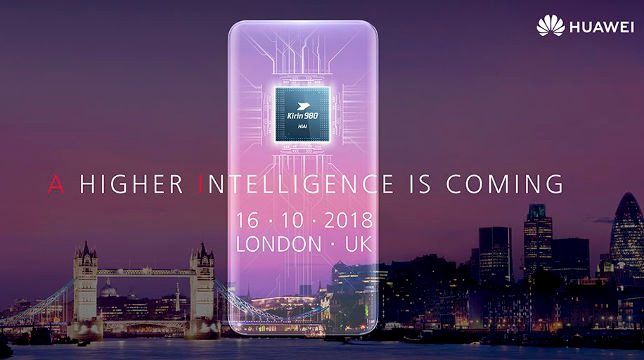 MANILA, Philippines – In the second quarter of this year, Huawei pulled ahead of Apple and came second to Samsung in global smartphone shipments, according to figures from the International Data Corporation (IDC).

Considering that the Shenzhen-based firm is locked out of the US market, it’s steady growth over the past few years is remarkable.

The firm’s recent success is attributed to strong sales of its smartphone products. Huawei earlier this month announced that it has sold over 10 million P20 and P20 Pro units since its launch last March. The firm is hoping to find the same success when it launches its new flagship, the Mate 20, on October 16.

Huawei first teased its upcoming handset by poking fun at Apple immediately after it wrapped its iPhone launch event.

In a tweet, Huawei thanked Apple for “keeping things the same”, referring to the newly-launched trio of iPhones which are essentially upgraded iterations of the iPhone X.

Thank you for keeping things the same. See you in London. 16.10.18 #HigherIntelligence #HUAWEIMate20 pic.twitter.com/ZhZHj9Xg3s

It pulled a similar stunt after Samsung launched the Galaxy Note 9 last August, tweeting a photo of the P10 beside the P20 with the words “this is called a real generation upgrade.”

There’s no question that Huawei is very confident in what they will reveal in October and expectations cannot be higher. Given Huawei’s recent track record and performance, it’s highly likely that they will deliver.

Here’s a little of what prospective buyers should expect from the Mate 20 and Mate 20 Pro launch:

The Huawei Mate 20 will reportedly flaunt a brand new design. XDA-Developers provides the best look at the Mate 20 yet, recreating the device based on real-life photos of an engineering sample they were able to obtain from a trusted source.

The renders show that the device will be following the 2018 trend of incorporating a notch in its design. This time around, however, the so-called “teardrop” notch is significantly smaller in size, similar to the Oppo F9. The notch sits atop a 6.3-inch AMOLED screen with a 2244×1080 resolution. It also has a volume rocker button and a power button on the right side of the device.

The Mate 20 Pro, meanwhile, will have a much larger notch-less dual edge curved screen, as seen from a leaked image shared by GizmoChina. It has extremely slim side bezels and appears to have a high screen to body ratio. On top of this, there is no visible front-facing shooter which could hint that it will house a pop-up camera. The tipster who shared the photo also revealed that the device will have an under display fingerprint sensor.

While the renders do not provide a full view of the device’s rear, XDA-Developers claim that it will be made of glass and feature wireless charging. Similar to the P20, the Mate 20 will come with 3 rear cameras. The Mate 20, however, has its cameras and flash in a square module.

The Mate 20 Pro, on the other hand, will come equipped with the same triple camera setup with a 48-megapixel primary sensor. Exact details and specs have not been revealed but the Mate 20 Pro is expected to have higher resolution shooters.

Uncovered firmware files have revealed that under the hood the Mate 20 will house a HiSilicon Kirin 980 chip, 6GB of RAM, 128GB of internal storage, and a 4,200 mAh battery.

The P20 Pro will similarly ship with a Kirin 980 chip but will have 8GB of RAM.

The Mate 20 Pro will allegedly sell for 5,000 Yuan or roughly P39,413, according to the GizmoChina tipster.

There are no details available yet regarding the price of the Huawei Mate 20.

All the information from the various leaks and rumors will officially be debunked or confirmed when Huawei unveils the Mate 20 series in a launch event to be held in London on October 16, 2018. – Rappler.com