MANILA, Philippines – With 2019 right around the corner, we look back at some of of the most impressive innovations and interesting developments in gadgets outside of smartphones this past year.

Smartphones may very well be the biggest stars of the gadget scene, a convergence of multiple technologies in a form that fits right in our hands. Safe to say, they’ve had enough attention, so in this feature, we turn the spotlight on gadget innovations excluding them; from high-end cameras to rollable TVs, we’ve compiled 10 of the biggest gadget headlines and innovations of 2018.

A TV that rolls up

The past few years saw LG showcase a number of interesting concept TVs at the Consumer Electronics Show (CES). But they took things to a whole new level last CES when they unveiled the world’s first rollable 65-inch OLED TV. With a push of a button, the TV rolls itself up like a poster inside a rectangular-shaped box which houses the power supply, inputs, and speakers.

While still a prototype, we don’t think it will be too long before we see the concept in the market. LG boasted record profits in the first quarter of 2018 led by the high sales of OLED TVs. They would surely want to achieve the same success in the coming years, and we think they can do that with a TV like this in their product line.

The state of solid state

Storage drives got a whole lot larger in 2018. Samsung in February set the record for the world’s largest solid-state drives (SSD) with the PM1643 that crams 30TB into a 2.5-inch drive.

It would not hold this record for very long as just a month later Nimbus Data, a computer data storage company, beat out Samsung with their own ExaDrive DC100 that comes in at a whopping 100TB. That amount of space could store about 20,000 HD movies, according to the company.

But, don’t expect your computers and laptops to come with these types of SSDs anytime soon. As is often the case, these drives are currently targeted at enterprise customers rather than mass consumers.

Miniature retro game consoles seem to have really taken off this past year. Nintendo was first in the game when it launched the NES Classic in 2016. Due to overwhelming demand and limited availability, it didn’t take long for the console to completely sell out.

This forced Nintendo to re-release the NES Classic in 2018 for those who were not able to buy it the first time. SEGA, meanwhile, entered the fray with the announcement of the Mega Drive Mini in April. Months later, Sony followed suit with the reveal of the Playstation Classic. Although the popularity of retro gaming will not die, we don’t expect to see a lot more of these miniature consoles released down the line. Nintendo America president, Reggie Fils-Aime recently said that they won’t be producing more stocks for the NES or SNES classic. The Playstation Classic was also met with a lukewarm response. Given all this, we think that these companies will lessen its push for miniature consoles and find new ways to let players play classic titles.

IBM in 2018 unveiled the so-called world’s smallest computer. How small you might ask? Smaller than a grain of salt, according to IBM.

The microscopic computer packs “several hundred thousand transistors” and has the computing power of the x86 chip from 1990. It can also perform basic tasks like sort out data. Sure, it’s lightyears away from what modern computers are capable of but it’s impressive for something this tiny.

IBM intends to use the computer in blockchain technology to track the shipment of goods. Blockchain is the same technology used in Bitcoin transactions.

In June, a team of researchers at the University of Michigan created an even smaller one, measuring just 0.3 mm at all sides, making a grain of rice look like a giant boulder beside it. The researchers even argue that they have a more legitimate claim as their Michigan Micro Mote “retained its programming even when it wasn’t externally powered,” reports Popular Mechanics.

Facebook’s Portal and Portal Plus cause a ruckus

Facebook has had a rough year but it didn’t stop them from venturing out into the hardware business. In October, they announced the Portal and the larger Portal Plus, a pair of smart displays with camera that can track your movement around a room.

Still in the middle of data privacy scandals, some criticize the company for being tone-deaf, although developers responded swiftly saying that the risk of hacking is lower than with a smartphone or computer, because they keep the processes on the actual device rather than in the cloud. Addressing the same concerns, the team behind the devices also added that they have included a button to turn off the mic and camera. Looking past those privacy issues for a minute, the device has some interesting new tricks for video chatting. It’s designed to make video chats, as Facebook put it, feel more natural. The device’s camera is said to be capable of finding people in a room and keep them in frame throughout a chat. It can zoom in and focus on a person’s face if you are alone.

Meanwhile, it can adjust to a wide angle lens if you are with multiple people. This saves you from holding up your phone for too long or adjusting yourself in the frame of your webcam during chats.

A partnership between the NBA and augmented reality (AR) startup, Magic Leap could sometime soon change the way you watch live basketball broadcasts.

NBA Commissioner, Adam Silver said he wanted the broadcasts to be more interactive and to include live stats and social media commentary on the side. And Magic Leap looks to turn Silver’s vision into reality through their new AR headset. The headset will allow people to watch NBA content with multiple overlaid screens that will contain stats and social media updates. Eventually, the hope is to be able to fully push the capabilities of AR and have you watch games play out in 3D on your coffee table, for instance.

Back in 2016, Matrix Industries, a company that designs thermoelectric products, found a clever way to solve the battery problem that plagued smartwatches when they introduced the PowerWatch – a smartwatch that runs on body heat. While it lives up to those claims, The Verge pointed out that the device has limited features.

Two years later, the Powerwatch has received a much-needed upgrade and is now called the Powerwatch X. It adds smartphone notification support via Bluetooth, an essential feature in a modern smartwatch.

Hasselblad earlier in the year pulled the curtains back on their latest high-end 400-megapixel multishot camera: the H6D-400c.

You might be wondering how the camera takes a whopping 400-megapixel photo. It basically snaps 6 100-megapixel photos in quick succession where it shifts a pixel in each image before they’re ultimately combined together. The result is a 16-bit, 23200 x 17400 pixel file that is 2.7GB in size. Given how the sensor works, subjects must be very still. Check it out:

According to Engadget, these types of cameras are more suited for digital archivists who require a immense detail in the photos they take of art and other specimens. But who knows? Maybe one day this kind of imaging power can be put in consumer form as well.

Qualcomm, best known for its Snapdragon smartphone chips, has recently branched out to PC chips. The company in December unveiled the world’s first 7-nanometer chip for PCs called the Snapdragon 8cx. 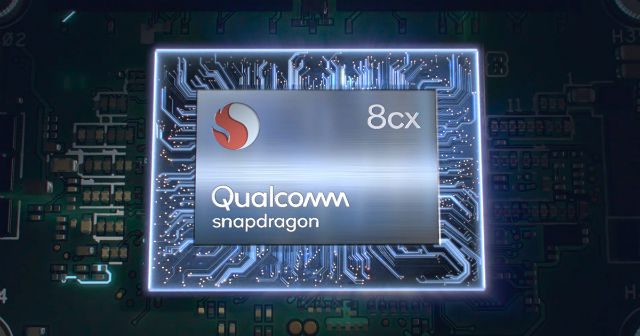 In the announcement, Qualcomm took aim at Intel who they claim favors performance over battery life. The 8cx promises to balance the two. For battery, Qualcomm said that it can last up to 25 hours of continuous use. In terms of performance, they said the 7-watt fanless 8cx rivals the 15-watt Intel U-series chip with a fan.

It remains to be seen how the company’s claims stack up when it debuts in laptops in the second half of 2019.

As prices for Bitcoin and other digital currencies fell, so did the prices for graphics cards which are used to mine them. For instance, the price for the NVIDIA GTX 1080 is now half of what it once was during the digital currency boom, as reported by The Telegraph.

Normally used to render video games, powerful graphics cards or graphics processing units (GPU) were in high demand these past few years because they can perform mathematically-intensive tasks and process digital transactions faster than central processing units (CPU). We can assume that most of the demand for GPUs in the next year or so will shift back towards gaming. – Rappler.com