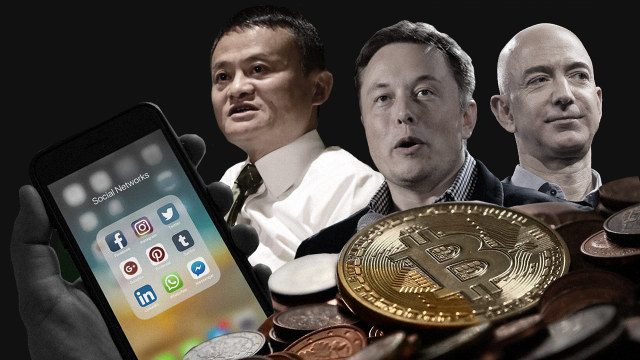 MANILA, Philippines – It has been a crazy year in tech highlighted by milestone accomplishments, controversial scandals, and political tension.

While the standout headline for many will likely be Cambridge Analytica and Facebook, there were a number of stories that managed to capture the world’s attention.

A rough year for information platforms

Information platforms – namely Facebook, Google, and Twitter – all had a rough year when it was revealed that they were weaponized to spread propaganda and fake news – a problem that put them in the hot seat with US lawmakers.

Facebook COO Sheryl Sandberg admitted in a Capitol Hill hearing that they were “too slow to act” on the so-called Russian interference. Twitter co-founder and CEO Jack Dorsey echoed the same sentiments and said they were “unprepared” and “ill-equipped” for all the problems that came their way.

Both platforms have since made efforts to police disinformation and abuse by employing fact checking bodies, deleting fake accounts, and rethinking their policies under the threat of regulation from lawmakers.

Google, meanwhile, drew scrutiny for not attending the same hearing in September.

The search engine giant also dealt with a number of scandals. Most notable of these is how the company was hit with a record fine of 4.3 billion euros by the EU for forcing Android users to use its own search engine.

Unlike other tech giants in 2018, Amazon was mostly unfazed by the controversies that it was forced to grapple with in what for the company was a milestone year. It’s all thanks to the leadership of CEO Jeff Bezos.

The alleged low labor wages in Amazon seemed like a massive scandal waiting to happen. With numerous long-standing critics on the heels of the online retail giant, Bezos in October bumped up the minimum wage for its US workers to $15 an hour. The move not only silenced critics but turned some of them in favor of the company.

Amazon had a lot to give. Just a month prior of the pay raise announcement, the company’s market value briefly hit $1 trillion – a feat only achieved by one other US company before – Apple. This record-breaking growth propelled Jeff Bezos to become the richest man in modern history with a net worth of more than $150 billion.

Next year will be a big year for 5G, the next step in wireless mobile networks that tout significant improvements in download and browsing speeds. Some countries like the US, China, Japan, and South Korea have already showcased what the technology is capable of ahead of plans for nationwide deployment as early as 2019. South Korea, for instance, used 5G-ready deterrence devices to ward off wild boars from where the Winter Olympic Games were held.

The Philippines is not far behind these countries in terms of its local timeline for rollout. Globe in mid-2018 announced that their first commercial 5G service will be available in the second quarter of 2019. It will be deployed in their fixed broadband service called Globe At Home. Smart and PLDT, meanwhile, said in November they already have the first 5G cell sites up and running in the Makati business district and Clark Freeport Zone in Pampanga.

These are large strides towards eventually making the technology available to the entire country. But similar to 4G before it, 5G will not be widely adopted in its initial rollout. It might take some time to get the equipment to work right and lower the its cost.

After it was initially hinted in various interviews, Chinese e-commerce giant Alibaba confirmed last September its founder, Jack Ma, will retire next year. He will be replaced by Daniel Zhang as the company’s new CEO.

While it was not specifically stated what he plans to do in his retirement, Ma said he wants to devote his time to philanthropy focused on education. “As for myself, I still have lots of dreams to pursue. Those who know me know that I do not like to sit idle,” he said.

Humans were not the only ones who retired in 2018 as Honda announced it would end production for its humanoid robot, Asimo.

Advanced Step in Innovative Mobility or Asimo, for short, was reportedly in development as early as the 80s and eventually unveiled in 2000. It had the ability to walk on two legs, interpret voice commands, and even shake a person’s hand, among a number of other things. But, Asimo will be best remembered for playing football with then-president Barack Obama.

SpaceX and Tesla CEO Elon Musk – in a series of Tweets – called Vernon Unsworth, a British diver who helped free a group of Thai boys trapped in a cave, a “pedo guy” and a “child rapist.” And at that time, Musk sounded serious about his allegations despite not having much proof. Unsworth later filed a defamation suit against Musk after he challenged him to do so.

That was just the tip of the iceberg for Musk’s Twitter antics.

In October, he tweeted he had secured the funding to privatize Tesla. Musk was later charged with securities fraud by the US Securities and Exchange Commission (SEC) for the harm he may have caused investors. The two parties would eventually reach a settlement that forced Musk to step down as Tesla’s CEO and pay a $20 million fine. Musk, however, seemed far from finished with the SEC. “I want to be clear. I do not respect the SEC – I do not respect them,” he said in a recent TV interview.

The world is definitely no stranger to famous personalities who express their thoughts and more often than not, their grievances on social media, specifically, Twitter. No one quite expected it from renowned tech billionaire Elon Musk though.

Disclosed at the start of 2018, Meltdown and Spectre are variations of a security flaw found in virtually all computer chips. This means everyone who uses a computer is at risk of attack.

Meltdown or Spectre attacks exploit processes that speed up computer chips and often involve a malicious program gaining access to private data. Even with manufacturers reportedly rushing out with software patches, those still need to be installed.

Security experts in January said that their discoveries back then was just the tip of the iceberg. As is often the case with vulnerabilities and security flaws, a new exploit is just on the horizon. This is why chipmakers advise all computer users to protect themselves immediately by installing their patches.

Huawei regarded as security threat by the US

Huawei has had a tremendous year when it comes to the quality of the products it has put out. The telecom giant, however, has come under fire from the US all throughout 2018 for alleged violations of Iran and North Korea sanctions. While Huawei denied the allegations, the company’s suspected ties to the Chinese government has made it a security threat in the eyes of the US.

This is why the US government has banned the sale of Huawei telecom equipment and products in the country and urged its allies to do the same. Countries including Japan, Australia, and the United Kingdom obliged and have since made similar bans

Tensions became even more heated when Huawei’s own chief financial officer became a collateral of the trade war between the US and China when she was arrested in Canada for fraud charges related to trade sanction violations in Iran.

Concerns of espionage and security will surely be brought up again next year with Huawei as key telecom equipment provider in the race for 5G.

The rise and fall of Bitcoin

Early last year, Bitcoin was a great interest to the public. And for good reason, it was one of the most highly valued and traded forms of cryptocurrency. It reportedly reached its highest value in December 2017 at the $20,000 mark but would later drop below $10,000 in January 2018.

The dive was dubbed as “cryptocalypse” by one analyst. Despite this, Bitcoin was still continually mined and widely traded enough to eventually stabilize at the $7,500 mark in February. Fast forward to November, the value of Bitcoin has slipped back to what it once was in October of 2017 at $5000.

It’s a dramatic decline that many would claim they saw coming. That said, the reason behind the decline may not be entirely clear. – Rappler.com