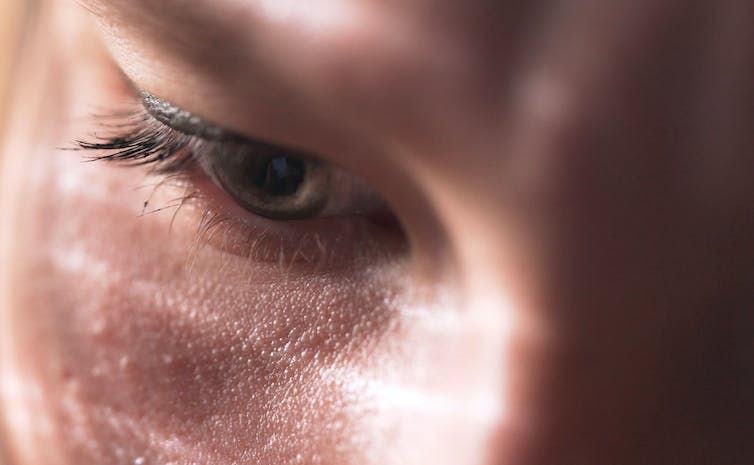 Parents who fear their kids are spending too much time in front of screens now have more reason for concern.

When studies find links between screen time and negative outcomes, some have argued that this is just the latest moral panic over technology.

After all, didn’t the parents of baby boomers and Gen Xers worry that their kids were watching too much TV or talking on the phone too much? Those kids turned out OK, right?

So how are portable electronic devices, the chosen technology of today’s kids and teens – a generation I call “iGen” – any different?

New research I’ve conducted on the relationship between portable device use and sleep provides some answers.

Everywhere, all the time

It almost goes without saying that today’s portable devices – including smartphones and tablets – are fundamentally different than the living room television sets and rotary phones of the past.

This large amount of time spent using digital media is enough to crowd out time once spent on other activities, such as interacting with friends face to face, reading or going out.

And unlike the telephone, digital media apps are designed to hook you. As former Silicon Valley executive Tristan Harris said of smartphone apps, “Your telephone in the 1970s didn’t have a thousand engineers … updating the way your telephone worked every day to be more and more persuasive.”

Second, unlike TV or landline phones, portable devices can be carried everywhere: to school, where teachers say they are a near-constant distraction, and into social situations, where a conversation can instantly be upended by reaching for a buzzing phone. (There’s even a word for this: phubbing, a portmanteau of “phone” and “snubbing.”)

Sure enough, people have reported enjoying a restaurant dinner with friends less when their phones were available, compared to when they weren’t.

Across many studies, kids and teens who spend more time with screens – including both TV and portable devices – also sleep less.

That could be because they spend so much time engaged with their devices that it’s coming at the expense of sleep. But there’s also a physiological reason: The blue light emitted by electronic screens tricks our brains into thinking it’s still daytime, and then we don’t produce enough of the sleep hormone melatonin to fall asleep quickly and get high-quality sleep.

Once again, some might argue that TV is just as bad: After all, it also takes up time and emits blue light.

Drawing from a large survey of parents administered by the U.S. Census Bureau, we found that two- to 10-year-olds who spent four or more hours a day on portable electronic devices – versus no time – were twice as likely to be significantly sleep deprived. TV time was also connected to less sleep, but not as strongly or consistently.

Among teens ages 14 to 17, those who spent four or more hours a day on portable electronic devices – versus no time – were 44% more likely to not sleep enough. However, once portable device time was statistically controlled, watching TV, or playing video games on a console had little link to sleep time.

Why would portable devices be more strongly associated with losing sleep?

For one thing, TV is simply not as psychologically stimulating as a portable device like a smartphone, which, unlike a TV, doesn’t exist to simply consume media. Smartphones have also become a huge part of social life, whether it’s texting with friends or interacting with them on social media.

And unlike TV, smartphones and tablets can be silently carried into the bedroom or even the bed, resulting in some teens using them throughout the night – what some call “vamping.”

That might explain why sleep deprivation among teens spiked after 2012 – just as smartphone use became common.

The lesser of two evils?

To be clear, we did find that watching many hours of TV was associated with less sleep, especially among elementary-school age children. Watching over 3 hours a day of TV is also associated with depression – though more weakly than portable device use.

So parents were right to worry about kids watching too much TV in the 1970s and 1980s. But their worries might not have been as justified as today’s parents’ concerns about smartphones.

So what is a parent – or anyone who wants to sleep well – to do?

First, it’s best for smartphones and tablets to stay out of the bedroom after “lights-out” time. Nor is it a great idea to use the devices within an hour of bedtime, as their blue light influences the brain’s ability to produce melatonin. Finally, as a general rule, two hours a day or less spent on portable devices is a good guideline. These rules apply to parents, too – not only kids.

Jean Twenge is a Professor of Psychology at San Diego State University.