A passion for virtual reality: VR Philippines and growing the niche Virtual reality (VR) technology tends to be seen as a specialized or niche activity meant for gamers, and while that does happen to be true, the potential for it to grow is certainly there.

With virtual reality and its cousin, augmented reality (AR), making inroads in the Philippine tech scene, I wanted to know more about what promises and problems face the virtual reality scene today. 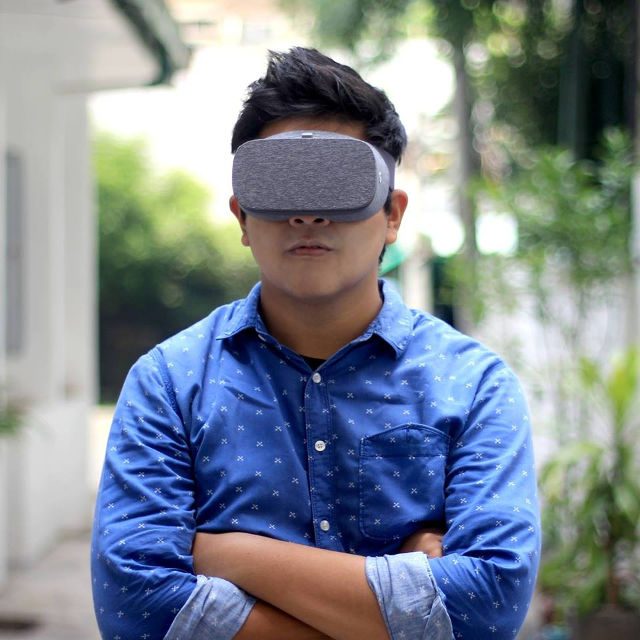 I took some time to discuss the possibilities for VR and AR with Cristopher David, founder and chief technology evangelist at VR Philippines. VR Philippines is a non-profit community promoting the technology within country. Back in January, it hosted a game jam – a game development session for members of the community – as part of a Global Game Jam held in 860 locations around the world.

David told me VR Philippines was initially started “to find more people interested in virtual reality and form a community around enthusiasts and developers.”

He added that as the global community of virtual reality users and the subsequent industry around the technology grew, “we made it our goal to further cultivate a community of developers and content creators working on virtual and augmented reality.” It was the hope that by building the community, it would help put the Philippines at the forefront of VR and AR development.

The future of tech?

David held to the belief virtual and augmented reality tech would be revolutionary.

“This is why companies like Facebook, Google, and Microsoft are investing billions to further develop the ecosystem for virtual and augmented reality,” he added.

David pointed out that making the technology more commonplace would require more people getting used to the idea of the technology and seeing the value of getting ahead of the potential curve should it lean towards VR tech.

David is betting on the likelihood of these technologies being the next big thing, and “having more local young developers and content creators engaging with these technologies early means there is huge potential for the Philippines to lead as a global workforce in this field,” he explained.

“With the great amount of innovators and creative talent in our country, there is a huge potential for the Philippines to be known not as just technology and media consumers but as creators once the VR-AR shift occurs,” he added.

Getting past niche status

That said, becoming mainstream is one of the hurdles virtual and augmented reality technology development has to overcome. (WATCH: Marawi in 360: Inside the War Zone)

He also said the technology hasn’t reached its final form. “In terms of hardware, there’s still a lot of problems that needs solving for it to be a product that people use in a daily basis.” Innovating in the industry is necessary for expanding the reach of the technology and creating a base for a company to take hold of a share of a burgeoning market.

“A lot of the applications of VR, particularly in the Philippines, are focused on enterprise solutions. My company in particular, Veer Immersive Technologies, is pioneering the airline industry with virtual reality solutions for cabin crew training,” David gives as an example of innovation within the sector.

That said, David also wants people to understand that virtual reality (and by extension, augmented reality) technology has its strengths and is pushing towards ubiquity as the experience and tech improves.

“The greatest advantage of immersive technologies, in my opinion, is that they put the user in the center of the experience and makes the technology invisible. You can interact with objects and information like they are in the real world instead of using a mouse and keyboard or a touch screen. You can talk with other people like they are in the same room as you even though they are miles away instead of just looking at them through a screen,” he explained.

Those interested in learning and experiencing VR for themselves will also want to take advantage of an upcoming event that leverages the results of the recently concluded game jam.

On February 23 and 24, there will be a VR technology event called Reality Expo at the SM North Edsa Cyberzone.

For those discovering virtual reality for the first time or developers who may want to learn about the technology for their own projects, the expo may be a good place to learn more about VR and AR and have a good time as well. – Rappler.com