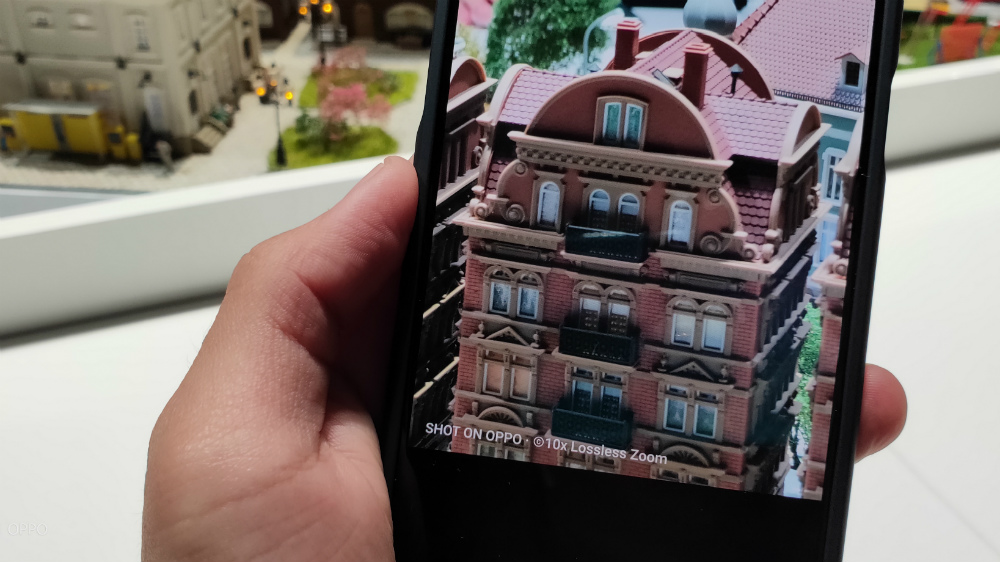 Certainly, it’s going to perk up a few ears, more than, say, megapixel count or a feature like AI-assisted imaging – which may very well be the future of mobile photography but isn’t always readily appreciable yet.

If you’ve dabbled in digital photography, you know why optical zoom matters. It gets you closer to a subject obviously, but it does so physically, with the glass elements of the lens doing what they’re supposed to do. The other zoom, digital zoom, uses a computer to generate and fill in details as it zooms in. Photos using digital zoom tend to be of iffy quality; optical zoom has just been traditionally better, although the gap certainly isn’t as big as before.

OPPO is certainly pushing what we expect of zoom in phones. No flagship in recent memory has reached this optical zoom range. Late 2018’s Huawei Mate 20 Pro has 3x optical zoom while the iPhone Xs has 2x. The few-days-old Samsung Galaxy S10 Plus has 2x optical zoom. 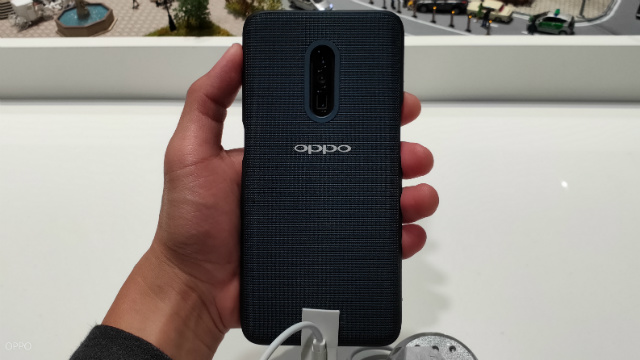 The focal lengths vary between those models and OPPO’s, but OPPO’s going from 16 millimeter to 160 millimeters appears to be a valid feat. OPPO mentioned engineering space-saving designs and the downsizing of modules at its launch event, meaning it had to cook up at least a handful of tricks to make the camera system fit in a modern smartphone body.

Does it work? It does. OPPO had us use a reference phone to take shots of a miniature model of a city, and it felt like we were using a telescope to survey the cityscape. It was great to zoom in on buildings and see the detail and texture on the walls or see what the tiny people were up to that day. The quality, zoomed in, was good, as if you physically came closer to a subject.

The motion wasn’t very smooth however while you moved the camera when using the 160-millimeter lens. It was stuttery at times as if the framerate dropped to 10 frames per second. Certainly something to fix. This is a demo unit though, to be clear, with the reference phone being a 2017 midranger, the OPPO R11S.

A clarification: the device isn’t a true zoom lens much like all phones today. It’s made of 3 prime lenses combined into one system. For those who aren’t into photography, prime lenses are lenses that don’t zoom; they are of a fixed focal length. OPPO’s is like that. It has one 16-millimeter lens for ultra-wide shots, a standard lens whose focal length is undisclosed, and then the telephoto 160-millimeter lens. 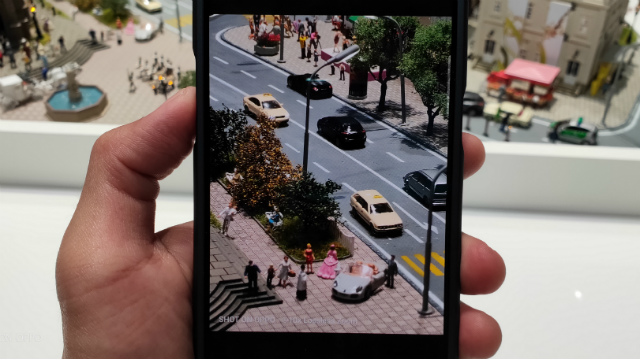 Moving from one fixed lens to another, say, from the ultra-wide to the standard or standard to telephoto, it’s a digital zoom. Hit the right amount of zoom, and the phone switches to one of the 3 lenses. The other phones mentioned from Huawei, Apple, and Samsung also have pretty much the same idea when it comes to their own camera systems, so it isn’t really an issue, but just something that has to be clarified.

Regardless, from an engineering standpoint, it’s great to see this kind of zoom range in a phone, usually just seen in dedicated cameras. Even for dedicated cameras or lenses, a 16-millimeter to 160-millimeter zoom range is solid. It’s great to have an ultra-wide option for landscape shots or for group photos, and then another that lets you zoom into the details. And it’s great that there’s a higher chance now that zoomed-in shots actually make it to our Instagram feed. – Rappler.com