The women behind the games Game development may seem like an all-boys club, but Filipinas from across the world have played a major role in creating experiences and reshaping the landscape of what games can be.

In celebration of women’s month, here is a roundup of some of the Filipinas helping to shape the future of the industry. Enrolling in De La Salle – College of St. Benilde’s Game Design and Development (GDD) course was the next logical step for Patrice in high school. But making games was not all fun. She explained, “I was never a technical person but I found several aspects fit for me!”

With their team’s drive to make games for change, the Program’s Chair, Norman Lee, connected them to Yellow Boat Foundation. “You can invent something not only to stimulate the mind but also to share a strong message and give people something extraordinary.”

Their game won Game of the Year from the Department of Information and Communications Technology (DICT) Game On! Awards Night last November 2018.

One of her team’s goals for the year is to release both Yellow Boat Reimagined, a virtual reality experience of life in the remote regions of the Philippines, and their Global Game Jam (GGJ) game Parasomia commercially.

“Games aren’t made to be perfect. It’s meant to be imperfectly beautiful, and it deserves to be shared.” Keana’s family didn’t see the practicality of spending on toys or games. To her, games meant sports, violence and fighting. But in high school, her friends showed her indie classics such as Braid, Limbo, and Papers, Please.

“I didn’t know games could move me so much, and I gradually realized I wanted to move other people in that same way,” she said.

During her graduation, she was awarded Most Promising Game Artist.

Moving to Canada, she took up the Art Fundamentals but shifted to the Honors Bachelor Program for Game Design at Sheridan College. “When I started developing games with people, my whole mindset changed.” It didn’t take long for their school projects to gain attention from the press and well-known streamers. She has exhibited and has been awarded a GDC Scholarship.

Nowadays, Keana is the Art Lead for Booyo Park, a location-based Mixed Reality experience, and the Lead designer of Summoner Showdown, which is part of a research project by Sheridan College and the Holland Bloorview Kids Rehabilitation Hospital. Their game’s goal is to gamify tablet-based fine motor therapy apps for children with cerebral palsy while fostering their relationships with family and friends. 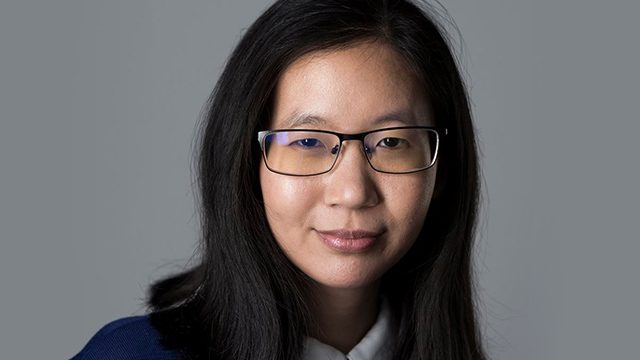 Moving to Taiwan, she sought out communities and a support system similar to what she has built in Manila. Discovering the support of Taiwanese government for new ideas and technology, she joined a Maker’s Faire in 2016 exhibiting Le Petit Prince x Mixed Reality which also became a finalist during Digital 4C’s Competition.

“Remember, Wayne Gretzy said that you miss 100% of the shots you don’t take,” so Michelle applied and was the 7th Winner of the STEM Toptal Scholarship for Women allowing her to pursue a Master’s Degree in Video Game Enterprise and Production in Birmingham City University. While in the UK, she was named by GamesIndustry.biz’s Top 100 Rising Star Game Developers.

Shaped by a desire to see equality in the industry, she became a member of the BAFTA Games Crew, a STEM Ambassador and a Women in Games Ambassador.

Michelle is exploring how to bring awareness to mental illness by transforming people’s stories into games through her team’s project MuniReality. These days, Resa is building Davao’s game development and art community through her efforts. “Pursue game development not because it sounds cool or fun, but do it because you’re passionate about it,” she said. Spending sleepless nights grinding in Ragnarok Online Classic, Beatrice Lapa volunteered to be a game tester for the local publisher, Level Up, Inc. When there was an opening for Game Writer, she took a shot eventually becoming a Gameplay Specialist.

Cementing her love and passion for the industry, she went to Anino producing award winning games while pursuing her education further.

Nowadays, she is referred to by her students as Doc B and helps refine the Game Design and Development program at DLS-CSB. Through her independent studio Senshi Labs, she has developed educational and Philippine inspired roleplaying games geared towards providing alternative learning experiences with her favorites being Adarna 2: Alamat ni Maria Blanca, Mathoria, and Anemone. After quitting her job as a storyboard illustrator for advertising agencies, Michelle “Shelly” Soneja wanted to work on something new and, hopefully, withing the video game sphere.

Learning as she went, her skills have evolved from 2D to making 3D textures, and animating through the game engine, Unity. Of her journey, she said, “Take inspiration from anywhere. Be a team player, be collaborative, be communicative with all departments involved. Don’t take critique personally.”

As a Senior Artist transitioning to Art Director, Shelly is now levelling up her communication and management skills by going beyond for her team. Nowadays, she knows managing an art team isn’t limited to vetting the quality work but overseeing the growth of everyone.

“Game development asks a lot of you and it’s not for everyone, but if you like the challenge of learning and applying new things and working with all sorts of people while trying to make a hit game that others would enjoy, this industry might be for you!” she explained. Growing up in Iloilo, game development wasn’t an option. Xiao thought she would be a biochemist while playing video games with her friends, but landing an internship with Anino in 2011 set her on the path to becoming a game designer.

Eight years later, she is now the Game Designer Manager for Secret 6, and the Head of Marketing for one of the most ambitious competitive game made locally, Project Xandata.

Her growth mindset and holistic approach allowed her to explore different facets of game development.

In 2017, she was awarded with a GDC Scholarship and was part of the Pixelles Ensemble which opens opportunities for women, nonbinary, and genderqueer game developers.

She said of her endeavors, “Your passion will drive you but it is your discipline and perseverance that will take you further and past challenges – and get things done.” With the intensity and the excitement surrounding her everyday lives, she reminds people, “Remember to pause once in a while, take a breather before jumping right into it again.” Danni’s Mom wanted her to take “something with computers” since she was always watching or doing something in front of the screen. Before setting her eyes on DLSU’s Computer Science course, she found out about DLS-CSB’s programs and applied.

After working for game companies, she and her partner set out to established a local studio, Yangyang Mobile.

Yangyang Mobile’s games have found their community and with it comes heartwarming messages from players saying how their games changed their lives.

After successfully crowdfunding two games with Kickstarter, Danni says shipping games is stressful but fun. “It’s a very creative and collaborative process between different people with different skill sets, who are all passionate about what they’re doing,” she explained.

“There are a lot of branches in this industry: you can be a designer, an artist, a programmer, a producer, a tester, a voice actor, or even a journalist. Whichever role you decide to pursue, make sure you beef up your portfolio and do a lot of self-studying. “

The Diary
The Letter
Love Esquire