Diverse voices: Meet some of the LGBTQ+ folks in games development

Jun 30, 2019 8:30 AM PHT
Gwen Foster
Facebook Twitter Copy URL
Copied
In celebration of PRIDE month, meet some LGBTQ+ Philippine game developers who take pride not just in their work, but in themselves 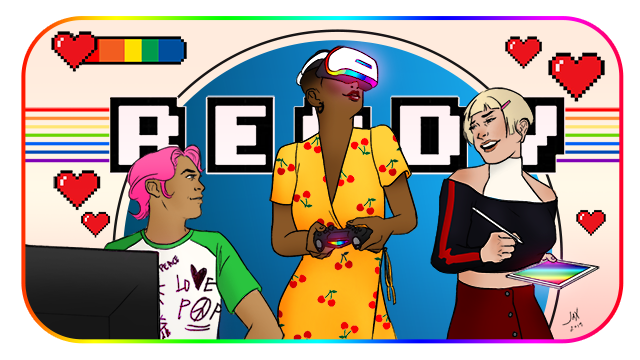 The Philippines might seem tolerant of LGBTQ+ individuals, but the struggle to fight for equal rights still continues.

“Unfortunately, the Philippines hasn’t passed the Anti Discrimination Bill yet. It’s always a gamble for us folks how much of our identity we can show the world we’re living in.” said Art Director Ryan Quizon. (READ: [OPINION] Life without bullies? Why Senate must pass anti-discrimination bill)

In celebration of PRIDE month, meet LGBTQ+ Philippine game developers who take pride not just in their work, but in themselves. 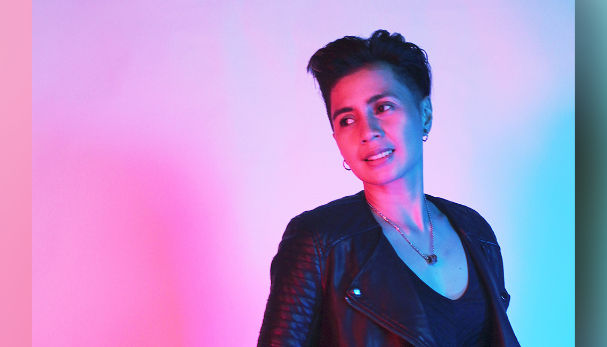 Before this year, Timi didn’t know anything about game development. They only wanted to push the boundaries of Architecture and Design Industries through Virtual Reality (VR).

After joining Global Game Jam: VR Site, they liked the possibilities game development tools offered and set forth to establish their start up VR Spaces. Focusing on providing interactive virtual experiences for any kind of space, they utilize Unity and Unreal Engine 4. (READ: A passion for virtual reality: VR Philippines and growing the niche)

They are currently working on their Ambassador program called VR Bae, and working towards pushing for the use of Virtual Reality in the start up scene. “Just go out there and start now.” 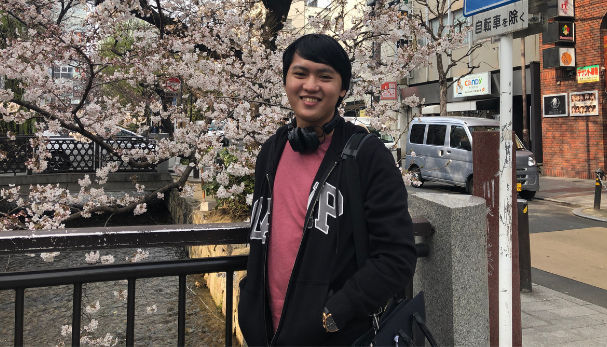 During college, he created a Final Fantasy-inspired game as a requirement for his Object Oriented Programming subject. During his tenure as a Junior Game Programmer for the Studio of Secret 6 (S6), he used different tools, depending on the project.

In 2013, he was transferred to the newly formed Game Analysis and Design Team where he would improve client’s game ideas and strategize on monetization, and design games.

Nowadays, he takes on freelance work creating games for both mobile and the web. “Being passionate about games is not enough to secure a stable job in the gaming industry. One must dedicate a lot of time to learn about new trends and technologies.” In 2018, he dedicated his time and efforts to work on his own games.

8-walo is a trivia horror game originally slated for release late last year. “But life happened!” It is aimed to be released later this year with a lot of changes to the design.

“It does not matter if you’re straight or not, at the end of the day – it’s all about who’s competent and has the drive to give players a fun and “one of a kind” experience.” 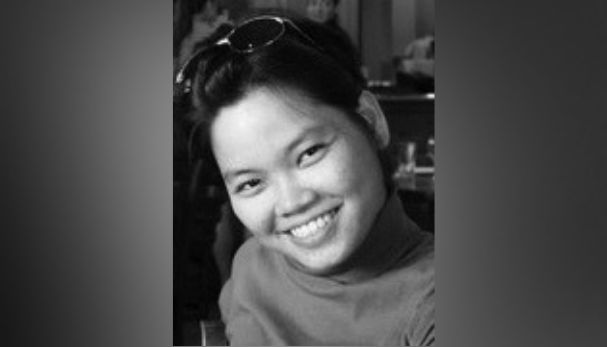 Starting out as an artist in a local outsourcing firm, Len de Gracia decided to move overseas and join the development studio, CD Projekt Red, of which The Witcher 3: The Wild Hunt is a critically acclaimed and successful franchise.

Through their role as Environment Artist in The Wild Hunt, leveling up to a Senior for Hearts of Stone, and a Senior for Blood and Wine, Len strived to establish memorable worlds players can immerse in.

“It’s a commitment to try to be a perfectionist in your craft while working within the limitations of production deadlines.”  Eventually she took on the additional role of the Assets and Outsource Manager for the highly anticipated Cyberpunk 2077.

Above, you can see a talk by De Gracia, called Silent Narratives: Designing through the Eyes of an NPC (Non Playable Character), held during the 2015 Poznan Game Arena in Poland.

“My advice to the LGBTQIA+ is to generally never fear to express yourself, choose a company that will honor and celebrate who you are.” 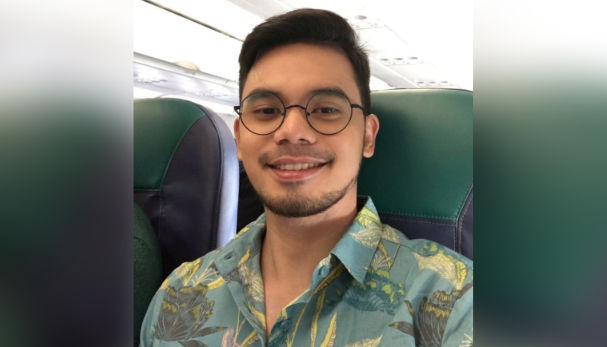 “While the game industry is dominated by cis heterosexual men, there is still plenty of room for everybody,” Lawrence De Jesus explains.

After graduating Computer Science in Mapua’s Institute of Technology, Lawrence realized he didn’t want to make just any kind of software – he wanted to make games. He took a few short courses with CIIT College of Arts and Technology and landed a role as a programmer for one of the longest running independent game studios in the Philippines, Kooapps.

Lawrence is part of the team behind the 2019 International Serious Play Gold Award Winner, Pictoword – a game combining gamification with educational content to help students and non-English speakers achieve proficiency in spelling and vocabulary acquisition.

“As a game developer,” De Jesus added, “I’ve learned that games can be a multitude of things: educational; stress relievers; and even used for therapy. Games can move people and change their lives for the better.” 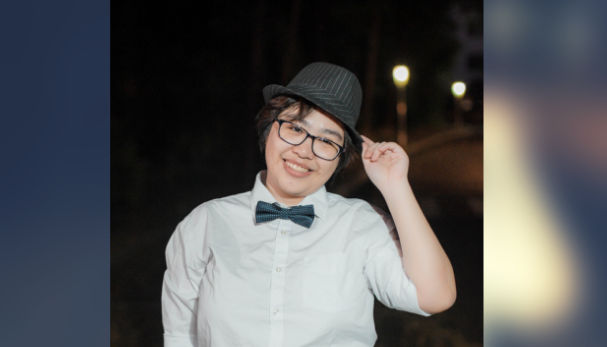 Trish applied as an intern for Anino Games in 2011 and a year later, was hired full time. Starting out in Quality Assurance or Game Testing allowed her to understand end-to-end game development.

“In an industry where thinking outside the box is often the key to making a breakout game, don’t be limited by the stigma or the status quo of the work environment. Talent and hard work speak for themselves,” she said.

Anino’s transitions over the years gave her the opportunity to wear many hats and experience the different sides of the industry: from third party, outsourcing, to independent game development.

She added, “Don’t be afraid to share your truth, you have more allies than you know.” 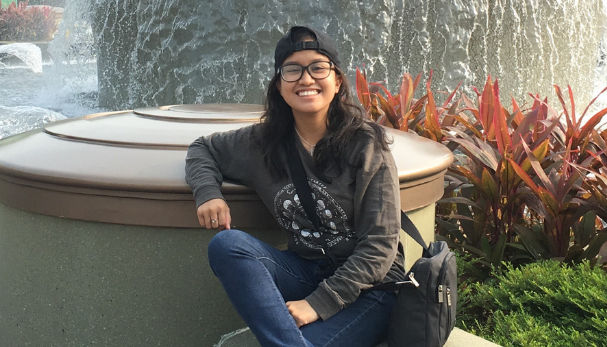 Pokemon and Suikoden 2 were the reasons Maxie stayed up late during her childhood.

When she took Game Design and Development during college, it provided a holistic approach to all sides of game development which allowed students to find their strength. For Maxie, it was 3D Art. After working for a japanese mobile game company, she decided to take the plunge and pursue her dream of being a part of the AAA game industry.

These days, her work with NarraSoft allows her to take on projects creating toys, mobile games, PC games, and AAA titles.

“My journey in the Philippine Game Development so far has been empowering because we collaborate and share ideas with different types of people. One thing I can say is: ‘Embrace yourself.’ There’s nobody in this world who should love yourself more than you do.“ 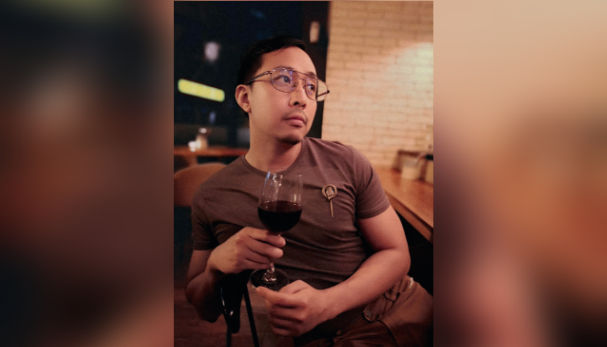 Coming from the TV industry, shifting industries was a culture shock for Ryan. Whereas his work in TV required him to come up with concepts on a weekly basis, games had longer timeframes, more assets, and little to no creative control.

His current work allows him to experience both. While he was out to his family and friends, coming out to colleagues initially took time and caution. But “it was people within this industry that allowed me to join my first ever Pride March. I marched for the first time with straight allies who are also game developers, and I couldn’t be any happier.”

When he worked with Studio Kontrabida, he was already out to the industry and it didn’t matter that he was gay.

Ryan designed the user interface and animated the hedgehog in the above game, Escape with Words.

Ryan said of increasing acceptance of LGBTQ+ voices in the industry, “We can also do our part in changing the landscape of the industry. For those who can, out game developers can inspire other queer developers to feel safe in their workplace. For those who work on their own games, they can create more queer content and representation. Let’s aim for a future where a boy won’t be ridiculed for choosing Chun Li over Ryu.”

This space is for all the other creative members of the LGBTQIA+ community who cannot be featured or feel the need to censor themselves because of whatever other reasons the world may have imposed on them. This space is for you. You deserve to be seen and heard. Be proud. We celebrate you all. – Rappler.com