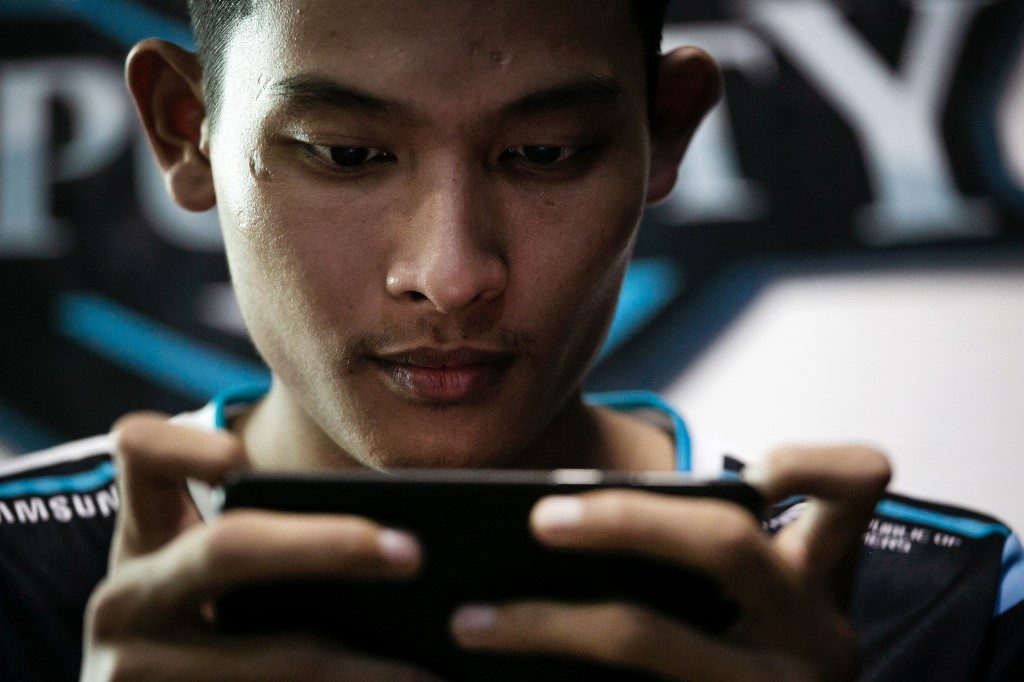 YANGON, Myanmar – Esports star Myint was on the cusp of victory when the screens went dark in the Yangon cafe where he competes, costing him thousands of dollars in missed prize-money and denting his reputation.

Myanmar’s gaming scene is mushrooming, but frequent power cuts are holding players back in the emerging democracy.

“Every time a black-out happens, we curse out the electricity corporation — and it happens often,” he told AFP.

More than 60% of people in Myanmar still live without reliable electricity after a political transition in 2010 that sought to pull in foreign investment after decades of junta rule.

That includes getting in on the global explosion in esports, a billion-dollar industry that will be a medal event in the Southeast Asian Games in November for the first time.

But Myanmar is at risk of missing out with power cuts, few personal computers and a dearth of resources to support travel and competition abroad holding homegrown champions back.

Myint Myat Zaw, a 21-year-old player also known as “Insane,” said he has lost about 40 matches due to blackouts, making it difficult to earn a slot abroad where cash prizes are now in the tens of millions of dollars.

He plays Dota 2, which in Shanghai hosted its equivalent of the champions league this weekend, boasting a record $34.3 million prize pool.

But Dota 2 tournaments are rare in Myanmar, he said, making it difficult for him to earn a living from the game.

“The last 3 years was the hardest period of my career… I lived in a game shop and was also short on food,” he told AFP.

For gamers, a dingy internet cafe has long been the typical venue to battle it out with players from other countries.

But that has started to change as cheap SIM cards hit the markets and smartphone use soars.

Mobile penetration stood at just 7% in 2012, but demand has skyrocketed and the figure now sits at more than 80%.

Players competing on mobiles can stay logged on when local grids go dark.

It is also cheaper.

“We only have phone bills which don’t cost very much,” he told AFP.

Last month, Impunity, with more than 400 other teams, took part in a PUBG tournament hosted by Samsung Galaxy at a Yangon mall.

Staring into smartphones, players took down their opponents with sniper rifles, the action projected onto a large screen as spectators cheered.

The prize pool for the tournament was around $7,000, an immense sum in a country where the average income is less than $1,300 a year.

Impunity’s country manager Brian Min Sett said the increasing value of winnings was sign of growth as “our country doesn’t have many high-prize tournaments.”

Myanmar, like other developing countries, is at “a serious disadvantage” compared to its neighbors, said Jeremy Jackson, market analyst for eSports reseach firm NewZoo.

“Access to stable electricity and internet are crucial when it comes to competitive gaming,” Jackson told AFP.

In a country that has produced few international athletic stars, eSports offers players a way into a global community and a chance to make a steady salary, especially for those competing in ultra-popular mobile games.

“They can make their own living just by competing in tournaments,” said Kaung Myat San, co-founder of the HOG e-sports center in Yangon.

Myanmar’s sporting authorities lack funding, so HOG plans to send 16 athletes to represent Myanmar in the Southeast Asia games – including Myint Myat Zaw, who was scooped up as a salaried player earlier this year.

Both Dota 2 and Mobile Legends – a fantasy battle game designed for smartphones with more than 3 million users in Myanmar – will be part of the competition.

After years of struggling to eke out a living playing for people wishing to boost their scores, Myint Myat Zaw said he was “proud” to now be representing Myanmar.

“Although there is more pressure, it makes me keen to do better,” he said. – Rappler.com