‘Hearthstone’: What you need to know 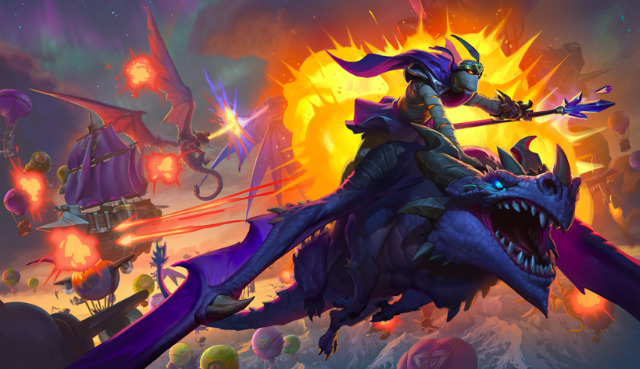 Hearthstone: Heroes of Warcraft is one of the 6 medal games to be featured in the inaugural esports tournament of the 2019 Southeast Asian Games (SEA Games) following its inclusion in last year’s Asian Games as an exhibition sport.

Here’s the game in a nutshell:

Hearthstone is a digital collectible card game (CCG) developed and published by Blizzard Entertainment. The game is set in the Warcraft universe – a world which first came to life in 1994 in the form of the strategy title known as, well, Warcraft.

Hearthstone is named after the enchanted stone from the long-running online game World of Warcraft, first released in 2004, that lets players teleport to an inn.

It was originally developed as an experimental game by a small team who wanted to make a compelling CCG title that players could easily pick up and enjoy. The team of designers borrowed elements from traditional tabletop card games such as Magic: The Gathering  and the World of Warcraft Trading Card Game, combining it with some of their own ideas to create the game’s mechanics.

The game launched for PC and Mac in early 2014 and was later ported to iOS and Android.

In Hearthstone, 2 players go head-to-head against each other, taking turns playing cards on the board, with the goal of reducing the opponent’s health to 0.

Before each game, players select one of 9 character classes; each with its own set of distinct abilities and cards. Players start with 30 cards on their deck, which are typically made up of minions, spells, weapons, and hero cards. All these cards have strengths and weaknesses. It’s up to the players to figure out how to best use them against their opponents.

See, players cannot simply play all the strong cards in their hand in a single turn as playing cards on the board cost mana. For the uninitiated, mana, as in many games, is a limited resource that a player uses in order to perform a skill or move. Depending on the game, it regenerates on its own over time, regenerated using an item, or regenerates every turn as is the case with Hearthstone.

Players start out with one mana crystal on their first turn. They then gain one more for each subsequent turn until they max out with 10.

Players can also use real money or the gold they earn in-game to buy card packs that expand their collection and beef up their decks.

Hearthstone proved to be a massive success for Blizzard Entertainment and its parent company Activision, amassing a steady player base numbering millions.

The game has gained quite a following in the esports circuit, as well, being included in some of the world’s top gaming tournaments such as Major League Gaming (MLG) and Electronic Sports League (ESL).

Blizzard, themselves, have been hosting the annual Hearthstone World Championship since 2014.

The game was featured in the 2018 Asian Games as a demonstration sport, along with Starcraft II and Arena of Valor – two other titles that were also selected for the 2019 SEA Games.

A Filipino, Euneil ‘Staz’ Javiñas, won a Hearthstone tournament  in 2016 that netted him US $150,000. (READ: Q&A with Hearthstone champion ‘Staz’ on his winning moment)

Unlike other esport titles, Hearthstone doesn’t require finger dexterity. Winning usually boils down to building the right deck, making the most optimal plays in each turn, and a tiny bit of chance when drawing cards. – Rappler.com