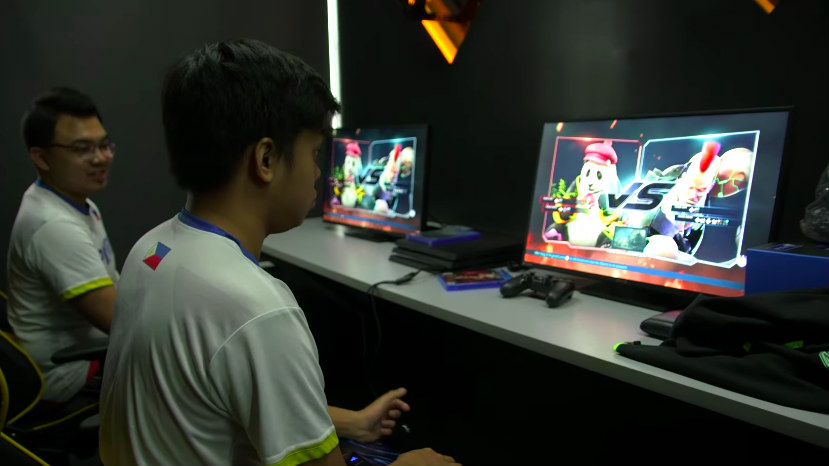 MANILA, Philippines – Tekken 7, the latest entry in the long-running fighting franchise is one of the 6 titles to be included in the esports contests of this year’s Southeast Asian Games.

We had the chance to talk to the pair and ask for some tips on how players can improve their skills in the game.

Pressure your opponents with “pokes”

A “poke” is what the Tekken community calls fast, low damage attacks that can help set up combos. Sure, they don’t hurt your opponent as much as other moves in your repertoire, but poking can slowly chip your opponent’s health away, putting you at an advantage. This can then throw them off their game and open themselves up for more devastating attacks.

Stick to learning one combo first

The key to dealing heavy damage in Tekken is launching your opponents in the air and chaining multiple attacks in what is called a juggle combo. Of course, you can’t perform a combo by simply mashing random buttons together. It takes some practice to execute them as they can be strict with timing and precision.

That’s why it helps to focus on learning one combo first. Start by getting a feel of your character’s moves and practice stringing a few of them together. When you’re more comfortable with the timing, work on extending your combos to maximize the amount of damage you deal.

Having at least one combo mastered can greatly increase your damage output whenever your opponents present you an opening.

When it comes to combos, the easiest characters to master, according to ‘Doujin’ and ‘AK’ are Lili, Alisa, Miguel, and Jin. So in case you’re still struggling, you may want to try these characters out.

Try to read your opponents

Most fighting games, including Tekken, involve being able to anticipate your opponent’s attacks and finding good counters on the fly. Having an idea of how they behave or what moves they like to use can give you an opportunity to counter, as well as avoid sticky situations that open you up for combos.

It’s all about paying attention to how they play and making split-second adjustments to your strategy. If you see your opponent blocking a specific combo, switch to another one. Keep them guessing as you also make educated guesses about what they might throw out next.

Watch out for Rage moves

Tekken 7 expands on the Rage System of the series by adding Rage Arts and Rage Drives. Rage Arts are comeback moves that deal massive amounts of damage while Rage Drives are powered-up versions of regular attacks that create new combos. Both types of moves can only be used when you’re at critical health.

If you’re the type of player to rush your opponents and finish the fight when they’re at low health, you might want to rethink your game plan. See, getting hit with these new Rage moves can instantly turn the tables of a fight.

Can’t win all of ‘em

No matter how good you think you are, there’s just no way to ever win all your matches. Losing, however, is an opportunity to grow your skills and learn from your mistakes, as cliche as it may sound.

Both ‘Doujin’ and ‘AK’ admitted that they too have experienced a lot of disappointing losses in their professional careers, but it only made them want to get better at the game. The two pros said it helps to think about why you lost a match and how you can do better in the next one. Doing so for each defeat lets you learn new things about the game and improve your performance.

Don’t forget to enjoy the game

It goes without saying that to have the patience and passion to become a great player, you have to enjoy playing the game. Whether you’re a casual player looking to be the best among his friends or an aspiring pro, the best way to get good at Tekken 7 is to simply play it and have fun. – Rappler.com