‘Arena of Valor’: What you need to know 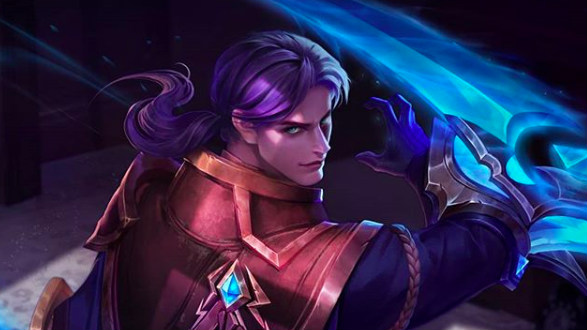 MANILA, Philippines – Arena of Valor (AoV) is one of the 6 medal games to be featured in the inaugural esports tournament of the 2019 Southeast Asian Games (SEA Games) following its inclusion in last year’s Asian Games.

Here’s what you need to know about the game:

What is Arena of Valor?

AoV is the international counterpart of Honor of Kings, a China-exclusive multiplayer online battle arena (MOBA) akin to the likes of Dota 2, League of Legends (LoL), and Mobile Legends: Bang Bang (MLBB).

The game was developed by TiMi Studios, the development company behind Call of Duty: Mobile, and published by Tencent Games for iOS, Android, and the Nintendo Switch.

Similar to other MOBA games, the aim when playing AoV is to destroy the opposing team’s base while protecting the player’s own. To do this, players take control of heroes who each have their own unique set of skills and abilities.

There are currently 85 heroes in the game that players can choose from, each belonging to at least one of 6 different classes: tank, warrior, mage, marksman, assassin, and support. These classes can determine what roles players take in their respective teams.

For instance, heroes from the tank class can absorb plenty of damage, making them good for moving the team forward and pushing the enemies back. The marksman class is made for dealing tons of damage at a distance. The synergy of character skills and strengths, and a team’s ability to adjust to the opposing team’s composition have a role in a team’s success.

In order to win, players need to level their heroes up by killing AI-controlled enemies called minions, defeating enemy heroes, and destroying defensive turrets. Doing so also earns them gold, which they can then use to buy items that boost their heroes’ stats.

According to Reuters, AoV failed to capture the same success in North America and Europe as Honor of Kings did in China, with the game only pulling in about 150,000 and 100,000 daily active users in those two markets respectively.

In comparison, Honor of Kings reportedly has up to 55 million daily active users and rakes in about $145 million per month.

Despite the game flopping in those regions, AoV seems to be enjoying a healthy playerbase in other parts of the world, attracting an average of 14 million daily active users.

The game was selected by the Olympic Council of Asia (OCA) and the Asian Electronic Sports Federation (AESF) to be featured as a demonstration sport in the 2018 Asian Games.