Dec 3, 2019 6:22 PM PHT
Kyle Chua
Facebook Twitter Copy URL
Copied
The members of the Dota 2 national team for the 2019 SEA Games share their tips to help you get a leg up against the competition 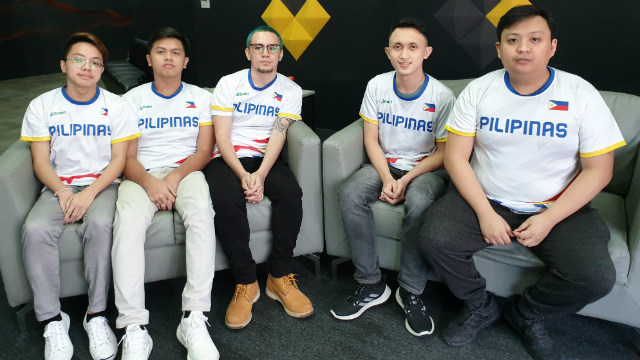 MANILA, Philippines – Dota 2, one of the most popular multiplayer online battle arena games in the world, is among the six titles to be featured in the inaugural esports competition of the 2019 Southeast Asian Games.

We had the chance to talk to some members of the team and ask them for some helpful tips on the game.

If you want to be effective in your team, you have to play your role well. Remember, each role in the team is crucial to victory. That’s why it’s a good idea to stick to one role first, especially if you’re just starting out. Get a good grasp of the responsibilities of that role before selecting a couple of heroes that fit the play-style. Of course, to master your role, you have to keep playing that role in practice games and public matches.

There are a lot of things going on simultaneously in a game of Dota 2 and it helps to be aware about most of them. See, your minimap doesn’t always give all the information you need. For instance, you can easily be killed when you’re caught off-guard and unaware of where enemy heroes are.

Don’t focus solely on your immediate vicinity. Pay attention to the enemy heroes’ movements then try to make educated guesses of where they might go next. Practice scanning the map by moving your cursor around the different lanes.

If you notice an enemy hero is missing in one of the lanes, warn your teammates immediately. The faster you react, the more time they have to prepare for a possible ambush.

You can definitely learn a great deal by watching streams of your favorite pro players. Observe their movement and farming patterns. Take note of their item builds. Try to think and understand why they make certain decisions in the game, then incorporate whatever you learn from them when you play.

Dota 2 is a team-focused game that demands constant communication among teammates. You’re likely going to be more comfortable teaming with your friends or people you know. But there’s actually some merit to playing with complete strangers.

Whether it’s players you meet online or players who play in the same cafe, partying up with strangers can help you expand your knowledge of the game. It exposes you to other strategies and play styles, which you can learn and use for yourself.

It can also pressure you to be more effective in your role since strangers may be less forgiving about your mistakes than your own friends. In essence, you’re gaining a lot of things as an individual in a different team, which you can then bring to your team of friends.

Yes, Dota 2 can have a very toxic community of people who shame inexperienced players, use sexist and racist slurs, and make personal attacks. However, not everyone you encounter wants to hurt your feelings. When someone calls you out for your mistakes, don’t always take it as an insult to your skills.

Not every player can express their thoughts politely when feeling the pressure of the game. So treat them as hard reminders that you still have room for growth. – Rappler.com